Americans continue to adopt—and spend on— technology in ways that were unimaginable a decade ago.

That trend is causing tectonic shifts in media consumption and power.

And these trends are vastly reshaping advertisers’ ability to market their products. In some cases, technology is making consumers harder to reach through traditional advertising. Yet the software (and the data it collects) now infiltrating every corner of our homes and every moment of our lives is opening an increasing number of powerful ad targeting opportunities.

The Consumer Technology Association (CTA)™ forecasts that total consumer spending on subscription music and video streaming services – categories that barely registered a few years ago – will reach $25.9 billion in 2019, a surge of 25% year over year.

As more people begin to seek alternatives to traditional pay TV services, CTA forecasts that the number of set top boxes in the market will dip in 2019. Meanwhile, the number of streaming devices shipping to the U.S. in 2019, ranging from Amazon Fire TV Sticks to gaming consoles and smart TVs, is expected to reach 78.5 million. 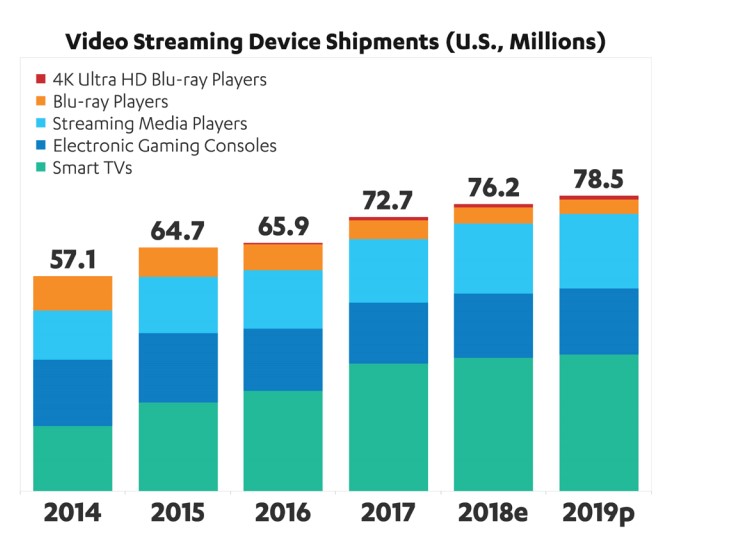 In a sense, cable bundles aren’t necessarily disappearing. According to Rick Kowalski, CTA’s senior manager, Industry and Business Intelligence, streaming devices of all sorts are replacing boxes. This proliferation of streaming devices is potentially providing marketers with new data sources for ad targeting, yet it also sets up new power players when it comes to data control. Roku, Amazon and others are already emerging as powerful gatekeepers as ad-supported streaming becomes more prevalent – not unlike the so-called "walled gardens" of Facebook and Google in digital advertising.

2. As cord-cutting picks up, more people are turning to skinny bundles, which are getting fatter

As newer subscription offerings emerge with deeper channel lineups, CTA sees a new opportunity for mid-tier cable networks. In fact, the average pay TV streaming service now has about 100 or more channels, up from a few years ago.

That should give brands more options to reach people via TV ads for theoretically reasonable rates. At the same time, this trend could also accelerate the drive among smaller to mid-sized cable players to collaborate on ad sales initiatives, or to push for more automated ad selling.

3. Livestreaming is ready for a breakout moment in 2019

Although the explosion in streaming video has been driven by non-ad supported services like Netflix, CTA Market Research believes that 2019 may the year that live TV streaming takes hold in a big way.

The growth rate for some of the early players, like DIRECTV NOW and Sling TV, has slowed, but services ranging from Fubo TV to Hulu and YouTube’s cable alternatives are adding subscribers rapidly. CTA expects consumer spending on subscription video streaming services to reach $18.2 billion in 2019, a 27 percent increase over 2018. That could provide a wealth of new ad inventory for advertisers, as each of these services can theoretically deliver more targeted, dynamic TV ads. This trend could also buoy struggling legacy media brands.

4. There is no clear leader emerging in OTT devices

Even as Roku and Amazon Fire TV sales surge, there are numerous other successful players in the market.

The same is true among smart TV sales: Vizio, LG and Samsung are all experiencing growth. CTA predicts that 36 million smart TVs will ship to the U.S. in 2019.

That means there is no clear indicator of which company will dominate the interface on connected TV, as well as media distribution advertising and data.

That’s good news for media companies, which love to have options when negotiating distribution. But at the same time, fragmentation makes advertising on multiple streaming devices theoretically more complicated.

5. Voice is coming to all your devices, not just smart speakers

Sales of smart speakers, such as Amazon Echo and Google Assistant, have surged in a way not seen since the introduction of tablets.

“They are the new search engines,” said Kowalski.

Many other devices are incorporating in voice functionality, including smart TVs, gaming systems and soundbars.

According to CTA’s Voice Shopping: Consumer Sentiment & Use Study, 28.7 million American adults have shopped using a voice-activated digital assistant in the past year.

That has huge implications for marketers. They need to take measures to ensure that not only are their brands findable through voice search and voice enabled but also are optimized for discovery on multiple devices.

6. 5G is nascent, but it could upend content delivery and consumption

Poised to revolutionize wireless and broadband, 5G is being rolled out by Verizon, AT&T and others. Trials for 5G will begin in 2019, bringing the first 5G handsets and phone services in the US and offering the fastest wireless speeds to date.

The bandwidth of 5G signals are a game changer, with some analysts speculating that it could eliminate the need for fixed broadband in the home.

The technology should allow for more devices in the home and more bandwidth for content, Kowalski said. CTA predicts that 5G will accelerate the growth of 4K Ultra HD content, as well as 5G phones.

For marketers, that means that more content will be delivered through wireless connectivity. The question remains whether that means people will spend more time with ad-free content. On the other hand, 5G delivery could yield more powerful data and targeting.

Those direct-to-consumer relationships provide both companies with powerful distribution channels for new music – and potentially other forms of media. 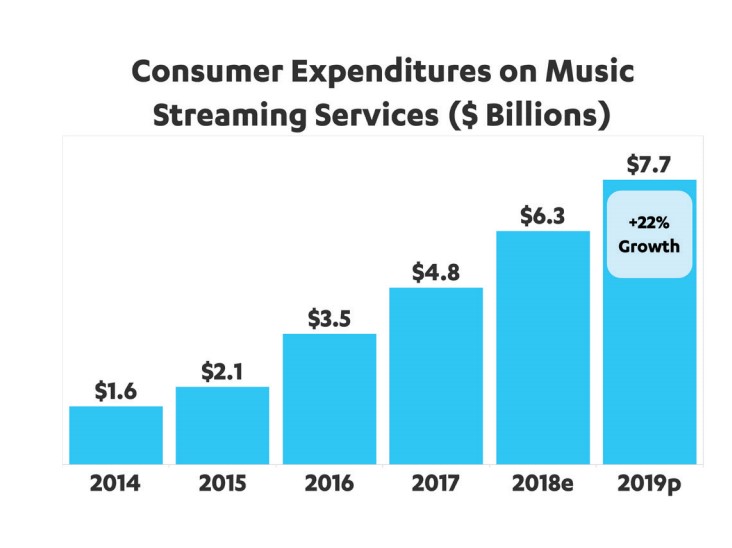 There is an opportunity for a leader to emerge in programmatic audio advertising, as evidenced by a slew of recent acquisitions in this arena. Both Spotify and Apple could look to exploit their positions to capture this market. To date, Spotify has exhibited a more overt interest in expanding its advertising footprint, while Apple as a company has generally been less enthusiastic about the ad business (it outsources ad sales for Apple News to NBCUniversal, for example). That theoretically presents a big opening for Spotify.

Free games like Fortnite have soared in popularity over the past several years, and some freemium games are actually earning large amounts in revenue, in-game spending and partnerships.

Although most games of this ilk provide incentives aimed at converting free players to paying subscribers, a large portion of the game-playing universe prefers the free model, and CTA’s data sees the rise with in-game spending.

As this market grows, so does the opportunity for advertisers to reach consumers by offering game enhancements in exchange for watching ads.

For marketers, 2019 will be another year of constant – at times highly consequential – change, driven in large part by consumers’ rapid embrace of technology. Simply put, the way people entertain themselves, stay informed and essentially live their lives is being reshaped as they adopt new devices and assimilate different operating systems into their lives.

All this change creates uncertainty, upheaval and opportunities for brands – that is, if they can get out in front of these shifts. Therefore, it’s time for marketing leaders to take the mantle of consumer technology-driven change and look to shape trends in their favor. 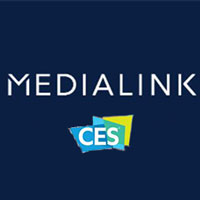