As we log on to yet another Zoom meeting from our home offices, in between baking bread and buying a fire pit on Amazon so we can socialize outside during the winter months, it’s become obvious how much home has come to mean during the pandemic.

What may not be as obvious is how this idea is extending to the world right around us, into how we are frequenting local businesses, restaurants and the outdoors in the form of parks, hiking trails, and other diversions that make up this broader definition of home. The reasons why this is happening intersect with a variety of pandemic-related issues, which I’ll detail below, but as brands wrestle with how best to aid consumers during an uncertain time, they would do well to look at how their brand might intersect with what people are doing locally. Consumers are finding four benefits around staying local:

Health benefits: As it became clear that outdoors is a safer place for socialisation than indoors, consumers (along with brands and retailers) have changed their relationship with the outdoor world. One of the tableaus of summer was the sight of consumers eating and drinking at outdoor cafes, hastily set-up by local bars and restaurants, and that is continuing to the extent possible during colder months in much of the world.

Mental benefits: Even as the weather has gotten colder, consumers are embracing the outdoors, with some embracing the Norwegian concept of friluftsliv, or 'free air and life', to find solace and centre themselves. The health benefits of time outdoors have long been proven, but increasing numbers of consumers are turning to nature as a way to cope.

Financial benefits: The recession and economic uncertainty, are causing people to watch their spending, and that is nudging people in the direction of staycations as well, with renewed interest in day trips, novelty excursions and exploring local cities. In addition to being inexpensive, these trips have the extra benefit of allowing consumers to return to their safe space – home – in the evening.

Community benefits: Supporting on the community level takes on a number of guises: local residents who may have previously overlooked local businesses and attractions in favor of more far-flung destinations are discovering what’s always been right there, and domestic tourism is also finding appeal, since international travel currently has many drawbacks. Neighbours have also been helping neighbours – according to the UK’s Office For National Statistics (June 2020) 64.1% of respondents said ‘other local community members would support them if they needed help during the pandemic. Collective support, and community spirit in the face of adversity, has reinforced how vital communities are in forming and maintaining our mental, physical and financial wellbeing.

Thus far, these trends favour the well-prepared brand, so when it comes to supporting locally, the brands who have seemed most active in these areas are the ones which had laid groundwork before the pandemic that positioned themselves well for this moment.

The North Face, which has been campaigning for Earth Day to become a National Holiday, has filled its site with content for newly-minted explorers. In May, it unveiled a partnership with the hiking app AllTrails, “to help you find your new favorite trail to hike, bike or run – just waiting to be explored in your own backyard.” Videos on the site educate visitors on the basics of hiking, camping and backpacking.

In a partnership with the National Park Foundation, US beer brand Michelob Ultra, which touts itself as a post-workout brew, is hiring a chief exploration officer to travel to the country’s major national parks, underscoring the current interest in road trips and virtual travel.

The US home improvement retailer Lowe’s, which has been pushing to establish itself as a community hub, held curbside trick or treat for Halloween, where local families could drive to a store to experience Halloween in a year where much trick or treating is banned. Trick or treaters got candy and a pumpkin for free.

Nike has just opened its eighth community store in the Watts neighbourhood in LA. Described as a 'store for the people, by the people', with 85% of staff living within a three-mile radius, it is also allocating paid volunteer hours for employees to give back and is supporting local organisations and creatives through the store. The assortment of merchandise is tailored to the local customer base and there is a range of Watts- branded products. Though the program isn’t directly related to the pandemic, it’s an example of how a major retailer can help a community on a much more focused level.

Look to these trailblazing brands as inspiration for what can be done at the local level to raise up businesses and communities – and the consumers that are staying close to them. 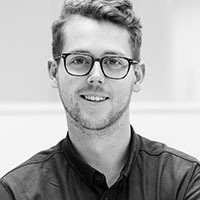 Joe McDonnell is head of WGSN insight.
Get a demo
Topics
Send feedback