Heineken, Patagonia, and Nestle have all told their customers - against all marketing instincts - to not buy their brands. The results have been impressive. WARC’s case study editor, Lucy Aitken, explores the impact of such a reversal.

It’s the job of marketers and their agencies to persuade people to engage with brands, consider them, consider purchasing them, purchase them, like them, love them, talk about how much they love them and, of course, keep buying. But how about telling them not to buy your brand instead?

Heineken-owned Tecate beer took a purposeful approach in Mexico that was both commercially and societally effective. Through its agency Nómades in Mexico City, It implored Mexicans not to buy its brand if they were violent against women. That paper is now being discussed because it’s been shortlisted for the WARC Awards’ Effective Use of Brand Purpose category. One judge said: “You can’t row back from it. They nailed their colours to the mast to stand for these values.” It’s also been hugely effective: the paper appeared in the WARC 100, our annual ranking of the world’s most effective campaigns, because there were 75% more help requests to the RNR (Red Nacional de Refugios / National Shelter Network). Tecate also grew its revenue by 13.4%.

This strategy of dictating who can and can’t buy your brand tends to be an effective one. Consumers respond defiantly to being told that they can’t purchase something and just go ahead and purchase it. Think of Patagonia’s ‘DON’T BUY THIS JACKET’ print ad, perversely appearing in The New York Times on Black Friday in 2011, encouraging people not to indulge their rampant consumerism but to rein it in for the benefit of the planet. That catapulted the brand into double-digit growth for the next four years. Turns out people really did want to buy the jacket after all. 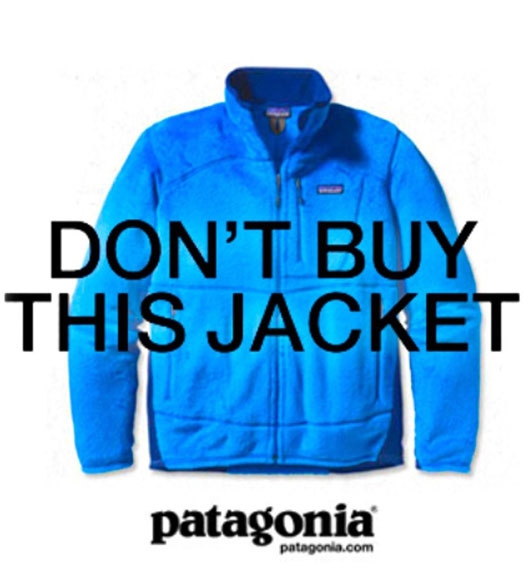 Nestlé-owned chocolate bar Yorkie, launched the controversial ‘It’s Not For Girls initiative, through JWT in 2002. The chocolate bar, long positioned as a macho snack to boost long-distance truck drivers, wanted to make a stand against the growing number of women enjoying traditional blokey pastimes like beer and football. So it attempted to ban women from buying Yorkies, to keep Yorkie as the last sacrosanct and inherently masculine indulgence. Packaging changed to reinforce the point. And, of course, the press got all riled up which helped drive sales. 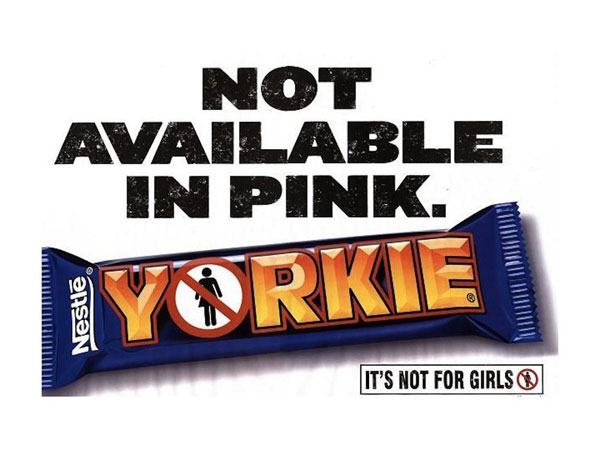 JWT also wanted to get people to rethink the ultra-feminine way in which chocolate was advertised. In its APG paper from 2003, citing Yorkie as ‘the ultimate feminist brand’ it says: “We had thought for a while that this might be a fertile area, but it was only when we put a bunch of chocolate ads targeting women onto one reel that we realised just how bad things were. It is pure choco-porn. Sensual eating shots, seductive music, lights down low.’

Of course, it was a sexist campaign which wouldn’t run now. Even 15 years ago, some shops in Liverpool and Birmingham banned the chocolate bar. Result? Tonnes of press coverage and increased sales: a 42% year on year increase with 65% of bars purchased by men. Possibly just to taunt women.

Like Patagonia and Tecate, when you ban people from buying your product, you steer them towards wanting it, particularly when there’s more than a dash of sexism involved. Remember when Robin Thicke’s 2013 track Blurred Lines was banned from YouTube for nudity and the song was also banned from campus on four UK universities due to its misogynistic lyrics? It quickly became the most downloaded song of all time in the UK, with digital sales of nearly 1.54 million.

So perhaps instead of sweating over being liked, loved and adored, you might be better spent deciding who you don’t want buying your brand. Because as soon as consumers get a whiff of exclusivity or are told they can’t do something, chances are they’ll come running.

The WARC Awards scheme is a global search for next-generation marketing effectiveness. Check out the shortlisted entries.