Earlier this year blogging platform Medium launched its introductory $5 per month consumer subscription product following the decision to shut down its advertising business to avoid becoming “extension of a broken system”. Evan Williams, CEO of Medium hopes the change will create a system that funds content based on its value to readers versus the production of digital content with the sole intention of attracting audience attention, and ultimately ad revenue.

Many publishers are now pursuing subscription models recognizing that to ensure sustainability, their efforts must include both advertising and non-advertising oriented initiatives. A Reuters survey shows direct reader payments is the funding stream with the highest priority among publishers, with 47% of respondents expecting to focus on this model above display or video advertising over the coming year. The editor of The Spectator – which is experiencing a boom in new subscriptions at 400 per week – supports this trend towards subscriptions, believing consumers are increasingly willing to pay for high quality journalism.

So, is a Medium-style rip and replace of the ad-supported model with consumer payments the right answer for all digital publishers?

Relying solely on advertising as a funding stream is no longer an option for publishers. The continued growth of ad blocking – especially among millennials – is eating into revenues, and the news that over 60% of Snapchat users skip ads on the platform illustrates the advertising model is not always an effective way to monetize content, even for very new platforms.

But abandoning digital advertising altogether is too extreme. After all, while Spotify's subscription service may be booming, it is still offered alongside an ad-supported model preferred by 60% of its active users.

The production of online content has a cost attached that needs to be paid for. But rather than dictate a singular model, publishers should enter into a conversation with their audiences about content compensation and provide a variety of options. When communicating with users, publishers such as Dennis have found that providing a range of options that allow consumers to choose how they would like to fund content result in a higher user engagement rate – configurations that include two compensation choices have been found to increase engagement by an average of 61%.

Research by Nielsen Media Labs indicates nearly 20% of internet users are willing to pay for premium ad-free digital content, with the rest preferring some form of ad-supported model. While publishers embracing subscription is a step in the right direction, this does not necessitate the total abandonment of digital advertising. Every internet user has their own unique compensation preference, so publishers should strongly consider providing multiple options tailored to their user’s choice. These could encompass both macro and micro payments, as well as a variety of tailored advertising experiences and other options such as a data exchange.

Digital content must be paid for. Putting a user’s compensation preference front-and-centre helps to create alignment between how consumers would like to consume and pay for content, and the publisher’s need to generate content-funding revenue. Medium should be applauded for taking the bold step in support of ensuring sustainable compensation, but the decision to completely replace advertising with subscriptions takes away that all important element of user choice, and maybe goes one step too far. 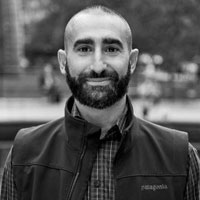 Ben Barokas is the CEO and Co-founder of Sourcepoint, where he is driving the next evolution of the internet – content compensation – providing publishers with solutions to foster a transparent value exchange with consumers.