There is more to media choices than audience vs brand safety. UM’s Lawrence Dodds asks whether ethical considerations should become fundamental.

With click-bait headlines and an increasingly polarised political landscape, should advertisers and their agencies take a defined stance and use advertising budgets to champion media owners that reflect their world view? There’s a growing consumer appetite for corporate ethics generally and media ethics have a major part to play here. We’ve seen this through the Stop Funding Hate campaign in the UK and Sleeping Giants on the other side of the Atlantic, which has reportedly cost Breitbart thousands of advertisers.

It’s surprising that ethics don’t come up in conversations with clients more often – at least on a proactive basis. Each brand has its own set of values and while some will align to particular publishers, others will not, and, as such, some brands already refuse to advertise on particular platforms. However, this should be a discussion that happens up-front and ethical considerations should play a part rather than just brand safety. An interesting survey out of the US suggested that two-thirds of consumers want brands to have a view on political issues.

The question is, how can you objectively rate the ethics of one publisher over another when they all occupy different political positions? Should we look to an external authority or ask the employees of the advertiser? The energy sector now ranks green tariffs, so perhaps the time has come to do something similar and rate publishers for ‘ethical media packs’? Or group media owners based on a common case.

At the moment it is generally left to media planners to make up their minds about specific titles they want to work with – the problem here is without a discussion, each works to their own inherent bias and in a world where an audience can be reached in a myriad of different ways.

Brands with their agencies would be better advised to first take a step back and address what ethical standpoints they want to champion. If there is one, how can the existing corporate social responsibility plan be reflected into media buying practice? The challenge is that not every client has a brand safety officer, or necessarily even a code of ethics in place. Rather, there’s an implicit understanding that the agency understands the brand and its business well enough to avoid putting it in harms way.

While this is indicative of the level of trust between the brand and agency, it could constitute a missed opportunity. Playing politics in any context is always a thorny issue and brands with a global reach will invariably upset certain sections of their customer base – as Nike’s performance on the public markets stands testament. However, in the current climate, any short-term pain can be offset by longer term gain. In Nike’s case it has been reported there has been an increase in sales versus last year – and that’s despite some of their customers deciding to publicly burn their trainers!

In the wake of (primarily) social media-led activism, publishers are having to recognise they cannot put profits above all else. They too must act as good corporate citizens and Facebook is a good case in point, it is still undergoing its own public flagellation campaign in a bid to restore public trust after the Fake News controversy.

Naturally brands don’t want to be accused of paternalism, or worse of being patronising, but the bigger picture comes down to nurturing positive values as this is something consumers clearly want. However, this still isn’t front of mind for all publishers. While some will play the freedom of speech card, there’s little doubt certain titles are still courting controversy by creating stories that some find offensive and/or divisive in order to drive traffic. In these cases, sadly, the only factor they will respond to is withholding income.

As such, it’s not a question of censorship, it’s purely good business sense. Brands have a purpose that guides everything they do and that means aligning brand values to the media with which they choose to work. By engaging only with those that champion good journalism, brands can play a role in moderating what’s becoming an increasingly toxic environment.

The media agency is evolving in the digital world, the role we increasingly occupy is that of privileged advisor to our clients. Clearly ethics can – and should be - a point of differentiation for brands and our understanding of audiences means this is something we can consult on, both in terms of what that position is and which media owners play to this. 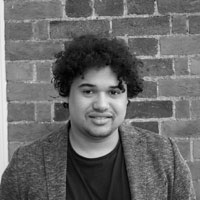