WARC’s Chiara Manco looks at how the 2020 DMA Awards winners used data to better understand and connect with their audiences.

Creativity, strategy and results – these are the three pillars against which DMA Awards entries are judged. The 2020 winners – announced at a series of online events – have not only delivered against each pillar, but also showed a more human side to data.

When judges discussed BT Sport’s Unscripted campaign during the online ceremonies, one comment came up time and time again: “I wish I had that insight”. It’s no surprise then that the work, by Wunderman Thompson, was awarded the Grand Prix. With Unscripted, the sports broadcaster ignited a global debate within the football community by using AI to assemble a script that predicted the 2019/20 season, and followed it with a DOOH campaign.

What impressed judges the most was the deep understanding of fan behaviour that lay beneath the data, algorithms and predictions. Grey’s Laura Jordan-Bambach said: “It used AI to tell a story. This is the best thing: when the techy stuff is hidden and you end up with something very human that captures everyone’s imagination.”

When pitching the work at the final stage of judging, the Grand Prix reveal, Andy Lane, Managing Partner at Wunderman Thompson explained: “What we were after was not an idea that would ride the wave of football chat, but one that would redefine it.” And redefine it they did. As Ed Cracknell, Head of Marketing at BT Sport went on to add: “Traditionally, in a football campaign, you look back, rekindle the magic of past moments and say: ‘this year could be even more exciting’. But when we thought about looking forward, that’s when we knew this was the idea.”

Unscripted was a huge sensation, earning media worth £1.7m and 137m impressions across 44 countries. Most importantly, it delivered 30% more subscriptions to BT Sport than the previous season, on a fraction of the budget. Looking at the year ahead, Andy Lane said: “The sports experience is going to be very different. This new landscape can open up plenty of opportunities to engage fans, and we look forward to the next challenge.”

Commenting on Klarna’s Gold-winning paper, judge Laura Jordan-Bambach said: “There is a big leap between just using data and using data to intelligently extract insight and apply it on a platform: this was made so perfectly for the audience it was aimed at.” The in-house work saw the financial services brand enter the world of ‘sneakerheads’ by launching the first bot-free sneaker raffle: you could only participate if you had a heartbeat. Using technology that detected heart rate through any device’s camera lens, bots were removed from the equation, ensuring a fair raffle.

Initially launched in the UK only, the initiative extended much further to reach Australia, Germany, Austria and Finland, just to name a few. Over the two weeks that it ran, the campaign led to a direct sales increase of up to 40% among the featured retail partners. Mark Godfrey, B2B Marketing Manager at Klarna, said: “The things we are the most proud of are the innovation of the tech element and the fact we were able to do so much in house.” 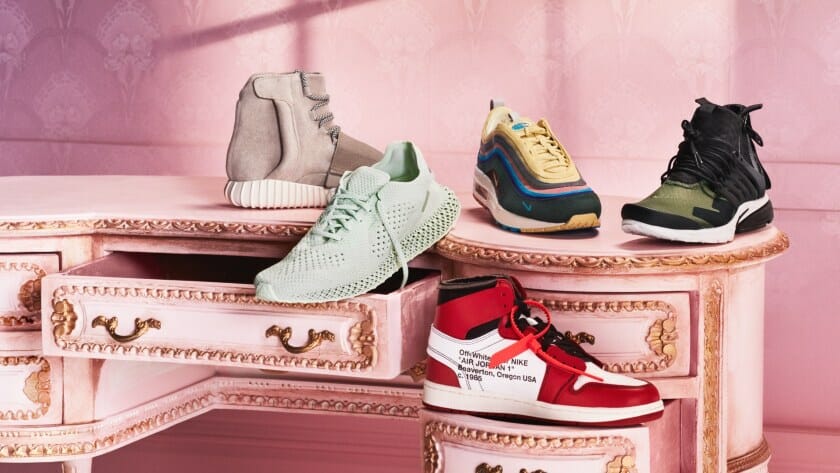 Two 2020 Gold winners put data in service of extremely granular personalisation. Toyota GB sought to entice consumers back to its service centres with a new approach to email communications. Through Jellyfish, it used consumer data to create hyper-personalised emails that invited customers to book a service for their car. Through filters, scripts and auto-generated imagery, 148 trillion email variations were made possible, featuring variables such as anniversaries, seasonality, car models and even colours.

Judge Guy Hanson, from Validity, said: “The personalisation aspect was not just about more data, but more human elements.” Toyota saw an average open rate of 67.69% – more than four times the industry average – leading 15,000 customers to return to its service centres and driving over £5m in revenue.

Meanwhile, travel agency Titan Travel used personalised brochures to drive sales and revenue. It first segmented its audience based on attitudes, values and needs, then crafted brochures based on its 34 best-selling worldwide tours. Each brochure featured 87 unique touchpoints: from the cover image displaying the destination a consumer was most likely to book next, to references to their last purchase and a call to action tailored to their segment.

After the work was awarded a Gold at the online ceremony, judge Deborah Dolce, from TJX Europe, said: “They proved to really know their audience. It was logistically and creatively very complicated: they managed to create hundreds of variations that drove impressive results.” Through The Lettershop Group, the campaign generated an ROI of 37:1, an increase of 533% compared to non-personalised brochures.

The UK’s National Health Service (NHS) used data to better understand people who were interested in starting a nursing career but were holding back. It found that the barrier consisted not so much of unwillingness to become a nurse, but lack of confidence and fear of failure. Spanning two years, the Gold-winning We Are Nurses, We Are the NHS campaign, through MullenLowe Group and Mediahub, celebrated the rewarding aspects of a nursing career, motivating and building prospects’ confidence. Fran Griffin, Senior Strategist at MullenLowe, said: “We had a single-minded focus on what creative had to do, and that was telling the stories of real people, not actors. Everything we did had to show people they could do the job, help them overcome barriers and build their confidence: from inspirational TV to deep-dives on CRM and interviews on social.”

The NHS identified different kinds of audiences – from teens to career switchers – so it could reach them at the moment the fear of failure took hold. Fran Griffin said: “Data informed our strategy as that moment is different for different audiences. For example, we found that 60% of teenagers applying to university change their minds about their course a week before the start date. As a result, we knew that for teens we needed to dial up our comms quite late in the journey.”

The campaign drove a 6% year-on-year increase in nursing applications. Judge Jonathan Beeston, from Datorama, said: “What I really liked about it is that it built this big database of people interested in nursing: the benefits of this will live on well beyond the campaign.”

The effectiveness of audience-first work

Inspiring examples of how data, technology and creativity can work in harmony in the service of human needs, the 2020 DMA Awards winners are proof of the effectiveness of work that is rooted in audience insight. As judge Peter Markey from TSB Bank said during one of the online events, these winners “inspire a sense of confidence in the marketing function and encourage marketing teams to keep on pushing boundaries.”

You can find the winners of the 2020 DMA Awards on WARC.