Used to describe everything from controversial fashion trends to the mention of politician’s namesin news articles, the word ‘clickbait’ is now a regular feature of media vernacular.

The term was originally coined to describe content that exploits the internet’s ad-supported model by deceitfully convincing users to click on links. One study defines it more specifically as “web content that employs writing formulas and linguistic techniques in headlines to trick readers into clicking links but does not deliver on promises.” Clickbait plays on human nature; after all, who doesn’t want to know how to make money while they’re sleeping or find the secret to dropping three dress sizes in a week?

But as the word clickbait has become widely used, it is often muddled with native advertising. Native is a term applied to unobtrusive advertising that works seamlessly with website content and offers users highly relevant, useful and potentially entertaining content. It is the format of the future, with almost two-thirds of display budgets expected to be allocated to native ads by 2020. However, some less scrupulous providers have applied the term native to clickbait-style ads, causing confusion between the two.

For both advertisers and publishers it’s important to understand the distinction and to ensure their native advertising strategies don’t stray into clickbait territory.

Native advertising should be clearly labeled

A lot of the confusion between clickbait and true native advertising stems from the fact native ads are designed to blend both visually and contextually with the webpage on which they are displayed. This approach prevents intrusive, irrelevant ads ruining the user experience but theoretically it could make users feel tricked into clicking on an ad without realizing that’s what they are doing.

To prevent this situation, publishers and advertisers need to ensure native ads are properly labeled so users understand where they will end up if they choose to click. The IAB has principles and guidance around the clear and prominent disclosure of native advertising, stating “a reasonable consumer should be able to distinguish between what is paid advertising and what is publisher editorial content.” When native ad disclosures are clear and legible it demonstrates a commitment to honesty and transparency, which are both highly valued by today’s consumers.

While clickbait sensationalizes and then fails to deliver, native ads provide a true representation of the content or products users will find on the landing page if they click on the ad.

This isn’t to say native ads shouldn’t have exciting elements. The headline, for instance, should capture the user’s interest and persuade them to engage, but it should never cross the line into being misleading or ambiguous. An effective headline grabs the user’s attention and briefly outlines the content or product so the user instantly understands what the ad is offering.

And the images used in native advertising should be taken directly from the landing page, to ensure a seamless transition from clicking on the ad to arriving at the website. Pictures shape impressions, so images should be original, high quality, and relevant to the content or product being promoted.

Because true native ads follow the form, feel, and function of the content alongside which they appear they also adapt effortlessly to the screen or device that content is viewed on.

This makes native the ideal format for advertising on the smaller screens of mobile devices without slowing down the user experience, using excessive amounts of data, or preventing users accessing mobile content. Advertisers understand the benefits of using native advertising on mobile, particularly with the arrival of 5G which will open up a wealth of opportunity for mobile advertising, and almost 90% predict native display ads will be more mobile by 2020.

The term clickbait is used to describe a variety of deceptive or sensationalist tactics, but it should never be applied to true native advertising. Premium native ads are clearly and prominently labeled as such, are a true reflection of the content or products they are promoting, and adapt seamlessly to the form and style of the page making them ideal for advertising across a range of devices. Native is a progressive format that entertains, engages and informs audiences, so by cutting through the clickbait, brands and publishers can realize its power. 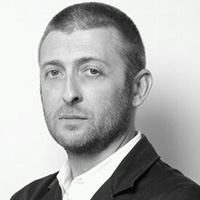