Following major moments of scrutiny on a brand, any reaction must have a broad reach and gravitas. Newsworks’ Liz Jaques explores how brands like KFC, Tesco, Oxfam, and – notably – Facebook have done this.

Deep into a chicken shortage crisis, which saw KFC close around 700 of its 900 UK branches, Mother London created an apology ad by inverting the letters of the brand name to ‘FCK’ in a bid to turn around what it referred to as “a hell of a week”.

The aim was to apologise to people and make up for letting them down, explains Mother partner Hermeti Balarin. The ad won a silver and three gold Lions at this year’s Cannes festival.

Leading the Cannes jury for the Print & Publishing Lions, Kate Stanners, chairwoman and global chief creative officer at Saatchi & Saatchi, said: “This quick-thinking response to the KFC’s embarrassing chicken shortage in the London area is a stroke of genius, using full-page newspaper ads to convey an apology to its customers.”

KFC enjoyed an overwhelming response, particularly on Twitter. Phillip Schofield was among the fans, tweeting: “Genius apology from @KFC_UKI”. After days of less than appetising press coverage around the story, the ad also allowed the brand to turn the headlines into a positive. “KFC apologises over chicken shortage with cheeky ad - and Twitter LOVES it” wrote The Sun, while The Independent ran with: “Everyone just forgave KFC after it published an expert apology over its chicken shortage”.

The “We’re Sorry” approach adopted by KFC is by no means a first, brands have long been using newspapers to apologise to customers. “The permanence of print gives it unrivalled authority and potency in messaging to mass audiences,” Stanners says. “Make no mistake: print is a daunting and intimidating branch of advertising in our digitally dominant world”.

With UK newsbrands’ total reach nearing 25 million adults daily - over 13 million in print - there’s no doubt that newspapers can reach big audiences and fast. But it’s more than that - print has gravitas and allows brands to speak directly to customers (and influencers) in a topical and engaged environment. Research by Newsworks and Magnetic shows that published media commands higher levels of attention and elevates trust. “The benefit for advertisers,” it says, “includes increases in brand KPIs such as ‘relevance’ and ‘consideration’”.

Tesco put this to the test in 2013 with bold, long-copy press ads apologising for its horsemeat scandal. “Putting newspapers at the heart of our media activity allowed us to demonstrate how we were taking responsibility for events as they unfolded, so much so that our adverts went way beyond advertising to actually become the news", explains the supermarket’s then head of brand advertising Angela Porter.

In this case, newspapers were fuelling the horsemeat story and inciting public debate. To tackle this head on, Tesco used print to position the brand as a thought leader in an attempt to restore customers’ faith. In the week following the revelations, the supermarket saw a dramatic drop in food sales. Two months on, overall footfall and sales were back in line with previous forecasts.

This year Oxfam ran a long-copy newspaper ad addressed to “supporters, friends and volunteers” in the wake of The Times’ sex scandal investigation. “We are so sorry for the appalling behaviour that happened in our name,” the ad read. “More than anything, we are sorry to the people of Haiti and other places where the conduct of Oxfam staff was reprehensible”.

Newsworks' CEO Vanessa Clifford said: “In times of crisis, brands often turn to newspapers to speak directly to readers in a newsworthy, trusted and engaged environment - in the case of Oxfam’s ad, it's no coincidence that it appears in the title where the news story originally broke. Putting a statement like this in print holds gravitas and garners attention, becoming a news story in itself, while also allowing the brand to apologise, reassure and lay-out its plans for change via a long-copy approach.”

But perhaps one of the most noteworthy apology ads this year has come from Facebook - a brand that has been somewhat at odds with publishers around advertising and editorial issues. Following on from The Observer’s Cambridge Analytica revelations in March, Facebook took a long-copy approach to address its data leak. The ad, signed by Facebook's founder Mark Zuckerberg, stated: “We have a responsibility to protect your information. If we can't, we don't deserve it.”

Ebiquity's UK CEO Morag Blazey explained: “The very gravity of Facebook's situation dictated a print apology. Print is where the Facebook story first broke, and so it is appropriate that the apology starts here. There is also the question of context: Print is a news environment, not a social environment -the connotations of apologising via social may have undermined the apology.” Zuckerberg must be in agreement as Facebook’s “Fake news is not our friend” ad continues to fill news pages.

Putting a brand in newsprint certainly ups it chances of getting it in the news - but brands have to be quick and careful. As Stanners says: “A great print ad demands excellence in both the idea and the execution. And you only get one shot at it before it becomes an indelible object in the physical world.” 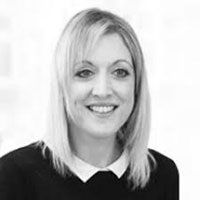