As sports competitions around the world are suspended, Alex Burmaster, co-founder of sports marketing platform caytoo, offers advice for how brands can salvage their investments in sponsorship programmes.

Within the last week (at time of writing) around 50 events across 20 sports have been moved, played behind closed doors, postponed or cancelled due to the coronavirus outbreak.

Amidst all this uncertainty and chaos, here are my four tips for emerging the other side relatively unscathed.

1. Plan for the worst

As these outcomes accelerate exponentially, the question for sponsors has changed from “will my event be affected” to “how will it be affected”. Even if the organisers don’t issue a change (increasingly unlikely by the day), some fans or attendees will simply choose not to go.

The first action is to embrace a ‘worst-case scenario’ mindset and start planning counter-scenarios and activities now. This should start with itemising all event-related sponsorships and prioritising them by a combination of date and size (across attendees and broadcast).

Then marketers should factor in the practicality of what can be done in relation to each event, such as how responsive/fluid a rights holder partner is (both organisationally and from a talent perspective). It makes sense to prioritise slow-turning cargo ships over more nimble speedboats, so to speak.

Speed is of the essence; it’s all about minimising the negative impact. Sponsors should now have a priority list for attention. They may have to sacrifice attention at some over others and know that taking a hit is inevitable.

Notice that I haven’t mentioned contract assessment as an immediate activity (see points three and four).

2. Fill the void and soften the blow

I’ve always believed the best sponsorships in terms of impacting fan attitudes (and ultimately, behaviour) is through adding value or being useful. So, in a way, this situation is a perfect tee-up for sponsors to fill a hole if the event goes ahead but fans can’t (or won’t) attend. In fact, counter-acting this disappointment arguably offers sponsors more opportunity to generate goodwill with fans than if the event goes ahead as normal.

For example, if an event does go ahead but isn’t due to be broadcast and fans are unable to attend, then a sponsor could help make it viewable. For example, Heineken paid South Africa’s state broadcaster to show the Rugby World Cup Final on terrestrial TV and radio, instead of exclusively screening on pay-TV, beyond the reach of most of the country’s population. Although the context was entirely different, the end result was that people who couldn't experience the event were now able to, courtesy of a sponsor.

If an event doesn’t go ahead, a sponsor could facilitate an alternative means of consuming it. For example, if this happens to a music event, how about streaming an ‘at home’ concert where all the acts perform an acoustic set from their own houses? Or how about producing a video series with athletes or performers about what they’ve been doing instead due to their match/concert/event being cancelled?

To further soften the blow, a sponsor could offer fans who had tickets the ability to ‘trade in’ their ticket (whether they get a refund from the organiser or not) for a batch of the sponsor’s (eg a four-pack of beer) or artist’s (e.g. music download voucher) products.

A sports team sponsor could also run competitions for fans offering the chance to play against some of the team’s players in a streamed e-sports match featuring the two teams from a cancelled fixture.

Overall, the move from going out to staying in will see people have more time on their hands and consume more media. Thus, the likes of media consumption, streaming services, video conferencing and indoor activities such as Peloton will all see an uplift. One can see how digital will come even more to the fore as a method to engage fans through content.

For example (thanks to Australian journalist Natasha Gillezeau for these examples from China), Nike has adapted to this new world by posting more at-home workouts to the Nike Training Club app, including various household items such as water jugs as alternative weights.

In terms of thinking creatively – and this doesn’t relate to sponsorship per se – one could take a leaf out of Absolut Vodka’s book. The brand’s Absolut Nights event undertook a one-off live stream clubbing event that social media users could enjoy from home. Viewers could and order vodka directly to their house through the app and even tip the DJs through the video-sharing app’s integrated payment functionality.

3. Phone a friend not a lawyer

It would be remiss not to reference the legal element. It’s prudent to refresh your memory about the ins and outs of your contract with the rights holder, particularly around respective obligations. Unsurprisingly, there’s been a lot of focus on ‘force majeure’ and ‘acts of God’ terms, but it’s not a slam dunk that coronavirus falls into these as some believe.

However, for such a unique situation as this it is certainly in both parties’ interests to start by figuring out how to solve the situation together rather than looking to legal redress. This should be easier given that most arrangements these days are genuine partnerships (if not in the legal sense, of course).

Leading on from this, it’s important not to compromise long-term relationships or reputation by reacting overly negatively. Hopefully, the virus will be a short-term hit: indeed, this is more likely to be the case given the more drastic the measures taken by rights holders and authorities above them.

In short, it’s a case of being practical and level-headed about managing the situation but being incredibly creative about making the best of it to fill the void for fans. 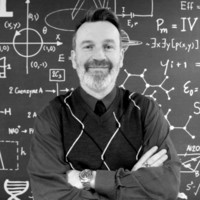