Tom Roach explores new research into how people feel about the candidates in the 2020 presidential election: in this telling, it's much closer than the polls suggest.

System1 Group have used their ‘Fame, feeling, and fluency’ methodology, mostly applied to brand and advertising measurement, to predict the outcome of the 2020 US Election.

It predicted Brexit, Trump’s win 10 months out from the 2016 election, picked Boris to win the leadership of the Conservative party and to go on to win an election, and Biden winning the nomination earlier this year. And although it’s very, very close, it’s predicting…

System1’s data suggests it’s much closer than most of the polls are predicting. Their data is on a knife edge, but it comes down on the side of Trump. They also got the same results in the swing states. It predicted the same result 10 months ago, but that was perhaps less of a surprise then than now, given the extraordinary events that have happened since and the direction the polls have taken more recently.

Clearly this is massively counter to what most of the polls are saying. They’re not political pollsters, haven’t done any fancy modelling, and it can’t account for the vagaries of the US electoral college, so we have to treat it as we should any single number score predicting anything – with a level of caution and objectivity.

But this data from a brand measurement company is worth pondering. Their method is based on how people make instinctive, automatic decisions when choosing brands. It asks people to make quick choices between options, so factors in the power of emotion and the cognitive biases which affect people’s choices in ways other methods can’t:

The thing about this method is that it can reveal people’s actual preferences vs their stated preferences – which is possibly why it’s historically proved capable of getting closer to predicting people’s genuine preferences, especially when there may be social pressure not to reveal them, which traditional polling and market research has problems with.

Trump’s obviously more famous, he has stronger ‘distinctive brand assets’ (or ‘fluent devices’ if you prefer their jargon to Prof. Byron Sharp’s), and no matter how we in marketing’s liberal bubble feel about him, he makes millions of people in the US feel good about their lives.

And let’s not forget that even the experts like those at Nate Silver’s fivethirtyeight.com acknowledge that the pollsters could get things wrong even with whatever adjustments they’ve made to the models. Nate Silver also points out that even a chance of 12 in 100 is still a meaningful chance:

“A little worse than the chances of rolling a 1 on a six-sided die and a little better than the chances that it’s raining in downtown Los Angeles. And remember, it does rain there. (Downtown L.A. has about 36 rainy days per year, or about a 1-in-10 shot of a rainy day.)”
Source: https://projects.fivethirtyeight.com/2020-election-forecast/

I’ll admit that when I first saw System1’s data yesterday I was surprised. In fact I felt a miniature, scaled-down version of the feelings I experienced, along with many others, twice in 2016.

Then the rational thoughts kicked in. Questioning the polls. Asking how it is that pollsters get things wrong. And when they do get it right how we often don’t believe them because they don’t conform to our own world views.

And then I remembered what everyone in the marketing world said back in 2016 about how we all had to learn lessons from the Brexit and Trump votes. About how we all had to get out of our Soho and social media bubbles, into the real world, begin to listen to how ‘real’ people really feel, and re-orient ourselves and our marketing towards them.

This is a useful reminder that despite our good intentions back in 2016, most of us, including me, perhaps haven’t spent the last four years doing that as well as we might. Have we really listened as hard as we could? Have we tried new, innovative ways to unpick how they really feel? Or have we just retreated back into our bubbles like 2016 never happened?

On a professional level, System1’s very close prediction is a useful reminder of some marketing fundamentals.

As David Ogilvy famously said, “People don’t think what they feel, don’t say what they think and don’t do what they say.”

We have to stop paying lip service to this ever-green wisdom. In marketing we’re still mostly asking people to tell us what they’ll do. We have to get serious about listening to how they feel. 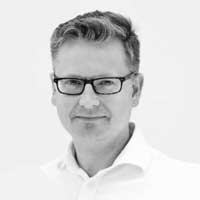