The developer community is getting stuck into building voice apps. Charlie Cadbury of Say It Now – winner of Amazon’s European Alexa Cup – explains the background and what to expect in the future.

The likes of Facebook, Amazon, Google and Microsoft may have upwards of a billion users, but this ‘billion user club’ status enters them into a digital arms race. They all understand the power their virtual assistants will hold over us in the long term and this puts them under pressure to create, in the shortest time possible, compelling assistants that allow access to unbounded utility so we can delegate more and more of our everyday tasks.

Science fiction has already given us glimpses of what this future with virtual assistants might look like; Iron Man has ‘J.A.R.V.I.S’, Michael Knight has ‘KITT’ and even Red Dwarf has ‘Holly’.

However, for most, this dream has not yet been realised and, despite the huge consumer uptake of smart speakers, people don’t yet believe this channel can deliver an intelligent assistant. To date the utility of smart speakers has been widely reported as ‘glorified switches’; they merely allow people to turn lights, music and timers off and on using their voice.

This is principally due to the nascent nature of the space. The platforms can only do so much and a great deal of the utility will have to come from the developer community building voice apps (Skills for Amazon Alexa, Actions for Google Assistant), following a similar path to the way in which smartphones gained traction. It’s useful to think of Alexa or Google Assistant as the ‘smartphone’ and voice skills and actions as ‘apps’. Most of the functionality we get from our phones is through apps; the same will be the case for voice assistants, but the ‘killer apps’ are only just starting to be developed.

Amazon’s Alexa platform is the current front-runner in this contest, reporting around 80,000 voice skills in January 2019 against Google’s 4,253 Voice actions; Amazon also has a lead in the numbers of smart speakers sold (although Google says it has more ‘in market’ assistants as it includes all Android phones with Google Assistant enabled).

Without the ‘killer voice app’ platform, however, engagement with voice is still lacking – hence the arms race where the pace of progress is paramount. It’s with this in mind that Amazon this year launched The Alexa Cup: ‘A global competition across 11 countries challenging agencies to strategize, prepare, build, and pitch an Alexa Skill and go-to-market plan that solves a business problem or pain point’.

The aim is to galvanise brands and agencies into developing some highly referenceable ‘killer applications’ to push platform usage and perception forward.

We identified that although Amazon is hugely successful in delivering physical products, this hasn’t been replicated across its provision of local services, despite the popularity of this type of business. (The Bright Local – Local Customer Review Summary 2018 identified that 50% of 18-34 year-olds go online to look up a local business, every day.) While people have a seemingly infinite choice of goods to buy online, their choice is more limited when they want to do things such as book a haircut, get their car serviced or order a takeaway meal, all of which require the supplier to be in their vicinity.

This market gap opened up an opportunity for Say It Now to use our experience in what we’ve dubbed ‘conversational commerce’. We define this as the use of natural language channels (messaging, SMS or voice interfaces) in the purchasing journey. Conversational advertising is the role these same channels play in driving interested parties to purchase using these channels.

As assistants are increasingly adopted, and brands enable themselves to be communicated with via natural language (chatbots in Messenger, WhatsApp, Instagram or voice enabled devices) there is an inevitable requirement to transact in these environments.

In its simplest form, our Alexa Cup entry allows people to book local services via Alexa, whether that’s a plumber, hairdresser, takeaway meal, garage, etc; in other words, allowing these businesses to be found and booked via voice search. But it also goes one step further, combining the popularity of local services identified above, with the power of customer reviews, so the businesses suggested by Alexa will be those endorsed by other users. (The same Bright Local report found that 90% of consumers read online reviews before visiting a business.)

To do this we collaborated with ‘the marketplace of marketplaces’, Booxscale. The company has spent the last few years building relationships with many of the leading marketplaces (including Rated People, Book My Garage, Urban [Massage], Uber Eats) resulting in a service that aggregates all the bookable businesses on one platform.

Our aim is to enable all of these services to be bookable through Alexa; there are currently about 250,000 in the UK alone and we’re proposing a global offering that will empower millions of local businesses to be booked by voice.

This proposition won the UK and European rounds of the Alexa Cup and will compete for the world title at the end of July. Whatever the outcome, the arrival of voice assistants is inevitable; being part of the community at this early stage is both exciting – and a responsibility not to be taken lightly. 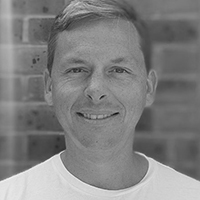