With Gen Alpha stuck at home for the next few months, brands need a better understanding of today’s purpose-driven youngsters, says Helenor Gilmour.

In 2010, a new generation was born. Generation Alpha: a generation willing to stand up for their beliefs and ready to save the world. But now in 2020, they’ve gone into lockdown due to COVID-19. Schools are closed; they have limited access to family; they can’t see their friends; their daily routines are unrecognisable. These could be the defining moments of their young lives.

It’s important that brands understand them and know how to engage with them. It’s only a few years until we hit peak Gen Alpha in 2025, by which time there will be 2 billion in this age group around the globe. Already they are already exerting huge influence over their parents, the much-maligned millennial generation.

Just like kids before them, Gen Alpha have a degree of pester power – but never before have kids had so much influence over family decision making and on a whole range of products from choice of car to holiday destination. Brands have a huge opportunity to speak to this generation before they are fully-fledged consumers themselves and to also speak to millennial parents through their Gen Alpha kids.

Kids are known for pester power, but today their influence extends far wider than screaming for a chocolate bar at the supermarket checkout. Increasingly, Gen Alpha kids are being guided by their early-formed moral compass to focus on ‘pestering’ for good.

They’re taking the role of the lobbyist in the home – blazing the trail for climate change, sustainability, social cohesion, mental health and other real-world issues. And it’s working:

• 21% have encouraged their parents to eat less meat

So it’s imperative that brands try to appeal to Gen Alpha by standing for something important and having a conscience.

Last year’s protests about the environment, for example, show just how passionate Gen Alpha are; one in five of those aged between 5-9 has already been on a march or protest for something they care about.

Our Beano Brain insight tools also found that 40% of six to 14-year-olds felt it was their responsibility, rather than their parents’ or teachers’, to save the planet. In fact, 61% said they worried about climate change, so it’s no surprise they feel a moral obligation to build a better world and are educating their parents around which products to buy and which brands to be loyal to.

‘Cancel culture’ is a thing

It’s one thing saying you have a purpose and it’s another thing to act on it. The impact of greenwashing on brand reputation has been a hot topic this year with airlines, fashion brands and energy companies all called out in disgrace for fake claims of sustainable practices and products.

And Gen Alpha knows exactly what greenwashing is. They see through inauthentic principles and if they feel a brand doesn’t live up to their morals, they cancel it from their favourites list and encourage their parents to do the same.

Members of Generation Alpha are outspoken critics. We have seen evidence of this in their reactions to certain behaviour by the influencers they follow. These kids don’t passively accept something they don’t agree with; ‘cancel culture’ is alive and well. Take YouTube megastar James Charles, who lost 3 million subscribers to his YouTube channel in just days as a reaction to what young followers saw as brattish and ungrateful behaviour.

The same is true for brands; kids today value brands for the values they hold, and, currently, just 11% think that big companies can be most trusted to look after the planet. Kids expect better and brands can no longer get away with lacklustre principles and bad behaviour; underestimating Gen Alpha will be their biggest mistake.

Brands need to speak to Gen A directly

They might be aged ten and younger, but with so much information at their fingertips, kids today are well aware of the big world issues like Brexit, diversity and the coronavirus. They are predominantly learning their news from YouTube and TikTok, however; traditional news outlets are secondary, and so are Mum and Dad.

A recent Ofcom study (published earlier this month with fieldwork carried out mid-last year) asked kids via their parents which social media or messaging channels they used and 22% said they used TikTok. When we recently asked the same question directly to kids, 64% said they used TikTok. If brands are to be better able to communicate with this future audience, it’s imperative they start find ways to safely ask them directly for answers, rather than going through their parents.

But Gen Alpha is not just about tech. It comfortably straddles the online and the natural world – 98% are still playing outside and nearly three quarters (72%) are still climbing trees – and is reconnecting generations with more than half spending time with older people such as grandparents every week.

When they do use tech, however, Gen Alpha are tech savvy, not tech dependent. They self-censor and don’t take information at face value. Some 73% think it’s important to question what’s online and, despite ‘fake news’ only entering mass consciousness in January 2017, primarily through Donald Trump, three in 10 (31%) already feel they know how to spot it.

We’re only just scratching the surface with learning what makes Gen Alpha tick. But one thing we do know is their opinion is highly valued by their parents – so even though they aren’t yet financially independent, brands need to be thinking about how they communicate to them. By appealing to their purpose-driven mindsets, authentically supporting causes and having a conscience, brands will make inroads when connecting with the Alphas.

But there will always be a new cause to support and a new reason for doing it. So above all else, brands need to listen to these kids and take what they say seriously. We can no longer view today’s kids as ‘just kids’. Their unrivalled access to information and experience of real-world issues like the coronavirus pandemic means brands would be foolish to disregard their opinions.

It’s time to Think More Kid. You might be surprised by the results. 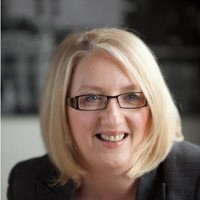