‘A complaint is a gift!’, say people who clearly didn’t work in the banking industry during the PPI crisis.

Of course, complaints provide invaluable, free feedback on the organisation. But let’s be clear, they’re a gift that is given begrudgingly, thrown across the room at the party, a waste of time and effort for the customer who’s so exasperated by the mistakes the company has made that they’ve had to give up some precious Twitter time to write an angrily worded email.

But despite this, reducing complaints isn’t the target to aim for. Reducing customer problems is. And so the only way to effectively deal with complaints is to deal with the problem that’s caused it, in a way that fixes both the functional and emotional issues the customer has had. 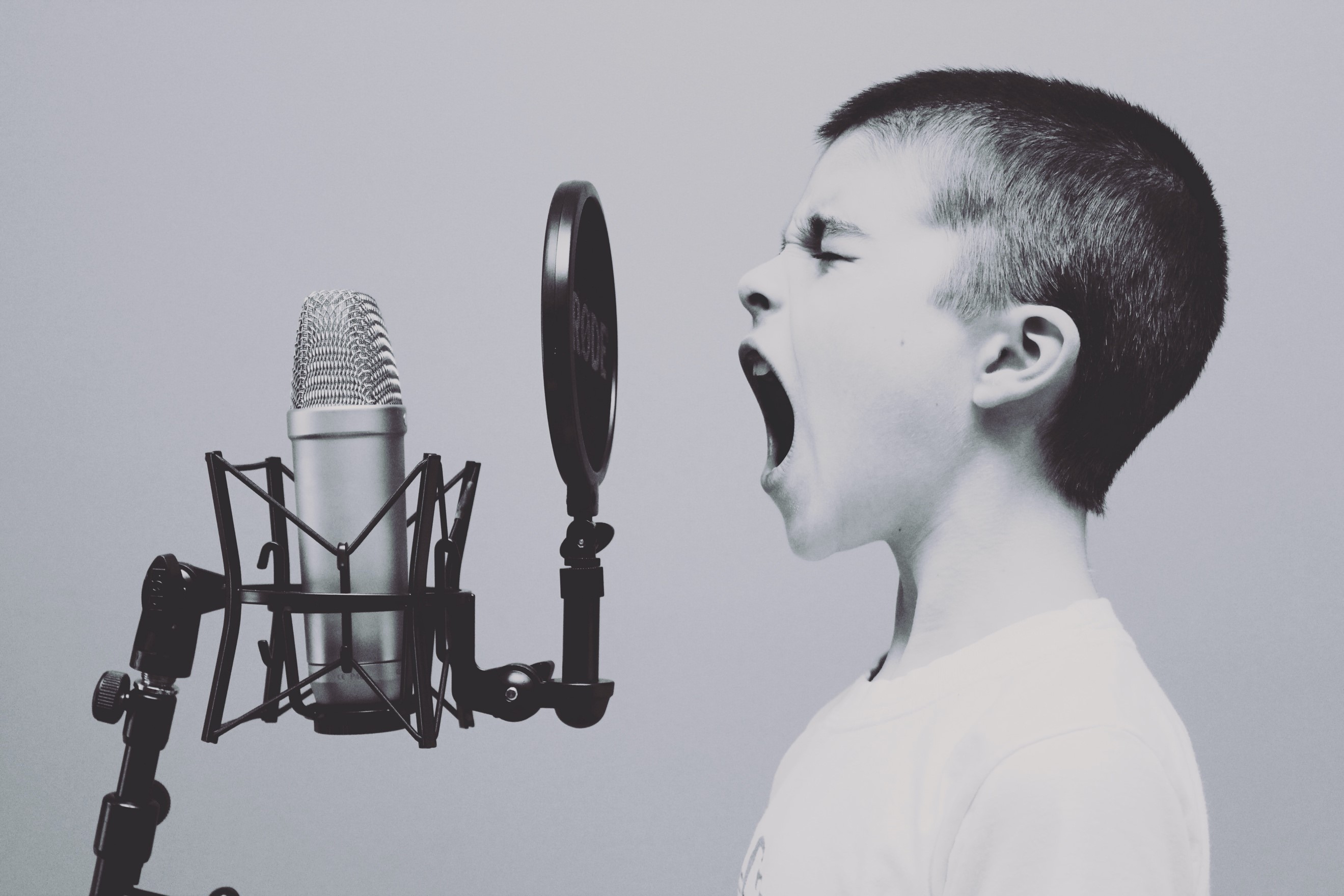 Ten years ago, I bought a new kitchen from B&Q. They massively screwed it up. And so I’d recommend you buy yours from there, too.

We’d spent months planning it, getting interested in things that 17-year-old me would never have dreamt could be so interesting. Granite worktops! Extendable taps! Multicoloured splashbacks!

But when the day came to confirm the final order, things didn’t go to plan. We’d been planning it for so long that they’d replaced all of the styles and changed all of the prices. We were a bit annoyed that our Kitchen Relationship Manager person hadn’t spotted that this might happen.

So he put it right. He gave us better cupboards, stronger worktops, and a tap that extended further than we’d ever thought possible. And he did it all for the original price. Within days this fairly disastrous situation was sorted, and the kitchen was on its way to us. 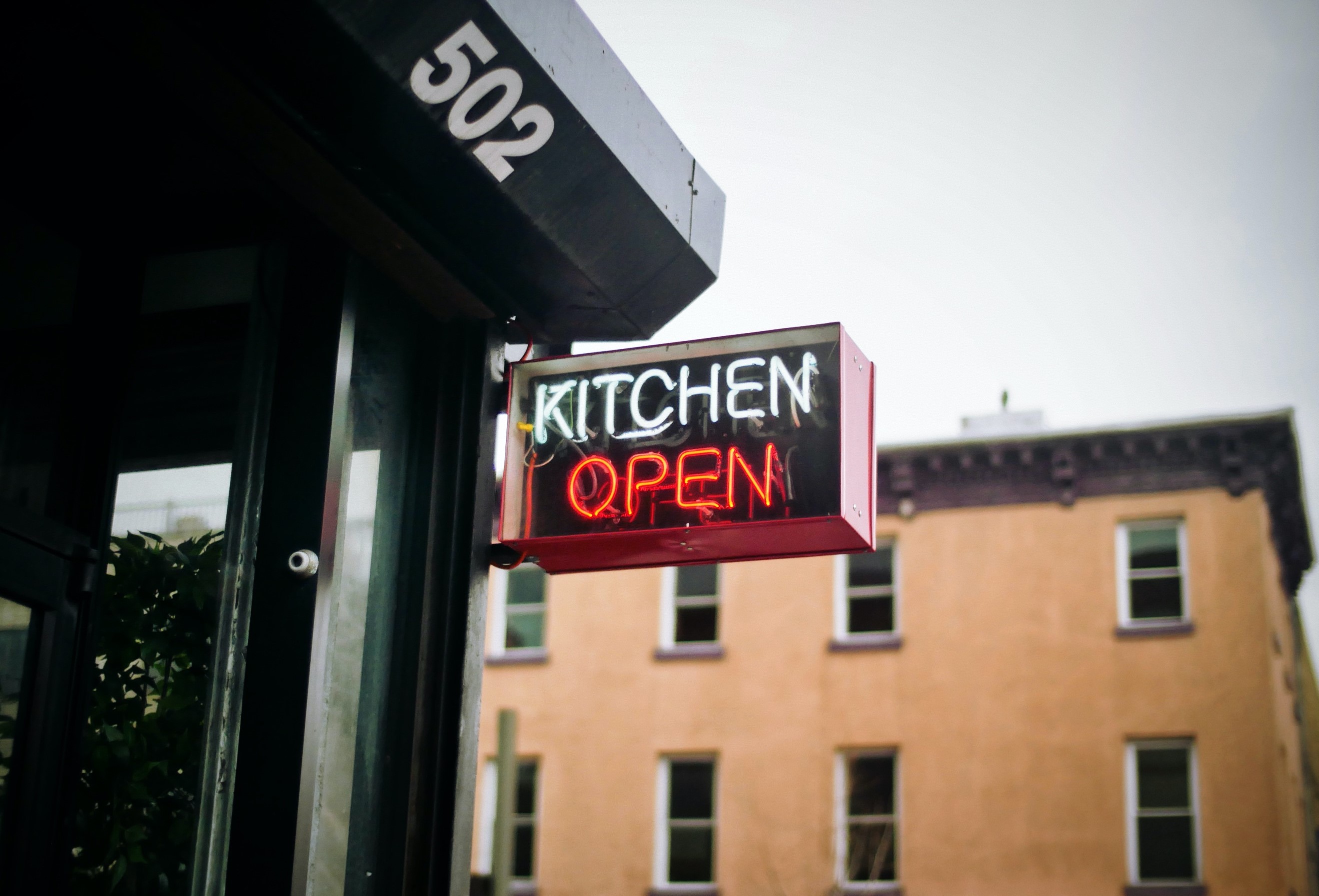 Uber are great at this functional recovery. I recently had a driver who decided it was OK to drive through a red light across three lanes of traffic, completely oblivious to the carnage he was leaving in his wake as other cars took extreme measures to avoid him. I complained to Uber and within minutes the money for the trip was heading back into my account. Amazon are great at this too. Even the train companies are catching up, trying to automate their Delay Repay schemes.

But as important as this functional recovery is, to keep using an organisation, customers also need emotional reassurance. This means being convinced that the issue won’t happen again – or at the very least, have a clear expectation set of if and when it might.

Recently a friend of mine sent me this example of a very sincere and public apology for some train cancellations. It says sorry, explains why it happens, then even says sorry again… but nowhere suggests what going to be done to stop this happening again in the future. So, whilst I have my delay repay money and can see that the managing director cares, the lack of a plan just strengthens my view that this issue is likely to happen again in the future. 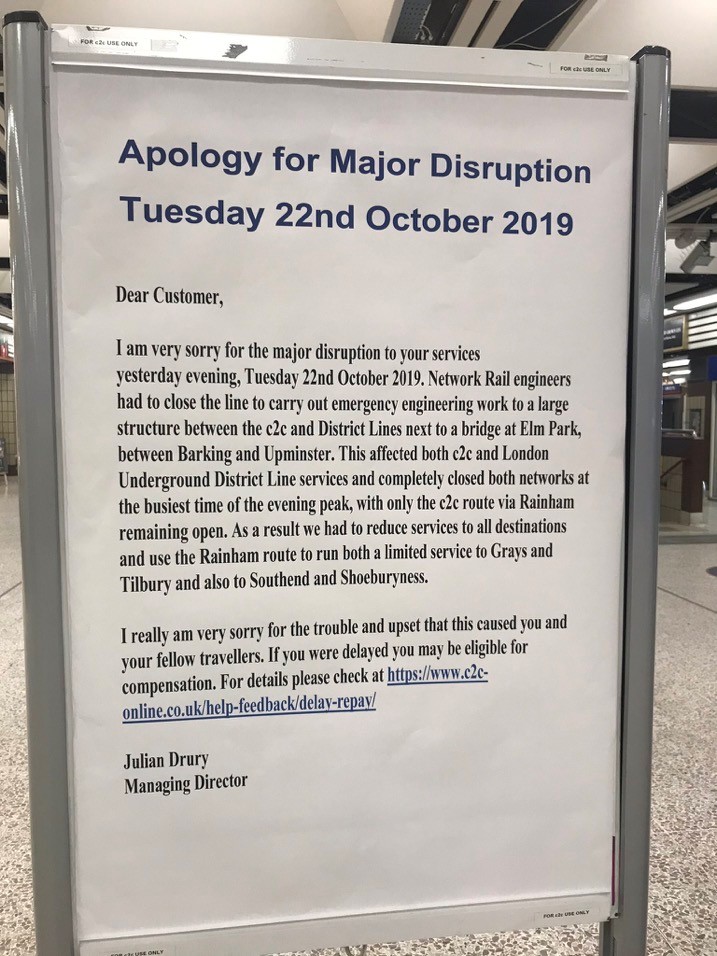 In fact a recent NBER study ‘Toward an Understanding of the Economics of Apologies’ showed that over-apologising can have a detrimental effect to a company’s reputation:

“An apology acts as a promise [of] better outcomes in the future. When those higher expectations go unmet, the firm’s reputation suffers more than if no apology had been tendered at all. Apologies should therefore be used…after outcomes that are unlikely to repeat again in the future.”

So what’s required is an adult-to-adult relationship and conversation: an apology for the time wasted; an explanation of what’s happened; and a suggestion for the action that’s going to stop this happening again.

With my destruction derby Uber driver, I received compensation, and also details of when they would be speaking to him about his driving. When I complained to First Great Western, the MD wrote back detailing which of his senior team he’d shared my concerns with. With another company, they asked for my ideas to improve the experience, given that I’d just gone through it.

You can’t please all of the people all of the time. But if you aim to reduce customer problems by fixing the issues, rather than just throwing cash and a half-hearted apology at them, you can at least let them spend more time on Twitter. And maybe save your company some money in the process, too.