Grand Prix winner of the 2018 WARC Awards’ Effective Content Strategy category, Coca-Cola’s campaign around the African Cup of Nations in Egypt proves that a single-minded message is not always the answer. Here, WARC’s Chiara Manco talks about the reasons behind its success and shares comments from the judges.

Hijacking the African Cup wowed jurors at this year’s WARC Awards, not only for its original take on a content strategy but also from an effectiveness point of view: it reached 50 million Egyptians across a variety of touchpoints. “Coke thought about the whole integrated ecosystem of how this could live throughout the different phases of the campaign,” glowed judge Michael Davidson, Associate Partner and Head of Strategy at Venables Bell. Chris Wall, Head of Content at Ogilvy PR, praised: “It was bloody good and feels bigger than a content campaign. They did a catchy song which everyone loved, the video itself performed well, it caught everyone’s attention. Then they got people wearing the shirts at matches. It was slick.”

Moving away from the single-minded message

Coke, with its agency FP7 in Cairo, achieved all of this by moving away from single-minded messaging. As it geared up in 2017 to rally football fans around the upcoming African Cup of Nations, Coca-Cola found itself faced with two challenges: Pepsi was the official sponsor of the Cup – meaning that Coke was unable to mention it in its communications – and Egyptians’ love for their national team had been on the wane for several years.

Coca-Cola wanted to reawaken football fervour and national pride, but the challenges were manifold. So, instead of addressing a single issue, Coke opted for a content-led approach that encompassed multiple storylines.

In the 2018 Effective Content Strategy Report, Naila Fattouh, Head of Strategic Planning at FP7 Cairo, reflected: “We now no longer have to stick to just one message. By changing our mindset to being content-first, we have freed ourselves from the handcuffs of the 30-second TV spot.”

Addressing an audience in Dubai at the second annual WARC MENA Strategy Works event in November 2018, Fattouh expanded: “As strategists, we often talk about the USP or the single-minded message. But the truth is that we needed to go beyond that and talk about multiple messages in order to beat Pepsi. So we decided to forget advertising and focus on content because it allows you to become much more relevant and able to talk to multiple audiences. We wanted to own the conversation around Egyptian football. This allowed us to be agile as a brand, moving smoothly from one topic to another.”

Coke’s content included on-the-ground activations encouraging fans to swap their foreign-team jerseys for Egyptian ones, charity drives donating old jerseys to the underprivileged, limited-edition bottles in store and a music video featuring a song that name-checked all the players in the new team line-up – all without ever mentioning the African Cup.

Judge Lennie Stern, Head of Creative Entertainment Strategies at BETC Paris, said: “This is about more than the content, music video and web documentary. They created a nationwide movement.”

The music video alone gathered 2.8 million organic views in 48 hours, and quickly inspired a plethora of memes, spoofs and user-generated content. Most importantly, it was chanted from the terraces by Egyptian fans rooting for their team across the whole country. 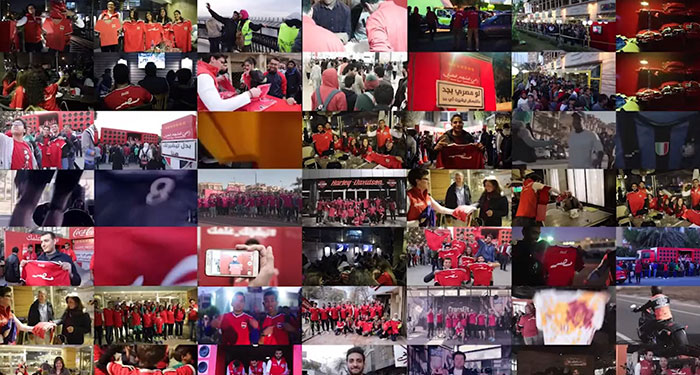 Such resonance was achieved through cultural relevance, as Coca-Cola truthfully portrayed the struggles of Egyptian football fans. However, it also went a step further, providing actionable, fun solutions to the issues it had raised. FP7 Cairo’s Fattouh said: “We discussed the harsh reality of our fans not wearing the national jersey anymore, preferring to wear foreign ones. We were also the only ones to raise the concern that Egyptians didn’t even know their new team line-up and took it upon ourselves to make the entire country memorise their names. We took real issues on and created solutions through our campaign.”

John Dokes, CMO at Accuweather, who chaired the judging panel, commented: “They were able to not only change how people felt about the team and the brand, but also attach it to a social campaign. Turning old jerseys into other useful items, was a good way to expand the campaign.” 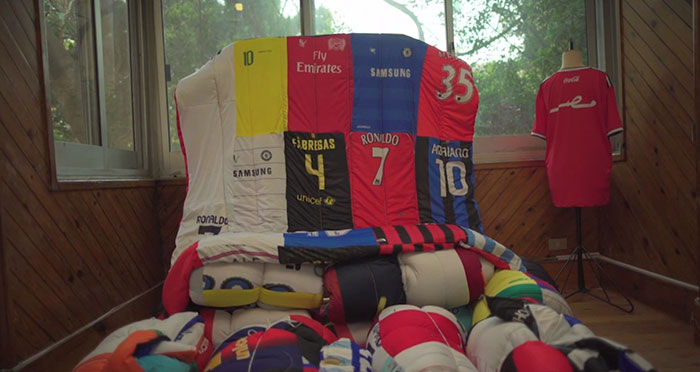 Through reigniting pride for Egypt’s football team, Coke seems to have succeeded in reinvigorating pride for the country itself. Venables Bell’s Michael Davidson commented: “There was something uplifting about the message of, ‘be proud of being Egyptian and get behind the team’.”

The campaign was also highly effective. Coke’s association with football went up by 10%, brand love grew by five points in one month and content shares and engagement far surpassed those of Pepsi. As Fattouh points out, good content “empowers brands to take on bigger topics that actually matter to consumers, surprisingly enabling brands to get much more than a few seconds of undivided attention.”

The 2019 WARC Awards, including a category for Effective Content Strategy chaired by Unilever’s Namita Mediratta, are open for entries until 19 February.