“You do not really understand something unless you can explain it to your grandmother,” Einstein once said. To make science useful to mankind, he knew the significance of simplicity to communicate its value benefit. My science teacher in school used to give this example while explaining complex concepts.

Many moons have passed since then. I didn’t end up as a scientist. But the appreciation for good application of tech stayed on, even though primarily limiting to the domain of advertising, media, and marketing.

For quite some time, the ‘Sound of Honda / Ayrton Senna 1989’ campaign was the epitome of utilization of tech for me. Honda had re-enacted the world’s fastest lap set by Ayrton Senna in qualifying for the 1989 Formula 1 Japanese Grand Prix. Honda’s on-board telemetry system, which collects data from the car’s accelerator and engine, allowed the team to recreate the lap with an innovative use of sound and light on the iconic Suzuka Circuit. It was a hell of a campaign and dominated at Cannes Lions a few years ago.

With the advent of AI, machine learning and deep learning, brands’ application of technology also has found more sophistication. In fact, advertisers today are in a race to pit their metaverse credentials. Anything less is being compared to dinosaur age.

Counterintuitively, some of the winning entries in the WARC Awards for Media 2021 have a different story to tell. They all resorted to technology that not only appears simple, but also looks more human and focusses more on solving the business problem.

This could leave many marketers questioning whether sophistication ensures success, or there is another mantra worth following?

Start with an insight and an idea, not with a technology

Technology itself gets commoditised once its adoption is accelerated. It is unfair to expect new technology that never existed before to power every campaign. Some of the greatest applications of tech often start with a powerful insight and an out-of-the box creative idea.

For example, Burger King in US used an insight around how people use their doorbell camera to come up with an idea that would not only create great organic content, but also would ensure brand talkability.

The brand used its mascot, the iconic King for Uber Eats surprise delivery. People found the ‘King at the door’ footage captured via the doorbell cameras amusing, hilarious and shared them on social media. Conversations about Burger King delivery doubled, and Uber Eats recorded 93% sales growth.

Sometimes brands and agencies turn to media partners for innovative solutions. If you are lucky, you could get one, but most often it’s likely to be a product from their menu (existing or upcoming) with limited differentiation. If the idea is unique, the solutions are likely to come from an unconventional source.

Infant milk formula brand Similac found an unusual partner in a sex-tech company to create a wrist band for would-be moms that would go on to become a source of top-of-mind recall for Similac, eventually contributing to sales.

In Israel, maternity wards are out of bound for brands. Similac being a challenger brand needed to come up an unconventional solution to be the preferred brand for opt-in by expectant moms just before birth, if needed. By creating a Similac branded bracelet that could comfort the would-be moms by giving a feel of real-touch by their loved ones (through haptic technology) during the delivery period, the brand ensured it stays top-of-mind.

As a result, Similac officially became the most requested brand at hospitals, and its market share increased by 1.5%.

It's not about technology, it’s about what you do with it

The brand was facing a challenge to balance its store traffic during peak and tough periods in mall-based stores. By utilising digital OOH programmatically based on footfall sensor data to communicate real-time buying triggers such as dynamic queue time, offers, store direction and time, Nespresso was able to drive direct and measurable impact. As a result, not only sales boosted by 19.5%, brand awareness and purchase intent went up by 13% and 9% respectively as well.

These simple utilisations of technology could act as a source of inspiration as well as for introspection for the industry. We need to ask ourselves, do we really need to aim for the moon for tech utilisation, to be effective? Only time will tell.

It certainly provided a déjà vu moment for me and took me back to the words of my science teacher and that famous Einstein quote. 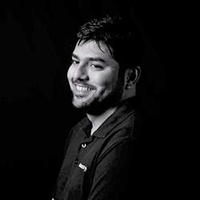