Every now and then I come across 'learned' marketing papers that are so wide-of-the-mark that I feel compelled to speak out. There's plenty of half-baked material around that is not worth the effort of comment, but true 24-carat nonsense is more rare. Before this starts to sound like a self-opinionated attack I should define what I mean by 'nonsense': that which contradicts consistent case study evidence of success.

My 'opinion' is principally shaped by the almost 6000 case studies from around the world in the Warc archive. It is relatively simple to test theory against this body of evidence - but clearly the authors of real nonsense do not trouble themselves to do so.

When I came across a promising-sounding paper in the McKinsey Quarterly entitled Unlocking the elusive potential of social networks, I was naturally interested. I have read many case studies that made great use of social networks to generate buzz for brands and have attempted myself to extract the general principles that appear to underlie success.

At the end of the opening section came the considered finding:

"We therefore concluded that we could succeed only by being genuinely useful to the individuals who initiate or sustain virtual world-of-mouth conversations."

Try as I might, I couldn't think of a single case study of word-of-mouth success that was based on offering something useful to consumers. Cool, yes; funny, yes; disturbing, yes; risqué, yes; weird, yes; surprising, yes - but useful? In the interest of keeping an open mind, I turned to two databases of effectiveness: the Warc archive of global case studies and the UK IPA effectiveness databank of around 1000 case studies.

In the last year, there have been around 80 new Warc case studies in which word-of-mouth has played a significant role. Apart from one or two that built buzz around a pricing offer (typified by UK retailer Sainsbury's Feed your family for a fiver campaign) there are none that are based on being useful.

Personally I don't regard price promotion as a helpful test-bed for marketing: surely the more general role of marketing is to minimise the need for price cuts rather than to celebrate them. So, without important exception, the 80 or so case studies built buzz in ways that could not be described as being useful.

A few examples illustrate the point:

Cisco's campaign targeting IT managers chose a graphic novel as a way to attract their interest - perhaps the very opposite of being useful, but highly successful for it.

Intel successfully built buzz not by featuring useful technical capabilities but instead by presenting its people as the rock stars of the technology sector - the gentlemen of McKinsey must be squirming at the frivolity of it all.

Pepsi in India drove buzz with a fantasy riddle computer game with prizes such as ringtones. Mckinsey's view of such tactics? "One final recommendation: no gimmicks. Forget dancing monkeys, artificial contests, or stupid tricks; they add no value and waste people's time." Surely even McKinsey consultants like to have fun wasting a little time from time to time?

Whirlpool reinvigorated its presence in Australia by dressing celebrities up as their mums in its highly popular TV commercials.

Evian fought back against recession in Europe by putting babies on roller blades in its commercials (I'm sure parents of toddlers didn't find this useful).

Ford re-launched its Fiesta model in Europe with a fashion brand treatment: nothing about features, all about cool. The typical consumer response in social media says it all: "…super cool commercial".

And so on - there are many more examples that suggest that the best way for brands to unlock the elusive potential of social networks is to be studiously useless.

For those who won't accept such qualitative evidence of the principle (management consultants, perhaps?), let's look at the IPA databank findings on what drives buzz (or 'fame' in the language of the databank).

Of the 98 case studies that achieved top box fame scores (i.e. generated a lot of buzz for the brand), only 18% did so using a rational communications strategy (i.e. communicating useful information). By contrast, 56% did so using a purely emotional strategy with the balance using a combination of emotional and rational elements (in which we know from other analysis that the emotional element is the key driver of effectiveness).

To be fair to McKinsey, others of their publications on this subject are more enlightened than this particular one, and clearly it is possible to drive word-of-mouth by being useful - but it is much more likely to remain elusive if this is your strategy. 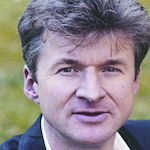