Effective strategy is enhanced by breadth of knowledge, diverse experience and interdisciplinary thinking, rather than through rigid frameworks and myopic focus according to Zoe Scaman, founder of Bodacious and co-founder of MCX.

She opened the door of the glass cage of a meeting room I’d been shown into, looking down at a printout of my CV which she held in her hand – without acknowledging me or introducing herself, she sat down, laid the piece of paper on the table and proceeded to read it aloud, using her pen as a percussion instrument to tap each point as if wishing to emphasise and dramatise her disdain.

Zoe Scaman's piece appeared originally in WARC's Future of Strategy 2021 report, which you can read here.

After what felt like an eternity of tapping and tutting, during which I sat there stunned and silent, she finally raised her head, looked me in the eye and said...

“You’re not very reliable, are you?”

But a reliable, predictable, certain, pre-defined career path which could be neatly mapped onto a linear trajectory was never, ever for me.

I became a strategist (whatever that means these days) at the ripe old age of twenty-two after four years of failing miserably as an account manager. At the time I had no idea what strategy entailed and I didn’t care, as long as I wasn’t fired and was allowed to keep my visa while I was working in Sydney.

Soon though, I fell in love with it.

For me strategy was about insatiable curiosity, falling down rabbit holes, connecting seemingly disparate dots, being that annoying kid in the backseat of the car on a long road trip who keeps asking ‘but, why?’, diving deep into subjects I’d never explored before, becoming a master of pointless trivia and therefore excellent in a pub quiz scenario.

I had found my calling.

But as I progressed through my career and entered into each new role, I felt like I was being boxed-in, having my wings clipped and being told over and over again that this was the right way to do strategy and that I had to follow their process, paint by their numbers and not deviate from the narrow and restrictive proprietary frameworks I was forced to wedge my thinking into.

I tried. I really did. But I couldn’t do it.

Every time I would attempt to follow their rules and abide by their dogma, but I felt trapped and in a matter of months I’d be off, desperate to escape so that I could keep learning new things, absorbing new ideas and expanding my mind.

For a long time I thought maybe I had commitment issues. Maybe there was something wrong with me. Maybe I was unreliable.

But now, with the benefit of hindsight and a new-found understanding, I can see a different picture; my experience isn’t a messy hodge-podge as I’d once viewed it, rather it’s a connected, cultivated portfolio.

And whilst I’d kind of known this for a while, it wasn’t until I found my 'bible' last year, that it all became clear.

In his book ‘Range’, David Epstein lays out an alternative to the oft touted ‘10,000 hours and deep expertise’ approach for crafting a career that has become our accepted wisdom. Instead, what he describes is the embracing of broad learning, of continuous experimentation in different fields, of multi-disciplinary thinking and of the power that generalism can unleash.

“If we treated careers more like dating, nobody would settle down so quickly.”

But the insights I found in his writing weren’t just about personal validation, it also validated a hypothesis I’d had about the field of strategy that I’d always inherently known to be true, but hadn’t necessarily found the language to be able to articulate: that polymaths are better problem solvers and, that in many cases, breadth of experience surpasses depth.

“Breadth of training predicts breadth of transfer. That is, the more contexts in which something is learned, the more the learner creates abstract models, and the less they rely on any particular example. Learners become better at applying their knowledge to a situation they’ve never seen before, which is the essence of creativity.”

“The challenge we all face is how to maintain the benefits of breadth, diverse experience, interdisciplinary thinking, and delayed concentration in a world that increasingly incentivizes, even demands, hyperspecialization.”

We are obsessed with categorisation and specialisation when the path of a strategist, as David's book outlines, should be the opposite.

We need to reassess what we cultivate and what we celebrate.

Strategy, first and foremost, is about problem definition and creative problem solving.

But if we’re taught that the only tool we have is a hammer, then we’re going to treat every problem as if it were a nail.

We need to take the blinkers off.

We need to stop looking at strategy as a paint-by-numbers, overly specialised, ‘my way or the highway’, ‘follow the framework’, ‘there is only one true God and his name is Jon Steel’ type of approach and instead, we need to start to redefine our careers, from exact categorisations into expansive constellations, from skill sets trapped within the ad world to skill sets transferable into the wider one.

I get so many strategists coming to me who are bored, drained, restless or just done, when it comes to agency life. And I don’t blame them. But they often feel they have nowhere else they can go, no other path they can explore, without having to start all over again.

But this isn’t the case.

As a strategist your mind is (hopefully) wired for curiosity, elastic in its ability to adapt and voracious in its appetite for learning and discovery. You will also be a natural at digging down to identify the real problem hiding behind the perceived one and you’ll be able to explore far and wide, when it comes to seeking out unexpected but brilliant solutions.

So, take that Sherlockian lens and apply it to your own career to find your next (temporary) challenge.

Could you shift into the client realm to become a brand manager or a marketing manager, shaping and executing broader brand and business strategies?

Could you move into research, trend analysis and futures, either at a standalone consultancy, client-side or within a tech company?

Could you geek out on business models or product creation by moving into the world of innovation, helping to dream up new possibilities and making them a reality?

Could you enter the realm of VCs and Private Equity to work with brands they invest in, helping them to grow in smart and efficient ways?

Could you become a true 'jack-of-all-trades' for a start-up, wearing multiple hats, learning fast and throwing yourself into the unknown on a regular basis?

Could you try your hand at meaningful behaviour change within the charity sector or international development, learning to work with limited resources to make an impact?

Yes, you could. And you should.

To paraphrase David Epstein, to become better strategists and problem solvers we need to learn to “dance across disciplines”, to develop a "high tolerance for ambiguity" and to hone our "ability to connect disparate pieces of information in new ways", because “our greatest strength is the exact opposite of narrow specialization. It is the ability to integrate broadly.”

So, go spread your wings, flit about a bit, learn, grow, stretch your mind and, most importantly, reframe your idea of what a successful strategy career looks like: from a pigeon-holed linear trajectory, to a portfolio-led journey of discovery. 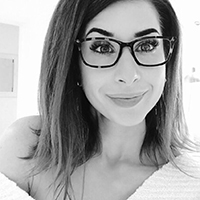