Women have been at the sharp end of a year of pandemic and lockdown. As the world slowly emerges from the threat of COVID-19, brands are going to have to reset their relationships with their female audiences, say Philippa Roberts and Jane Cunningham.

Just under a year ago, when the first lockdown had got underway, the Institute of Economic Affairs published a report on the likely impact of the pandemic on markets. “A major pandemic … accelerates and magnifies trends and processes that were already under way, making them happen more rapidly and go further than would otherwise have been the case. It also brings a final stop to processes that were already exhausted or had reached a limit but makes that stop more sudden and abrupt than it would otherwise have been.”

Now, on International Women’s Day, we want to make a call on naming one of those processes that was already exhausted and had reached its limits. Counter-intuitive as it may seem, and surrounded as we inevitably will be by hashtags and Go Girl proclamations from brands and businesses across the globe, we believe there’s a need to call time on the practices of “Fempowerment” and corporate feminism.

Consumer disenchantment with corporate feminism should really come as no surprise to any brand that listens well and has its feet properly on the ground: over the 15 years that we’ve been researching with female audiences, we’ve seen interest and respect for it gently recede. There’s no doubt that the early pioneers – the wonderful work of Dove in changing the dial on beauty standards; the brilliance of Always in creating boldness and interest in a category dogged by denial narratives; the power of Nike in building up female sport; the campaigning work of Ariel’s Share The Load – genuinely achieved great things (for themselves, for their customers, and for the wider world). Respondents in our research would almost always applaud and admire these brands for their work in exposing cultural biases that kept and put women down.

But as others mimicked the model, and “Fempowerment” and “Femvertising” became A Thing, the responses we heard in research began to wane in enthusiasm and interest. And we began to pick up a practice that has now become widespread – a phenomenon that we describe as ‘sneaky sexism’ – where brands play an empowerment tune, but continue with old sexist ideas in ways that are now disguised or sub-textual or implicit rather than explicit.

So, for example, we see a lot of token appearances – a BAME woman, or an older woman, or a plus-sized model included but only for their exceptionalism. Or where obvious binary pink and blue is replaced by coded versions (pastel floral decorative ‘for her’; dark strong powerful for ‘him’). Or where the old critical and perfectionist narratives are told in the sub-text rather than the text: weight-loss described as wellness or anti-ageing repositioned as ‘being age-less’. Or where the brand replaces the old narrative of ‘you need to fix your body’ with a new narrative that says ‘you need to fix your behaviour’: be strong, be bold, don’t be sorry.

Now, however, we believe that those “exhausted and at their limit” processes are about to come to one of the IEA’s “sudden and abrupt stops”. The pandemic has had a disproportionately hard impact on women, and, in particular and as usual, on women in unstable or low-wage employment.

Women’s jobs are estimated to have been 1.8 times more vulnerable than men’s. Women make up 39% of global employment but account for 54% of the overall job losses that have occurred as a result of lockdowns1. One in four women say they’re thinking about having to leave paid work due to the pandemic, citing company inflexibility as one of the prime reasons. The burden of what Arlie Hochschild termed the “second shift” to describe all the unpaid work that women do in the home has never been more strongly felt; in this current lockdown, 67% of women were taking charge of their children’s home education (compared with 52% of men). In December, in the US, 156,000 women lost their jobs whilst men gained 16,0002.

In our research over the last year, we’ve heard women talk about how they are hanging by a thread, carrying not just the obvious burdens of work (often in “essential worker” roles) and care and schooling, but the “silent work” of listening and supporting others’ health and well-being.

In this context, brands and businesses jumping aboard the band-wagon to tell their female customers that they can Will What They Want or are empowered To Be The Best Version of Themselves or that The Future is Female feels (at best) tone deaf and (at worse) completely disingenuous. The easy promises of the Go Girl propositions have never sounded more hollow or less up to the task.

As the lockdowns end, and the world comes blinking back into the light, there’s both the need and the opportunity for a re-set on the relationship between brands and their female audiences.

For most of the twentieth century, brands operated as if they were masters in their relationship with the female audience: holding the authority, telling them how to look and how to be, explaining what they needed to do in order to achieve an ideal. In the last decade – as Fempowerment has held sway – brands have moved from Master to operate as if they are the ‘Patrons’ of women – supporters, advocates, sponsors but still the ones holding the power and still telling women how to be and how to behave.

Now, they need to shift again to meet the needs of the post-COVID context and to do this they need to be not Masters, or Patrons, but Servants.

They need to properly listen to their female audiences, understand the very genuine hardships and needs that they face, and work out what usefully and helpfully they can do to serve them and alleviate those needs.

Philippa Roberts and Jane Cunningham are the authors of ‘Brandsplaining – why marketing is sexist and how to fix it’ published this month by Penguin.

View all of Philippa Roberts and Jane Cunningham's Opinion posts 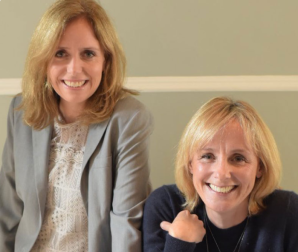 Philippa Roberts and Jane Cunningham are the founders of PLH research, the UK’s leading research agency specializing in female audiences.
Get a demo
Topics
Send feedback