The UK’s Christmas ad season is upon us – TBWA/London’s CSO Sandie Dilger looks at the campaigns attempting to go their own strategic way.

Wizzard famously wished it could be Christmas everyday and their wishes may very well have come true if they worked in on a retail account in advertising. Far from being confined to one day, Christmas ad development is an evergreen pursuit.

2022 sees an extra circle appear in the Venn diagram that forms most of these briefs. The usual, “Christmas joy” meets “buy our products” is joined by “acknowledge the chaos of our current reality”.

But rather than dish out the plaudits to the strategists or creative teams who have managed to find a new take on Christmas joy (which is, in itself, no mean feat, and some have done it excellently this year), I wanted to call out those who have disrupted the traditional Christmas brief and who have instead forged new paths to cut through at Christmas.

With this in mind, there are four brands on this strategy Santa’s nice list.

And would it be a nice list if it didn’t involve John Lewis? Not this year. There’s so much to love about this. But whilst many are lauding it for its ‘back to basics’ executional approach and storytelling, there’s a strategic shift in this year’s work that must not have been easy to make given the tried and tested success of ‘thoughtful giving’.

The shift to ‘doing’ not ‘giving’ and their resultant brand action reads the room brilliantly and I imagine will pave the way to lots of new and interesting ways of doing John Lewis’ classic storytelling at its best.

My very own version of ‘the nightmare before Christmas ads’ involved an anthropomorphic carrot giving advice on how to save money this Christmas. Thankfully, the UK’s favourite discounter (at least for its first instalment) has eschewed the whole Christmas joy on a budget minefield and instead put its eggs (or carrots) in the basket of the other big winter event of 2022, the World Cup.

Strategically disruptive, yes, but also (I predict), highly commercially effective, as when I think ‘shopping for a world cup gathering’, it will be Aldi that springs to mind.

Asda: Have your Elf a Merry Christmas

Have your Elf a Merry Christmas | Asda Christmas Advert 2022

Much has been made of the feat of production which is the integrating of existing footage of Buddy the Elf into an ASDA store. The punter in me loves this ad, but the strategist loves it even more.

Some of my absolute favourite supermarket advertising came from ASDA in the mid-2000s when celebs such as Ian Wright, Victoria Wood and Paul Whitehouse all worked in various departments of an ASDA store. As a result, I’ve always believed that ASDA staff are a nice, hospitable bunch. Is there a better time to remind us of the quality and friendly nature of their employees than in 2022 when all we read about is staff shortages?

Equally, what a better time for a big supermarket to get behind and motivate their people with pride in what they do. If the green gilet is good enough for Buddy the Elf….

Sainsbury’s: Once Upon a Pud

Finally, a tip of the Santa hat to Sainsbury’s who plumped (I’m sorry!) for some good old-fashioned product advertising. Their strategy puts their Taste the Difference range front and centre in the form of a rather untraditional salted caramel pudding.

My Mum has already added one of these to the virtual trolley and I bet they sell shed loads of these.

So yes, the snowman brings the snow and yes Santa brings the sleigh but this year, I’m going to let the bells ring out for those who’ve disrupted the traditional Christmas ad narrative.

More to come as the festive blizzard continues… 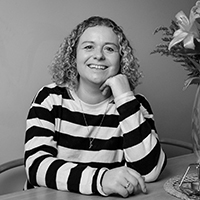