At last week’s DMA Awards in London, Ogilvy UK collected the Grand Prix for their ‘Have a word’ campaign, developed pro bono for the Mayor of London. 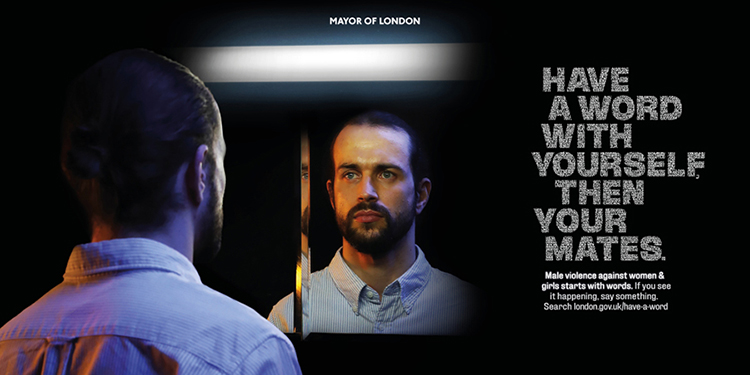 Built around a 1:52 film which ran on social media, in cinemas and at major football games, in addition to owned OOH activations on London’s transport network, ‘Have a word’ shows a group of men harassing a lone young woman waiting for a taxi after dark.

Having watched his friend approach, taunt and sit next to the girl, another member of the group, Jacob, shifting awkwardly, is shown in a cutaway talking to himself in a bathroom mirror:

“You need to say something. This isn’t a joke anymore.”

Back in the moment, Jacob interrupts his friend, “What are you doing? That’s enough.” The perpetrator, sheepishly, offers a feeble excuse before rejoining the group, leaving the girl to finally catch her taxi.

While its creative portrayal of the choices facing witnesses to violent situations is both arresting and challenging, Ogilvy’s Grand Prix-winning campaign is not without precedent; in fact, it is representative of a revived appeal to bystanders in public service announcements from London’s metropolitan authorities.

A change in target audience

Transport for London (TfL) and other organisations controlled by the city’s mayoralty have tended to address either the victims or perpetrators of violence in their media campaigns. ‘Report it to stop it’, which ran from April 2014, featured ads that depicted the experience of women who were groped on public transport, calling on them to step forward and report unwanted sexual behaviour to the police.

However, more recently public service announcements have started speaking to passive bystanders, shifting the onus to act away from the victims of anti-social behaviour and onto those who might walk on by. For example, in late 2020 the Metropolitan Police launched ‘Hard calls save lives’, a campaign that called on members of the public to step up and share information relating to knife crime. Similarly, in the aftermath of the coronavirus pandemic, TfL, in association with the British Transport Police, ran a series of campaigns asking the public to become active bystanders in cases of sexual and hateful abuse by offering direct assistance to victims.

While a combination of budget cuts and rock-bottom trust in London’s law enforcement authorities – particularly after Sarah Everard’s murder – may have also informed this shift in communications away from a reliance on police activity, ‘Have a word’ specifically drew from research showing that peer pressure would be the most effective way to change low-level misogynistic behaviour, as well as preventing it from escalating into more serious violence.

Where TfL’s 2014 ads do not dwell on uninterested, unhelpful bystanders, here they are the target audience. Ogilvy’s campaign plays with the self-perception of bystanders – literally, they are shown staring into a mirror – by creating an empathetic narrative that encourages them to reconsider their values and those of their mates. Although emphasising the self-image of bystanding men does, on the one hand, downplay female experiences of male violence, this pragmatic approach successfully leverages men’s desire to be the ‘good guy’ to effect behavioural change.

It is also no coincidence that ‘Have a word’ showcases a group of male friends interrupting misogynistic behaviour, rather than the actions of a random lone bystander.

The 1957 film 12 Angry Men tells the story of how a single juror, politely and rationally, convinces his fellow members to acquit a defendant against their clamour for a guilty verdict. Sharing this conviction that conversations within networks are more effective than recriminations at challenging destructive ideas and behaviours, the most telling frame in Ogilvy’s ad is when the crestfallen perpetrator realises that his friends – calmly but firmly – are telling him to stop, and he understands what he was doing was wrong.

In this way ‘Have a word’ follows in the footsteps of Gillette’s ‘The best men can be’, the controversial campaign that called for a wider conversation between men about what can and cannot be tolerated. However, where Gillette’s effort attracted opprobrium for being seen to blame all men for toxic masculinity, the Mayor of London’s campaign is fundamentally optimistic and, within reason, forgiving. By insisting that men can and should call out bad behaviour when they see it, the campaign reminds us that we need not be mere bystanders, but part of a community that is capable of self-regulation and change. If we talk to each other, it doesn’t take that much to change people’s minds; a nudge will often do.

Since the campaign’s launch this strategy has been vindicated by 3.1bn earned impressions, a global reach – including adoption by the UN and support from TikTok, universities, NGOs and FIFA – and, most importantly, a high level of male engagement on social media. Sadiq Khan, London’s mayor, praised the campaign after its DMA win for “making a real difference in our fight to end the epidemic of male violence against women and girls for good.”

This recipe of behavioural insight, striking creative, the empathetic treatment of characters and trust in the ability of an audience to effect change has been shown to win awards and start conversations; conversations that will, eventually, save lives.

Case studies from the 2022 DMA Awards will be published by WARC in early 2023. In the meantime, view the winning entries on the DMA website. 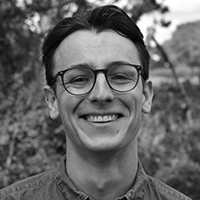