With businesses requiring an estimated 151,717 more data scientists, to sort, clean, and process vast amounts of data, this time consuming process appears to be insurmountable. As a result of the depleted skilled workforce, companies are turning to machine learning (ML) and artificial intelligence (AI) to gain valuable data insights, but these tools in isolation are not enough.

That’s where augmented analytics comes in and it’s going to be a big trend for the year ahead.

What is augmented analytics?

First coined by Gartner, this technological solution blends ML and AI algorithms, automates data preparation, management, and insights across an organisation. By minimising the human element and empowering ML, businesses are able to rapidly process data at scale, reducing the time spent searching for trends and patterns in data.

Where once businesses were scrambling to recruit hundreds of data scientists technology is now empowering businesses to achieve actionable insights rapidly. As a result, data scientists can avoid wasting time digging through data, and instead utilise their expertise to maximum value and drive performance.

In fact, it’s expected that augmented analytics will lead to the creation of ‘citizen data scientists’ who will be able to leverage far superior insights than would have been possible using data scientists and traditional business intelligence (BI) alone.

When you think of traditional BI platforms, they usually come with a number of shortcomings.

One of the main pain points is the upfront hidden work that is often needed before even getting to look at, or uncover patterns in your data. A company may hire an expensive data scientist thinking it will save time and uncover much-needed insights, only to find their latest hire spends most of their time manually cleansing and harmonising the data in spreadsheets before leveraging their full skillset.

In contrast, augmented analytics uses machine learning to do all of the heavy lifting in terms of cleansing, sorting, and unifying a company’s often siloed data points. Moreover, a platform using augmented analytics can also go one step further by converting these insights into actionable steps.

Traditional BI platforms rely on data scientists to search for the right answers within the data presented back to them. The problem with this is that if you don’t know what you’re looking for, you’re less likely to find it. Equally, as a result of overreliance on human involvement, bias can creep into the data or a data scientist might make assumptions and then use the data to support it.

Augmented analytics can avoid drawing similar incorrect or incomplete findings because it offers a blend of analytics tools and technologies.

How augmented analytics can avoid bias

There have been numerous incidences where bias has crept into AI and deep learning tools, but even once discovered, trying to re-educate a machine to ignore this bias is easier said than done.

An example of this was Amazon’s AI-based recruiting tool, which was trained to look at patterns within CVs submitted to the company over a ten-year period. Most of these came from men, and as such, the program started screening CVs that featured the word ‘women’s’ such as ‘women’s chess club captain’ and even some women-only colleges. Although the program was edited to make it neutral to these terms, there was no fail-safe way to prove the machine wouldn’t find another way to sort based on this pre-trained bias and the initiative was abandoned.

By comparison, augmented analytics is able to spot patterns, trends and biases before they become a problem. It can also identify false and less relevant insights or avoid missing important insights in the data in comparison with manual exploration. Augmented analytics also makes valuable data insights accessible to all small media businesses, regardless of budget, something that would have been out of reach if companies had to rely on data scientists.

What does augmented analytics entail?

It’s widely agreed there are five key augmented analytics capabilities. These include:

Why augmented analytics will be impactful

Due to its ability to create citizen data scientists, the application of data will permeate throughout an entire organisation. This will include job roles outside of analysts and data scientists such as HR, sales, marketing, procurement, customer service and more.

It will also help to reduce costly business decisions. Take the programmatic industry as a case in point. According to eMarketer, this year programmatic ad spend is expected to reach £6bn this year, which means any error is likely to come with a substantial cost.

Last year, for example, Google spent billions with publishers on 300x250 ad units featuring nothing but the colour yellow, after a training exercise went wrong. The mistake was realised after 45 minutes – which is pretty impressive – but the damage had been done, with one publisher saying they had seen payments north of $100,000 and Google having to pay for the mistakenly bought ads. It’s possible that if an augmented analytics platform were in place, the error would have been flagged as an anomaly in usual behaviour patterns and prevented wasted ad spend.

What does the future hold?

According to Gartner, advances in augmented intelligence mean that by 2020, 40% of data science tasks will be automated. Although augmented analytics is still in its infancy, many experts suggest its growth will be quick and will be the logical next steps of analytics applications. For example, marketers could utilise an always on augmented analytics platform telling them proactively if something is worth exploring or how to optimise an opportunity found within the data, without even having to look for it. The big difference will be moving from an investigative explorative discipline to a proactive impactful one. 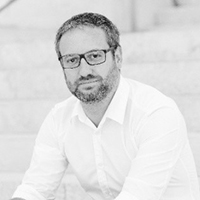