There are numerous tensions in today’s media landscape – online vs. linear, tech vs. tradition, new vs. old – that need to be resolved with a more collaborative and holistic approach, says Louis Wedgbury of Hearts & Science.

The announcement earlier this year of ITVX, the UK’s first integrated ad and subscription platform, demonstrates how linear TV is in the process of being absorbed by online. It’s yet another example of how the legacy media world is changing.

Despite this news, which for ITV marks a truly significant decision about its future, I still find parts of the UK media industry are yet to align their thinking with the new digital paradigm shift. There is of course a legitimate reason for this, in many cases for fear of potential commercial impacts.

This is understandable of course, especially if margins have been squeezed as new online competition has emerged. However, it’s reaching the point where these anxieties risk holding real progress back. There are simply new and better ways of working, matched by client demand; we risk missing opportunities by failing to change.

Furthermore, I think this situation is compounded by a fear of what will happen if traditional UK media tries to compete directly against Big Tech and the largest of the digital natives. I sense some are dragging their heels because they worry these businesses have greater technological power, experience and the people to use it.

As a result of this anxiety, there exist growing tensions across the market; between what some media owners provide and what advertisers want; between traditional mindsets and new ways of working; in essence, between the old and the new.

For the benefit of everyone, not least legacy media owners, it’s time to resolve these tensions and adopt a shared vision and approach that marries the past with the future. For me, that starts with a better understanding of skills and the mindsets needed in this landscape.

For example, relationship building has traditionally been the foundation of TV buying and thus these teams are typically composed of people with extroverted personality types. Yet as TV moves deeper into an internet delivery model, adopting more complex addressable and targeting capabilities, the needle will shift towards those with tech, data, analytical and mathematical experience.

By better mapping what skills are required now, and making those investments today, not only does this reposition businesses to work better with more advanced advertisers and tech partners; it also begins to change the internal mindsets of businesses. It gives them enough of a digital-first personality to swim with the fish in bigger ponds.

However, the change required is not necessarily about swapping one thing for another; it’s about combining the best of the old with the best of the new. The outcome of such a marriage is a way of working that straddles both worlds and begins to break down the digital vs. AV silos that cause so much tension within the market.

For example, at Hearts we have upskilled and subsequently restructured our agency to take the necessary holistic approach to AV planning that merges traditional linear broadcast with online video.

This takes time, people and effort. Yet it was the only way to approach the reality of AV as a complex ecosystem that today includes many different formats and platforms – not just the classic TV spot. Rivalries between digital and AV teams were put aside, as were mindsets about siloed channel planning.

In their place, a team that combines both online video and traditional AV began work developing a bespoke algorithm combined with CPTs, media metrics such as viewability, attention and engagement, plus audience consumption patterns to predict total combined reach and frequency across AV screens.

For us, this was the only viable solution to the reality of a changed video market and the needs of advertisers operating within it. I’m sure that different businesses might deploy other solutions, but ultimately none of them can approach the future with a legacy siloed mindset.

And for those media owners with any lingering fear that online video will simply cannibalise traditional TV, look at the evidence compiled by Les Binet and Peter Field that shows that combining them makes television work even harder.

Our approach to audiences also has to change. It’s redundant to think only in traditional buying currencies; advertisers now require a custom audience-first approach and media plans that reflect diversity and complexity.

There is a wealth of audience data available across the AV ecosystem, and media mix modelling is helping produce double-digit uplifts in conversions for both existing and new customers when Hearts has used it with its own clients.

However, there is a disparity across the market with some players able to provide deeper insights through third-party tracking, and others that stick with older and more simplistic models. Yet this works against the interests of advertisers, and commercially fails to level the playing field.

Agencies have a role to play in helping overcome this situation, but it still requires a willingness from media owner partners to offer more, especially when the tools are available.

Origin, ISBA’s advertiser-backed programme to create a blueprint for cross media measurement, also reveals long-standing tensions between the needs of advertisers, and what the status quo provides for them.

Clients need to understand and plan across both online and broadcast platforms, but there is no standardised approach to video and display measurement, and no common measurement across media, because the industry has been so slow to marry the old with the new.

It’s reassuring that Origin – which complements rather than replaces other approaches and has the backing from some of the world’s largest and most influential advertisers – is finally moving towards becoming a viable solution. For me, this demonstrates once again the necessity for a shared digital vision we all need to adopt, in all areas of the market.

Indeed, a rising tide lifts all boats. So ditch the fear, let go of the past, and let’s collaborate and learn from each other to truly embrace the new digital paradigm shift. 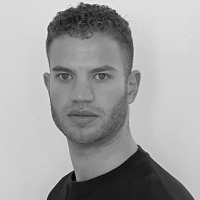