Paul Donato, Chief Research Officer at the Advertising Research Foundation, discusses the organization’s latest research on the changing face of US TV viewership.

While ad spend is projected to decrease in 2023 due to a confluence of macroeconomic factors, investment in CTV (connected TV) is still expected to see double-digit growth, and the increased ad spend will need to be accompanied by increased focus on media and measurement.

According to IAB’s 2023 Outlook Survey, CTV ad spend will climb to 14.4% of overall ad spend in 2023. This jump comes as streaming’s share of total US TV time surpassed cable for the first time ever back in July, according to data from Nielsen.  As more advertisers invest in internet video and CTV while also continuing to spend – even if it’s less – on linear TV, more than half aim to focus somewhat or significantly more on cross-platform measurement.

This goal dovetails with the latest research from the Advertising Research Foundation’s annual DASH (Universe Study of Device and Account Sharing) study, which shows how increased viewing time spent on streaming TV, newer types of access to linear TV, and other factors continue to alter TV viewing.

A nationally projectable enumeration study of consumer behavior in TV and digital media, DASH records in granular detail how US households connect to and consume TV, examining how they use digital devices and interact with and share streaming media and ecommerce accounts. Ultimately, it’s designed to provide an industry-standard truth set for data calibration in the broader digital media space. As such, media and measurement providers license DASH data to estimate universes, correct for biases and gaps in big data sets and assign viewership, devices and accounts to households and individuals and more.

Here are some findings from the most recent DASH data set:

What’s in a name: Rethinking our concept of ‘TV Households’

Traditional television households have typically been defined as those with at least one working television set. However, viewing media consumption in this way leaves out a meaningful amount of TV viewing by individuals who watch TV only on mobile devices, including computers. Our latest DASH data shows that more than 5% of U.S. households do not own a television set, but it’s not because they’ve sworn off media or technology. In fact, 80% of these very households do have broadband and nearly half watch TV on their devices. As with many things in our current digital media landscape, younger Gen Z and millennial consumers – who live in smaller households and are twice as likely as older viewers not to own a television – are driving this trend. Drilling down further, half of households without TV sets access TV only through broadband internet, also known as BBO (Broadband Only) homes. DASH data shows that BBO grew from 25% in the summer of 2021 to 30% in the spring of 2022, including in those households without a TV set.

When we consider this data, we support a slow shift away from the concept of ‘television households’ to ‘TV-accessible households’ as the basis of TV measurement.

BBO households can access linear TV through vMVPDs (virtual multichannel video programming distributors) such as YouTube TV and Hulu+Live. As such, many in the industry want the rating services to treat vMVPDs as just another form of Pay TV (like cable, satellite and fiber services). DASH data shows that adding vMVPDs would raise the Pay universe to 67% and lower BBO to 20% among all TV-accessible households. Some in the industry represent this 20% to be the entire BBO universe, while others include households with vMVPDs in BBO.

No equal opportunity – or loyalty – for TV sets

The different ways in which the same household accesses programming on different TV sets have created measurement challenges.

DASH data shows that only 21% of Pay TV households have a set-top box on every TV, with the remaining households possessing at least one TV hooked into a different programming menu. For example, 33% of Pay TV households have broadband connected to at least one TV, and 14% of these have YouTube TV on at least one television, giving them access to two modes of linear viewing. What’s more, not all these TVs are the same brand, which produces other measurement blockers: DASH data shows that 86% of households with one Vizio TV, for instance, have other TVs from other brands. Even households with two Vizio TVs have other brands present in 70% of cases.

Having a more granular picture of the universe of TV sets and connectivity within individual households can help measurement teams calibrate viewership data to be more representative of the total audience.

Sitting down for family dinnertime – but not family TV time

Once upon a time, families gathered around the television together during primetime (yes, often with a TV dinner in front of them). Blame technology, overscheduled kids and both parents working outside the home, potentially for longer hours, and the result is families consuming their media on different devices at different times. Perhaps this is why primetime co-viewing is actually higher in two-person households than in larger families.

Streaming penetration held steady in 2022, but changes are afoot

The streaming wars seemed to declare a ceasefire in the back half of 2022 with consumer adoption of new services waning. But that’s unlikely to last long.

DASH data showed that the household penetration levels of the major subscription streaming services held mostly flat year over year, with the exception of Paramount+, which rose to 17% from 11% behind the series ‘Yellowstone.’ Disney and HBO Max have also risen slightly, while Netflix dropped slightly. Netflix and Disney also remain the most shared services. A number of factors are set to upset this lull in 2023 as subscriber growth has plateaued.

Disney, for one, is raising prices to try to make its various streaming services profitable, as is Netflix, which is also attempting to stop password sharing (previous DASH data shows over a third of Americans share account access with family and friends). Other providers are abandoning programming, and everyone is expanding their ad-supported offerings. All of this will shift dynamics in 2023.

The annual DASH study, which the ARF began conducting in 2021, uses four modes of data collection to achieve balanced representation and to allow for analysis of biases associated with each interviewing mode. The goal is to offer the industry a cost-efficient, correct and comprehensive standard for measuring TV and digital media consumption and behaviors across channels and devices.

Conducted in partnership with NORC (National Opinion Research Center) at the University of Chicago, the DASH data set is based on a probability sample of more than 10,000 American households.

The data itself is available only by license from the ARF, but a collaboration between the ARF and Experian makes audience segments based on DASH data available on Experian’s Consumer View. The aim of this partnership is to give the industry access to one-of-a-kind TV audiences that reflect how viewers interact with TV and digital devices. 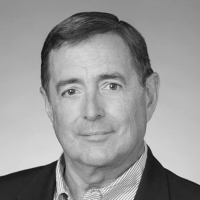