Everywhere you look, it’s all about transparency. Advertising and media has grasped the importance of this issue in recent years to such an extent that it has, ironically, become one of the industry’s most visible issues, argues the 7stars’ Jenny Biggam.

At Cannes, the conversation frequently turned to how advertisers and agencies are tackling the challenge of transparency on a number of fronts. This year, headlights were turned full beam onto influencer marketing, incited by Unilever CMO Keith Weed’s commitment to cut ties with influencers who buy followers.

Weed’s statement of intent translates what have been industry murmurings into tangible action. And it’s fully understandable that advertisers want to feel confident of an influencer’s ‘authenticity’ if their price is based on the number of followers they claim to have, alongside the level of audience engagement they generate.

Rules of the game are changing

The impact of this call to arms remains to be seen. Influencers have rapidly emerged as an important vehicle for brands to communicate with social audiences, and there is no doubt that this embryonic marketing channel will retain commitment from advertisers as it overcomes some of its growing pains.

What it does indicate, however, is that the rules of the game in influencer marketing are rapidly changing. And it’s coming from two sides: there will be much closer inspection of influencers’ credentials to address heightened advertiser concerns, while consumer interests are being addressed by the Advertising Standards Authority (ASA), which is currently conducting a review into paid-for influencer and native advertising to ensure consumers understand when they are looking at ads and do not feel misled. This latter review marks the second phase in a tightening-up of regulations after signposting of influencer content was first made a requirement in 2017.

The questions being asked of influencer marketing right now form part of a broader conversation facing digital media – and at the root of it all is trust. As Weed said in his statement, the influencer issue needs to be addressed in order to “rebuild trust before it is gone forever”.

There’s no question that, from an advertiser’s perspective, where there is a lack of trust there is also a lack of control. And in looking to address this issue, advertisers are increasingly willing to take matters into their own hands.

Shifts in the media landscape

The trend for in-housing of programmatic advertising is an example of this is in action, and while there is little evidence that it will result in a huge rush of clients taking complete control of digital media planning and buying, it does underline the friction between advertisers and agencies in response to the seismic shifts in today’s media landscape.

Research from the World Federation of Advertisers (WFA) and management consultancy The Observatory International sheds further light on these tensions, with agencies on the one hand critical of internal structures, data strategy and the briefs they receive, while on the other clients are expressing concerns over ROI measurement and agency understanding of the customer journey.

There is no debating the fact that the marketing supply chain has become exponentially more complex in recent years, and many of these issues stem from the challenges both clients and agencies are facing in adapting to a data-driven world where media is more fragmented than ever.

But if you dig down beneath the surface of these issues, they reflect back on the fundamentals of the relationship between client and agency. The nature of that relationship – the values on which it is founded – influence everything that flows from it, and by rooting it in transparency, both sides are clear.

Adopting frameworks such as the WFA Charter and ISBA’s Framework Agreement for Media Buying & Planning Services provide a strong foundation.

Ultimately, it’s the responsibility of both clients and agencies to be clear about what transparency means to them in order to secure a foundation of trust. And as transparency becomes ever more visible, advertisers will increasingly expect a clearer view across the wider media supply chain. 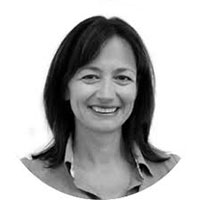