I'm wondering about our politeness as brands. It all seems very British and correct to not knock others or be unduly negative. And we well know the difficulty of taking a negative position as a brand. The common law of the marketing land is to be positive. To talk oneself up, not others down. To focus on a brand's strengths and how it can overcome any negativity, rather than feed the beast. But is this always right?

The opposite of positive is what sells newspapers, online gossip, or soaps!

I read a great piece in this week's The Week yesterday about the Vancouver Olympics, talking about how the British press have been identified as scapegoats by the Canadians for knocking their running of the games. One Vancouver journalist wrote this, which made me laugh: “Just because you long ago abandoned any ambitions and became a lethargic nation of elitist whiners whom no one really likes, don't fault those younger nations who enjoy and embrace life.” (Which is a posting topic in itself.)

Marina Hyde reposted in The Guardian with a commentary on how we will receive the same treatment in 2012, which entitles us to laugh a bit now. Finishing with this rather brilliant insight: “And make no mistake: no one will be cheerily undermining London 2012 more than the British themselves. It's what we do. Were it an Olympic sport, we would win gold every time.”

So true. We joke with colleagues and we tease good friends. “Banter” is an art form and an accepted signal of friendship. Although we support success, we still love to see a calamitous fall. The American papers love a ‘rags to riches’ story, whereas we love a good dose of ‘riches to rags.’ We rally around a common hatred in TV soaps. And we consider ourselves the world leaders in sarcasm and cynicism. So why all the positivity for brands?

There's some obvious stuff that is simply illegal according to our own codes of advertising and marketing… as detailed here from the ASA site:

Now, I'm not suggesting that we start breaking these rules. Nor that all ads should become negative. But I do think we could be less absolute in our belief that brands have to inhabit a world of positivity.

There was a great paper on “Sadvertising” written some time ago by David Bonney of DDB Needham, which is one way to beat the absolute. The ‘polarising’ nature of something like Marmite is another good example of being less bound by the positive. Numerous charity ads play on heart-rending imagery or outright shock. Virgin Atlantic painted “No way BA/AA” on their planes. But these are exceptions to the rule. And maybe there's more to it… the US is more lax on this sort of behaviour (although they'd spell that behavior anyway), and that gives rise to a couple of corking examples.

The first is “Got Milk?” Not the stupid ads with celebrities sporting milk moustaches, but the ‘what happens when you haven't got milk?’ work from Goodby Silverstein & Partners. The classic launch ad – Aaron Burr (search YouTube for “Got Milk Ad” and you'll find it first in the listings) – epitomises this campaign and the blindingly good insight that not having milk is a bad thing; which is far more impactful than talking about how great it is.

The second great US example is the Truth campaign produced jointly by Crispin Porter + Bogusky and Arnold Boston. It is a rallying cry, inciting teenagers to stand up against smoking. Rather than highlight the negatives in a typical ‘smoke and you die’ story, they told the tale of corporate greed and shock ingredients. Again, you'll find them on YouTube or on the cp+b site (for a couple of good ones, search for “truth body bags” and “truth rat man” but there's a league of them and they're all brilliant).

The ‘truth’ campaign feels all the more potent because you can see how it would play to social media as well as broadcast. And that, to me, is a vital reason to rethink some of this in our new world. Social media campaigns tend to do really well when there's a cause to rally people. They need some bite, otherwise they get ignored! Dan Zarrella wrote a nice little blog piece on this just recently (See it here: tinyurl.com/ya8tboq).

Anyway, it's a simple thought – we don't need to flaunt the rules of the ASA, but we could be more liberal in how we judge ideas. And we may need to open our minds to being more ‘negative’ in our approach. Negative can be very dramatic, it can be involving, and it can drive sales… even if it is un-British! 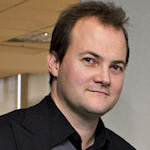