Amazon’s ad-serving business gives it yet another layer of data which it can use to compete against the very companies buying that service; brands ought to think harder about the alternatives, says Flashtalking’s Simon Thorne.

Amazon has never been stronger. In a year that many companies struggled to survive, Amazon thrived globally. Moving forward, there’s virtually no industry that’s outside its competitive grasp.

Amazon’s advantage isn’t just about its size – it’s about the company’s competitive intelligence. What most business leaders don’t realise is that this competitive intelligence isn’t being derived solely from what its customers are telling it. Its intelligence is coming directly from its current and future competitive targets – in other words, your business. That’s because more and more companies globally are choosing to run their advertising through Amazon’s ad server, without giving thought to the depth of data being delivered straight into the hands of one of their most disruptive competitors.

Here’s why that’s a problem, but not one you necessarily have to live with.

Unchallenged growth in all directions

In its most recent quarterly earnings, Amazon reported a third successive $100 billion quarter and 27% year-on-year revenue growth, even as the world began to move out of lockdowns and restrictions. It’s important to note that, during the pandemic, Amazon’s growth became more global in nature than it had been historically.

Amazon’s soaring profits are enabling the company to invest in plans to expand into any number of new industries – finance, health, gaming, new retail product sectors, you name it. As such, even if you’re not a retailer that’s already surface-level competing with Amazon’s growing array of products, there’s a good chance the titan is making, or is planning to make, a mark on your industry in some way, shape or form.

Part of the reason Amazon can so confidently enter and expand into new areas is because of its intimate understanding of the customer journey in any given vertical. That understanding is derived from its Sizmek ad-serving business, acquired back in 2019. This lesser-discussed area of Amazon’s business isn’t just a revenue stream – although the $14.8 billion it earned in Q2 can’t be ignored. It’s a strategic asset and direct line into industry intelligence that fuels an already impressive competitive edge in markets all around the globe.

Through its ad-serving business, Amazon can monitor and understand the customer journey within any given vertical, right down to the conversion details of its current and future competitors’ customers. This valuable stream of insights dramatically reduces risk for Amazon when entering a new product or service space, and it greatly accelerates its already substantial capability for ramp-up.

Protecting what matters most

For a growing number of global companies, the prospect of competing with Amazon is a daunting one. Many, particularly in the retail space, have already had to resign themselves to a certain level of “frenemy” interaction with the company. After all, if you’re selling a product in an e-commerce capacity today, Amazon often represents a “must be present” environment for many brands.

That said, there’s no reason for companies to be handing over more power to Amazon than necessary. Understanding of a brand’s customer journey is deeply tied to the brand’s ad server of choice, and when companies engage Amazon (Sizmek) as their ad-serving partner, they’re putting that valuable understanding directly into the hands of one of their most powerful competitors.

There are alternatives. By looking beyond Amazon for ad-serving options, companies can retain and protect valuable first-party data around their customer journeys, ensuring the intelligence derived from this data feeds back into their own strategic planning process, rather than the competitive ambitions of Amazon.

Amazon’s influence across industries will continue to grow and companies need to maintain every advantage they can. By retaining or regaining control over their ad-serving, companies can gain a rare – and sorely needed – edge over the ambitions of one of the most formidable companies the world has ever known. 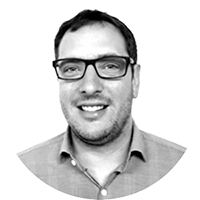