As no or low alcoholic drinks enter the mainstream, the opportunities for greater creativity in the category matter, argues Jonathan Kirkby, MD of Instinct PR.

On the first of Feb, if you listened carefully you may have just felt the collective sensation of success and satisfaction of around 3 million people completing dry January.

In 2013, it was estimated 4,000 people took up the challenge to put down the glass, according to Alcohol Change. By this January the charity says that number had increased to almost 1 in 10 UK drinkers - around 3.5 million people.

And the trend is spreading beyond specific “challenge” months, according to the Drinkaware Monitor 2018, which says 8.6m consumers are actively moderating their drinking.

Classically, two major barriers to going dry (after the obvious) were missing the taste of alcoholic drinks and fear of going into social hibernation. But no more.

There is more choice than ever with the alcohol-free market now a £100m industry, with Britons spending £57 million on non-alcoholic beer alone to April 2019, according to Nielsen and the No & Low spirits category seeing growth of around +374% a year.

And, according to the Mindful Drinking Report, 73% of those surveyed would like to see even more new and unusual flavours while 57% say that the choice of No & Low alcohol drinks influences their decision of which venues to go to.

And as the investment pours in, so does the need to increase communication with the fast-growing, conscientious and increasingly discerning target market.

Obviously, any agency who works with an alcohol brand knows that there are very stringent guidelines around what can and can’t be said.

For example, you cannot show alcohol to be improving your chances of attracting the opposite sex or condone or encourage excessive drinking. This can range from how you portray people in any promotional material (from video content to a party invite to a social post) to the mechanics of promoting alcohol as a prize, particularly in large quantities.

However, the promotion of non-alcoholic drinks is as free of guidelines as the drinks themselves are free of alcohol, which has opened a whole new world of creativity.

Through our numerous campaigns for Pernod Ricard non-alcoholic drinks brands such as CEDERS (an alt-Gin) and Celtic Soul (a blend of dark spirits), we have learned that there are some approaches that work better than others - knowledge that is becoming increasingly important as more brands look to make noise in the sector.

One way is to think about all the areas you can’t play in with alcohol and start exploring and exploiting them. Looking beyond the usual alcohol tropes of parties, nights out and clinking glasses and really honing in on what the benefits are in an interesting way. You want your consumers to be creating memories, instead of losing them.

Think about partnerships with other relevant brands or influencers or activities and events that are usually a no going for alcoholic drinks brands, such as driving or outdoor sports and activities.

Our client Celtic Soul is all about unlocking adventure and demonstrating freedom and courage (not the Dutch kind). So we created an action-packed weekend away for journalists and influencers which included traditional Celtic games, such as axe-throwing and archery, along with a visit to the Powerscourt waterfall and a trip to The Virgin Mary, Ireland’s only alcohol-free bar.

You also need to look at the worlds the brands inhabit. CEDERS’ positioning is mindful, so we embraced this. For many doing dry January is no longer a miserable test of endurance, but a springboard to a successful year.

This is an area where we’ve had a lot of success. One campaign that allowed us to tap into this highly energised, motivated market was for CEDER’S where we took the popular bottomless brunch and gave it a non-alcoholic and mindful twist.

Toning of mind, body and soul was taken care of through a Yoga session hosted by respected Yoga teacher and inspirational influencer Mara Cimatrobius, while the social wheels were oiled by CEDER’s alcohol-free cocktails; The Valley Spritz and Winter Blossom.

Time (as in the gift of) is also an important area to think about. Many people new to not drinking will talk excitedly about suddenly having so much more free time, so a great strategy is to show them how they can use that time better.

For example, while some non-alcoholic beers have isotonic qualities, you can’t promote them as a health drink, they don’t make drinkers physically healthier or improve their sporting performance (you don’t see many drunk people running marathons).

However, what you can focus on is the lack of hangover, giving them more time the day after to take part in physical activity (or at least do it properly without feeling sick).

And what this all adds up to is making sure your brand becomes a partner in the consumer’s quest to not drink, making the task easier, more bearable and even enjoyable, and allowing them to become a part of that shared success. 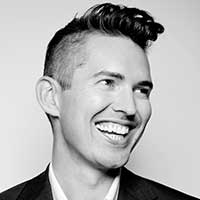