Brands are missing an opportunity to appeal to a wider audience as ads fail to capture the joy of watching sport or connect stories to the brand, despite their powerful and inspirational messaging, argues Kantar’s Graham Page.

The roars of England’s Lionesses grow louder as the team progresses through the stages of what has become an enthralling FIFA Women’s World Cup competition (WWC). News, that after years of marginalisation the women’s game has finally gone mainstream has been well received by growing numbers of enthusiastic supporters worldwide.

Viewing figure records continue to be shattered across the world as 7.6 million people tuned in to BBC1 to witness England outclass former World, European and Olympic champions Norway in a thrilling 3-0 quarter-final victory. That match became the UK’s most-watched women’s football game ever, attracting a bigger TV audience than this year’s men’s FA Cup Final and the current men’s Cricket World Cup. That record is expected to be smashed once again this evening as the Lionesses take on three times World Champions USA in a semi-final play-off which could secure their place in the final, and in footballing history.

With over a billion viewers expected to watch the competition across all platforms, advertisers have been given a golden opportunity to capitalise on reaching huge global audiences. However, research from Kantar has revealed that despite some emotionally powerful campaigns, advertisers may have dropped the ball, with many spots failing to perform on short-term brand salience and sales-building measures, and more worryingly, on long-term brand building potential.

Such a watershed moment in women’s sport represents an opportunity for brands to act with purpose and support a progressive cause, which previous Kantar research has shown tends to produce stronger campaigns. Most advertisers airing WWC themed ads have taken this approach, and powerfully captured the breakthrough that the event represents, the potential to inspire, and portray the players as strong role models.

However, many have failed to capitalise by failing to define the relevance of their brand to the occasion. In addition, the Women’s World Cup has been a fantastic celebration of women’s football, and by focusing heavily on inspiration and the struggle for recognition, many campaigns have failed to capture the joy of the game or the experience of watching it - something the 2018 World Cup ads were more successful with.

Using its LinkNow creative development tool, Kantar asked consumers what they thought about this tournament’s crop of nine ads, and measured how those ads performed for eight brands that have created content themed around the competition  – BBC, Budweiser, Coca Cola, Head & Shoulders, Lucozade Sport, Nike, Qatar Airways and Visa. Thematically, the ads fell into three broad areas; support for individual players and teams; recognition for the women’s game of football; and the potential for the WWC to inspire future generations of sportswomen.

Kantar’s research reviewed the critical factors that have been proven to motivate people to buy, and build a strong brand in the long-term: Enjoyment, Involvement, Branding (meaning people will realise what the ad is for), Emotional Response (via facial coding), Difference, Persuasion and Brand Affinity, and estimated the likely impact on long term brand equity and short term sales.

Overall the results showed that while many advertisers told involving and emotionally engaging stories celebrating the players or the potential to inspire the next generation, the heavy concentration on an important societal message meant that most of the spots failed to effectively advertise the brand. Eight of the nine adverts researched scored below average on Branding – meaning it was hard for viewers to remember what it was for.

Nike, Lucozade, Visa and Budweiser all have particularly strong ideas that are involving and emotionally engage. Coke’s spot is likely to be the one that benefits the advertiser the most in the UK as it is the only one with a prominent brand role, even if it is perceived to be less ‘deep’.

It was also telling that the most important factor in driving response to the ads was interest in the tournament itself, rather than say, gender or age. Women’s football is breaking new ground and by building in more of a celebration of the sport, advertisers may have been able to have further impact.

Overall, many brands have shared important messages that support the cause of women’s football, but many have missed the chance to appeal to a wider audience and reap the reward. The Women’s World Cup is still a celebration of football – and the fun of that appears to be missing from many of this year’s campaigns. 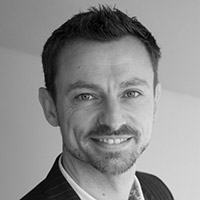