“The sky above the port was the colour of television, tuned to a dead channel.”

Fiction writer William Gibson probably couldn’t write that now, true as it is. TV streaming services overtook traditional paid TV services for the first time last year – so no channel is dead, but rather revitalised, omnipresent, vying for viewers’ attention at any given moment.

With that comes push notifications, telling you what to watch, suggesting new shows, an algorithm of genres and half-finished boxsets for you to dig into. And from that, Netflix popularised adventure TV: taking push to the nth degree, turning a passive medium not only active but immersive, with viewers making decisions in its recent Black Mirror: Bandersnatch and Bear Grylls’ You vs. Me efforts.

Sometimes they’d make a seemingly insignificant choice: which cereal would you like for breakfast? Others could be life-changing for the characters involved.

As Bandersnatch proved, this could be a huge avenue for advertising – the cereal you chose for breakfast even appeared in an advert the protagonist watched.

It’s an approach that was loved and loathed in equal measure – some saw it as an opportunity, while others thought it was a little sinister. Despite its creators declaring it is “not the future of TV”, it hard to ignore that this could be the tipping point for data. The point of no return. How brands approach it determines whether customers come along for the ride.

When you take a step back, you realise that data collected from adventure TV is much more representative of the ‘real’ you than online data. You’re in lean-back mode, unguarded – rather than curating your personal brand. The data footprint you leave will be more revelatory. If Facebook’s algorithm knows what makes you tick better than anyone you know after 300 likes, what might Netflix know after a few hours of interactive TV?

Because, when your back is against the wall and you have to make a decision, that provides valuable insight. It’s what makes you tick, what motivates you, what you fear, what you’re comfortable doing. Through the filter of adventure TV, your psyche is essentially unravelled in the name of fun and games. How brands interpret this potentially sensitive data will be crucial.

That’s because it’s intrusive, as are most things nowadays. After all, you sign T&Cs without a second glance. People get frustrated with programmatic advertising at the best of times, so imagine how they’ll react if they’re bombarded with solutions to their irrational fears, or personal problems they’ve not shared with anyone. It could do a whole lot of good, but it could also push people away.

If you need an example of sensitive data being shared and saved in equal measure, look no further than banks. They arguably have access to more personal data than anyone else – they know what, when and where you’re spending. They have a complete picture of your habits as a consumer. Customers can opt to share their information in exchange for better deals when it comes to open banking, but on the whole, the sector is heavily regulated.

And that’s what we need for something like adventure TV. If it continues to gain traction, if it bleeds into our schedule like Touch ID, contactless payments and so on, then it needs not just a moral but also a legal compass.

We’re living in a post-Cambridge Analytica world. Transparency is key when it comes to data, and governance ensures this transparency is actually adhered to. We need a stop sign, otherwise customer data will continue to be mined, used and abused.

If the payoff from adventure TV benefits brands more than viewers, then it’s not going to survive. But if brands work with content creators and tread carefully, they could create game-changing, thought-provoking work that gives users an experience like no other. 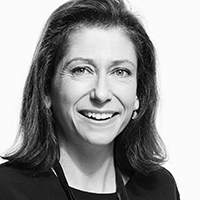