Accenture Interactive, the world’s biggest digital agency, has rapidly built up a formidable array of marketing capabilities, stirring up anxiety and animosity in the agency space as a result. Reed Karaim was on hand for WARC as Brian Whipple, Accenture Interactive’s CEO, aimed to set the record straight about its strategy and future ambitions.

While several of the large agency holding companies have seen their growth slow or stall in recent years, Accenture Interactive – which brands itself as the “experience agency” – has enjoyed a consistent, and significant, increase in revenue, all while constructing a portfolio that now spans creative agencies, production houses, customer-experience firms, and design experts.

The organization’s rise to prominence has, in turn, led to pushback from certain quarters of the agency space. In response, Brian Whipple, Accenture Interactive’s CEO, sought to “debunk a number of myths” about the company during a keynote session at the Association of National Advertisers’ (ANA) 2019 Advertising Financial Management Conference in Phoenix, Arizona.

How can creativity survive in Accenture Interactive?

“We’ve had no issue with this whatever,” Whipple asserted. “Interestingly, the only people that ever ask me that are creative [professionals] in smaller, boutique shops.”

In fact, he proposed, the organization has expanded the remit of creativity well beyond its traditional limits. “Our culture is sort of an infusion of creative and technology together. We have teams of art directors and copywriters and brand planners sitting next to physical product makers and electric engineers and the like. So, we have expanded our definition of the word ‘creativity’.

Your ambition is to take down the holding companies

“I can just tell you this: When I get together with my leadership team ... we never, ever talk about what’s going on with Publicis, Omnicom, WPP, or Dentsu. And when I say ‘never’, I mean actually never. It just never comes up.”

These companies, he continued, are “awesome”, and have “great agencies, many of which are represented either directly or indirectly in this room.”

But Whipple could not resist taking a mild potshot, adding, “I would say maybe their growth has stalled a little bit – maybe, [and] I’m not an expert in this, because of their under-investment in technology, and their operating model is very different.”

You seem to be buying everything

“That’s not really true. Eighty-five percent of our growth is organic, not inorganic,” Whipple said.

“We buy companies, or bring companies into the Accenture Interactive family, for only one of two reasons. One, we need to add [a] new capability. Why would we do that? We would add that new capability to help create, build, and run the greatest experiences. Period. Or, two, we would be adding someone to the family that would be scaling a capability we already had.

“We never buy a company just to grow or just to add revenue. Never, ever, ever.”

Accenture, the consulting company and parent of Accenture Interactive, has “a very, very small media audits practice. So they reconcile media,” Whipple admitted. “It is very, very small. It is mainly in North America and Western Europe.

“I get asked this a lot because while we do not do any traditional media buying at all – we stay away from that, and we intend to stay from that – we certainly do programmatic [buying] … That’s inherent in visual strategy.”

But, he continued, “We have never once had any client at all bring this issue up. It only gets asked by people from the outside. That’s not to say it could not happen, and if it did happen, we would obviously address this.”

You will lose the top creative talent from your acquisitions

“This is something I get asked all the time,” Whipple said.

Of the creative leaders that have joined with Accenture Interactive’s acquisitions in this space, only one – from a list of more than 40 – has left in three years. What is the reason for this level of success in retaining talent? “They buy in. And we pre-screen,” Whipple said.

“If they’re people that don’t buy into this vision – if they just want to do advertising in the traditional way – that is awesome. Good for them. But they’re not a good fit for our family.”

You’ve added Droga5 to the family, yet you say you don’t want to be an ad agency

“We’ve been working on this deal for the better part of 18 months,” Whipple said.

We never see your work

“When you’re transforming a holistic experience,” Whipple said, “we’re generally not entering that in an advertising competition.” But with the acquisition of Droga5, he added, “You’ll see more of it.” 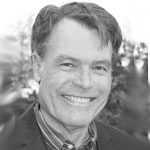