The future of identity

This article is part of a series of articles from the WARC Guide to the future of identity.

In early 2018, as we all bustled around tending to our GDPR implementation, my team at The New York Times sought to develop a strategic view of identity, privacy, and data that extended beyond that looming compliance deadline.

As part of this exercise, we developed an understanding of what an efficient and sustainable advertising ecosystem would look like. That vision started from a very simple observation that we made at the time: cross-context identity, built atop technical infrastructure like third-party cookies or advertising identifiers, is dying.

It was clear that it would take a while for this evolution to play out, and that parts of the industry would fight tooth and nail to defend the status quo, but it was equally clear that such a sea change would not pause to wait for stragglers and that we had to be ready.

And come this change has. Apple’s IDFA is all but gone, third-party cookies are nearing extinction, and rumors abound that Android will follow suit.

As expected, several projects are trying to reinvent third-party cookies by reproducing the same invasive practices in new ways.

They pay lip service to privacy – sometimes a lot of it – but they reproduce the very same mistakes that brought down third-party cookies and advertising identifiers: they build atop definitions of privacy and identity that they have devised to match the data practices they wish to deploy instead of starting from a clear understanding of how people expect their privacy and identity to work.

The idea that people will somehow be “educated” into “understanding the value exchange” that is supposedly involved in prolonging the legacy data system is at best wishful and at worst deceptive. The way forward is clear: the ability to recover the same identifier in different contexts is becoming a practice of the past and we need to build advertising solutions that are effective in this new reality.

The fragmentation of identifiers is a blessing for users as it finally aligns the digital world more closely with their expectations. Identity is by nature fragmented: we present ourselves as different people in different contexts.

I act as a different person with different interests whether I am at work, attending a philosophy of science conference, or haunting my local dive bar. If you talk to me about metaphysics at work or about data governance at the bar, you will be likely to hit a wall. It’s not that it would be brand-unsafe; it’s just that a given interest is irrelevant to me in the wrong context. If you were to ask my colleagues, the conference organizers, or the bartender – the “locals” in any of those contexts – what I’m interested in, they are likely to have a pretty good answer for you.

Identity is only ever meaningful, and meaningfully actionable, in a specific context.

A focus on context is good news for publishers – and brands

For publishers, this evolution of our digital environment presents a major opportunity: we know our audience, we are the locals who spend time with our readers. Having throngs of third parties also observing our audience and selling access to it has been bad for the trust of our readers, who expect privacy, bad for our businesses, as it dilutes our offering, and, given the quality of the resulting segments, hardly any good for advertisers either.

This contextual identity is a win for brands, too. Finding people based on who they are and where they are, in partnership with a local fixer, is a step up from applying pervasive surveillance so as to Frankenstein distinct identities of the same person into haphazard profiles and then target those in an open-market mosh pit.

And it works. Salvatore Ferragamo, an Italian luxury goods company specializing in eyewear, timepieces and fine leather shoes, called upon our first-party demographics and interests segments to drive 0.47% CTR in their campaign (9.4x IAB).

Understanding what makes New York Times readers tick, and knowing who they are when reading a specific article, is key to driving such success. An American sports apparel brand relied on our Motivation Targeting product to find readers who – at that precise moment in time – felt motivated to make a healthy change and saw CTR 14.6 times more performant than the IAB benchmark.

This effectiveness comes from the fact that contextual identity brings together two components of a person’s situated personality. On the identity side, it brings in some high-level demographics and interests profiling that match what you would find out about someone if they spent time visiting your establishment. On the contextual side, it builds atop a powerful understanding of the topics a given article discusses, of how they will make a reader feel, and what it will motivate them to want. Bringing these two strands together is closer to readers’ expectations in terms of privacy and of ad experience, as well as more effective and more respectful.

The New York Times, given our content and our audience, is well-positioned to build atop contextual identity. We have focused on making our data practices trustworthy for over 7.8 million subscribers and 100 million registered readers. In 2017, we assembled a team to govern our audience data, in 2019 we decreased the data we shared to third parties by over 90%, and as of Q2 this year we completed the work to remove third-party targeting from our direct ad offerings.

Data collection at scale is different from the ability to deliver audiences at scale. The brute force approach that consists in tracking users across their entire online behavior in order to then target them certainly collects data at scale, but it operates without benefiting from the deep knowledge that as publishers we will develop our own audiences, which we tend to and care for tirelessly. This local knowledge can then be rendered actionable at scale through the use of standard taxonomies, and work is under way to align on these.

In a sense, contextual identity is a transition from indiscriminately finding people to finding high quality knowledge about people. A system that renders this knowledge usable to brands without broadcasting identifiers and personal data is better for all parties.

When it comes to measurement and retargeting, this approach meshes well with some – though not all – of the new proposals from Apple, Google, Microsoft, and many others that are now being discussed within the W3C.

The FLoC proposal, for instance, produces segments by profiling a user’s online behavior across contexts as if that belonged to a single identity with a relatively static set of interests. There are some potential applications, although such an approach doesn’t make use of a publisher’s local knowledge, which could limit performance.

Meanwhile, the several proposals for privacy-preserving attribution, such as Private Click Measurement which Apple started developing in 2019 or the Conversion Measurement API with its proposed extension for aggregate reporting, are also making good progress in the Web standards community. Attribution operates at a statistical level and does not need to concern itself with identifiers. Making attribution work without identifiers enables publishers to protect their investment in building audiences without compromising others’ ability to optimize their campaigns.

And then there is a fluttering of bird-themed proposals such as FLEDGE or PARAKEET, as well as Prebid’s work on an anonymization server, are paving the way toward more powerful contextual identity as well as privacy-preserving retargeting that is managed directly from the user’s browser.

While relying on the browser, even if only in part, is currently problematic for market dominance reasons, (e.g. Chrome or Safari would de facto ‘own’ the solution), at an architectural level it is the component that is expected to represent the user and therefore to manage people’s identities. Preventing reidentification across contexts while enabling effective advertising is exactly what we should be expecting from browsers.

In our view, rendering knowledge about contextual identities actionable at scale through privacy-preserving segments, retargeting, and measurement is an advertising ecosystem worth wanting. It is respectful of people, sustainable for publishers, and effective for advertisers – an unmatched trifecta.

Our work implementing this vision is unfinished, but, as shown above, the elements of it that we have deployed are already producing potent results. The New York Times will continue to work on innovative products in contextual identity and to work with industry groups to support buying of these products at scale with strong guarantees of anonymity, and we will do that without compromising our readers’ privacy and the trust they place in us.

At the end of the day, identity isn’t about identifiers – it’s about people.

Read more articles from the WARC Guide to the future of identity.

The WARC Guide to The future of identity

Dealing with the cookie apocalypse: How to retain your data and measure performance
Flaviano Faleiro

What should brands do as third-party cookies crumble?
Kenneth Pao

Gear up for the cookieless future
Jen Gulling 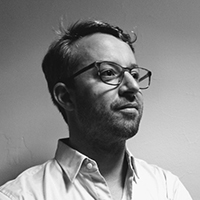