This month’s Admap focuses on Drivers of Change in 2019, exploring five key trends – data privacy, smart cities, digital youth, health and wellness and the evolution of banking – and how they will impact marketing over the next 12 months.

We asked Marie Stafford and Ella Britton from JWT’s Innovation team to give us their thoughts on these trends and how they might manifest in the future.

This year we learned more about what’s truly at stake with data privacy than ever before. At this year’s Web Summit, whistleblower Christopher Wylie warned that this is really just the tip of the iceberg. “When data starts talking about you, making decisions about you...it’s almost divine.”

As regulators continue to tussle with tech giants, we’re seeing an upsurge in innovative propositions that seek to restore some much-needed trust and control, not to mention the ability for individuals to derive value from their own data.

As we outline in our Future 100 2019 report, Loomia is a platform that aims to put consumers in charge of their personal data, allowing them to keep it, or sell it on as they wish. The Loomia tile is a device that gathers data from the wearer’s clothing (on number of wears or washes, environmental conditions and so on), which the owner can then share with manufacturers in return for rewards, secured on the blockchain.

Gibraltar- based start-up Wibson has launched an app that also offers users the ability to trade their information securely and anonymously in return for cryptocurrency tokens. Meanwhile Parisian AI start up Snips offers a privacy-by-design decentralised voice assistant that runs on blockchain, ensuring that personal information is kept on the device, rather than stored in the cloud.

With the launch of projects like Sir Tim Berner’s Lee’s ‘Contract for the Web’ too, could we be heading for a fairer, more ethical web?

The goal of creating truly smart cities has caught the eye of tech. This year CES played host to a slew of startups and vendors, while Silicon Valley even hosted its own annual Smart Cities Week conference. The opportunity to ‘fix’ our broken cities, alongside a healthy profit potential is luring some big names to back ‘urban tech.’

Sidewalk Labs, a Google subsidiary, is planning a redevelopment of 12 acres of waterfront in Toronto, promising “the world’s first neighbourhood built from the internet up.” Still in the planning stages, proposals released by the firm suggest that “ubiquituous sensing” will be central to the scheme, powered by a network of cameras and sensors that continuously track occupancy, movement, energy use and even use of refuse bins. To quell concerns over just how it will manage all this human data (some experts consulting on the project resigned), Sidewalk Labs has recently suggested it will be stored in a non-proprietary common data trust, accessible to anyone.

The district will prioritise pedestrians, even offering self-heating pavements for the snowy winter months. For longer journeys there will be cycles and ultimately a network of autonomous vehicles.

Naturally, it will be a climate-positive neighbourhood filled with sustainable, flexible buildings, powered by renewable energy sources.

Despite it’s futuristic potential, smart cities like Sidewalk Labs come with a plethora of privacy concerns. Do we really want to be monitored 24/7?

In the Instagram age, it’s not about what you own, it’s about what you do. The consumer appetite for experiences seems to know no limit, and has now infused virtually every category.

Wellbeing is no exception and this year, we noted the emergence of public spaces devoted to relaxation, where the stressed-out and overworked urbanite can find a calming haven in which to unwind and relax.

At HealHaus Café in Brooklyn, a menu of medicinal teas, elixirs and smoothies has been curated to restore even the most frazzled New Yorker while in Seoul, Shim Story provides a much-needed resting space for hard-working Koreans to take naps, sip iced-coffee and chill out on beanbags.

Even London Fashion Week acknowledged the need for some downtime with this year’s Chubby Cloud installation which allowed fashionistas to kick off their heels and drift away on “the world’s biggest beanbag.”

A growing awareness of the need to monitor our mental wellbeing, as well as the physical alongside the passion for experiences is driving this proliferation of interactive healing spaces.

The rise of intuitive and user-friendly smartphone banks like Monzo, Starling and Revolut has prompted traditional banks to upgrade the customer experience, making it more approachable and welcoming to a modern millennial and GenZ audience.

In 2017, NatWest announced it was commissioning a team of engineers, designers and analysts to overhaul its website, building in simpler navigation and better content in a fresher graphic style. Micro-investment app Acorns has also taken the visual approach, marketing to users via the Pinterest platform and producing short videos for Snapchat and YouTube.

The next challenge could be in empowering financial literacy. The rise of money diaries, as pioneered by the likes of Refinery 29 and Grazia, in which young millennials share the gory details of their spending and money management techniques, points to a need to cut through the jargon and make money simple.

Dolla Dolla World is a new platform working to educate young women and girls by immersing them in the finer points of finance, and hopes to offer coaching, lectures, and classes. The initiative which is still in the fundraising stage, aims to ‘take out the fear, and put in the fun.’

One thing widely acknowledged to be true of Generation Z is that they are a sensible bunch, not regularly indulging in the traditional vices of youth like smoking, reckless drinking, or teenage sex.

So what to make of the news that rates of problem gambling have quadrupled among 11-16 year olds in just two years? Or that use of class A drugs among 16-24-year olds is the highest it has been in over a decade?

Every generation faces its own pressures, but as has been frequently noted the kids of Generation Z are the first to grow up in the relentless spotlight of social media, continually judged and judging themselves on their looks, body, or relative popularity. Recent research from the NHS found alarming rates of mental health issues among young people with as many as one in eight people under 19 suffering from a disorder.

Perhaps it was too simplistic to imagine that a group under such pressure, growing up in a time of such uncertainty would simply sigh and reach for another matcha green tea. It seems Gen Z is still looking for a release but choosing a different route. After all, in the social media age, smoking and drinking to oblivion does not make for a good look.

Find out more about these trends in JWT’s annual Future 100 report: Trends and change to watch in 2019.

View all of Marie Stafford and Ella Britton's Opinion posts 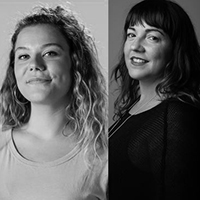 Marie Stafford leads the European division of the Innovation Group, delivering trends, insights and thought leadership to the agency's clients.

Ella Britton is an Associate Consultant in the Innovation Group at J. Walter Thompson, where she joined in 2017 on the Pioneer Programme.