Facebook is facing a boycott from major advertisers including Levi’s, Unilever, Diageo, Verizon and Coca-Cola pulling spend in protest at the platform’s lax attitude to misinformation and hate speech – will it change Facebook?

As with most stories involving Facebook, the issues here are ethically complex, technically challenging, fast-developing (between writing this piece and it going live, Ford, Clorox, and Adidas announced they would join the boycott). This one is even more dependent on the actions of many individual advertisers that use the platform.

Naturally, each company spends very different amounts of their budget on the platform, but in a sign of a lacking corporate consensus about how to force Facebook’s hand, different advertisers have pulled out for different timeframes.

Broadly, the decision to pull spend has aligned with the objectives of the #StopHateforProfit campaign, a coalition of major civil rights organisations including the ADL (the Anti-Defamation League), the NAACP, Sleeping Giants, Color Of Change, Free Press and Common Sense, which is asking brands to pull their spend from the platform for one month.

The campaign has put together a list of demands for Facebook, which include the establishment of permanent civil rights infrastructure and expertise right at the top of the organisation, frequent independent auditing into both the hate appearing on the platform and refunds to brands that appear next to hate.

However, not all of the companies who are boycotting Facebook have named the campaign in their announcements or fallen behind its general demands. Instead, most are undertaking individual reviews.

Unilever, for instance, is pulling out of Facebook and its subsidiary platform Instagram, as well as Twitter, which is a separate company. Unilever will stay away for at least the rest of 2020. However, this is only in the US. Coca-Cola, meanwhile, has cut spend globally on all platforms but for “at least 30 days.” 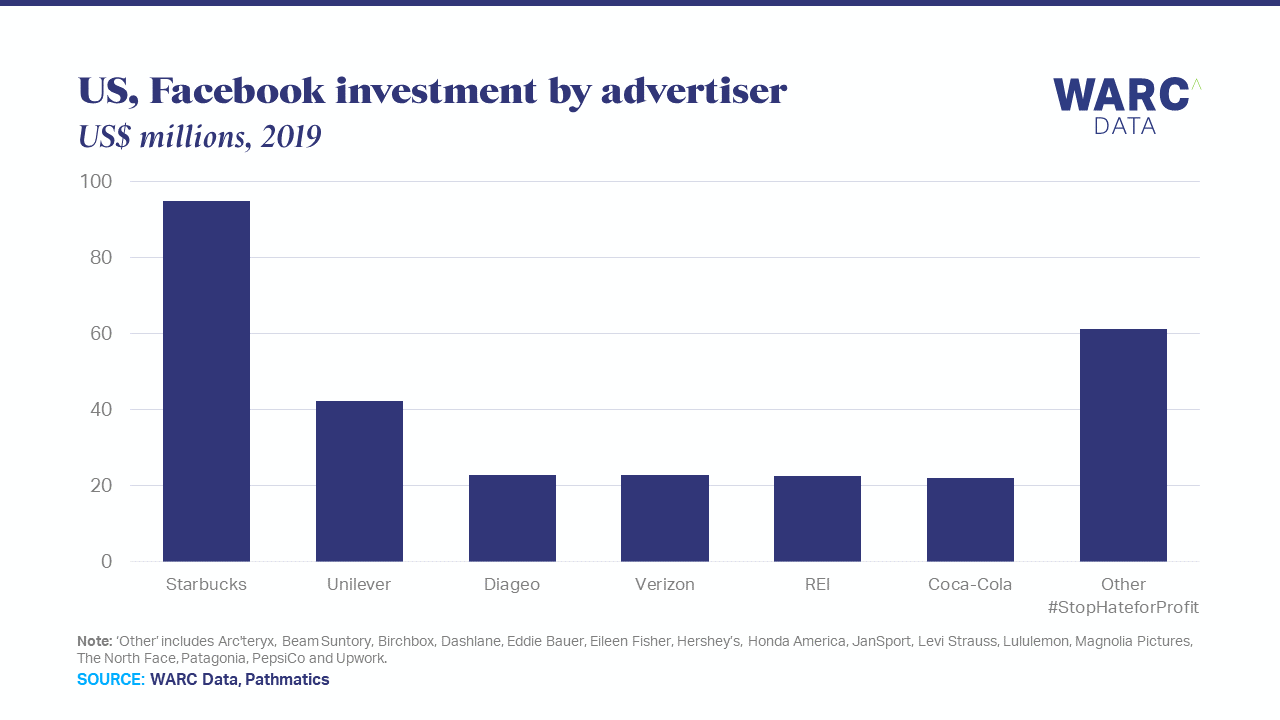 But the message from Unilever on Friday afternoon, the largest spender of more than 100 companies that had until then announced they would cut spend, was to Facebook, evidence that a response was in order.

This came later that afternoon with a handful of measures posted on Mark Zuckerberg’s page:

As evidenced by the weekend’s additions to the boycott, neither advertisers nor the campaign felt that Facebook had gone far enough, with the examples of Levi’s and Hershey’s pulling spend precisely because the platform’s proposed steps weren’t anywhere near enough.

This isn’t Facebook’s first flirtation with controversy. But now the realisation of Facebook’s importance across political and commercial spheres has meant that the company has become, for many, too big not to change.

Conversely, Facebook continues to espouse a radically laissez-faire attitude to the content on its site – especially when posted by elected politicians – because it is too big, citing both philosophical and technical problems.

Ultimately, the boycotts are largely symbolic, but that doesn’t mean they can’t be potent.

The financial effects of this boycott will not be what pushes Facebook to change given that even these large quantities don’t really touch the sides of the more than $70 billion Facebook made worldwide last year, much of it from the long tail of small-to-medium-sized businesses who can afford Facebook and Google advertising but don’t go beyond that. Combined, the boycott amounts to less than 1% of Facebook’s US ad revenue for 2019. 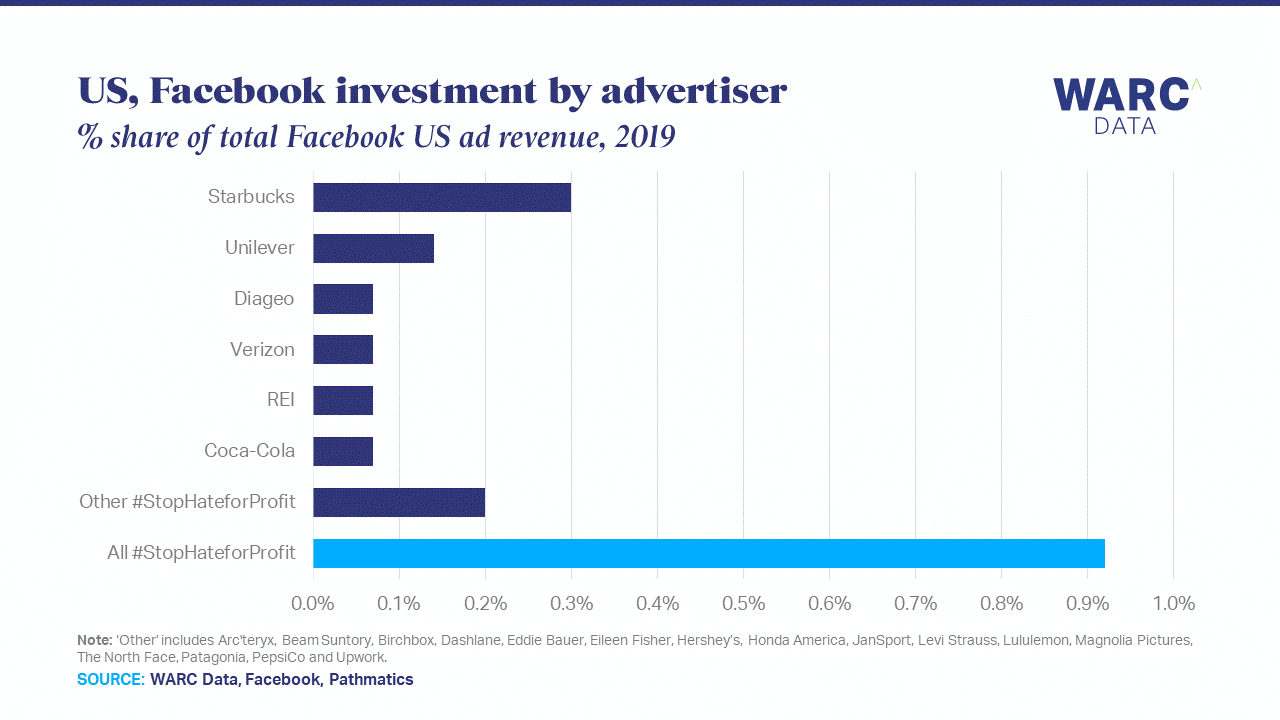 The other issue is that Facebook has almost as much cash on hand at $55 billion, further shoring up its position.

On top of this, there’s the more or less unique situation of Mark Zuckerberg within Facebook, who exercises total voting control over the company and cannot be removed by shareholders. “Disney couldn’t do this, and Apple couldn’t do this. They’re run by committee,” Laura Martin, an industry analyst at Needham & Co. told CNN.

It’s difficult to hurt Facebook into changing course, but clear demands agreed across the industry must be at the centre of any attempts to force a change.

Individually, these brands might be making a quick point, but very few will be remembered for their bravery when there was a bandwagon to jump on, especially when the economic situation might tempt a budget holder toward an opportunity to hit the brakes. What would be far more memorable is a campaign that makes Facebook a more accountable, safe platform.

For Facebook, however, the succession of PR crises is starting to look less like growing pains and more like a feature of a global information ecosystem run by one man. While there’s no way of knowing what exactly will bring about change, the distrust, communication breakdown, and unhappy customers going public with their grievances can’t be kept at bay forever.