Video game streaming might feel like quite a new medium, but the numbers are already colossal, according to new data from StreamElements, a streaming platform tools company, and measurement firm Arsenal.gg.

Why it matters: 2020 was the year in which streaming has entered something approaching the mainstream, but the billions of hours racked up on platforms like Twitch and Facebook Gaming are so huge as to be meaningless. The gold is in the details.

Twitch’s viewership maps onto the broad trends of COVID-19 restrictions: The higher the viewing figures, the greater the restrictions around the world. 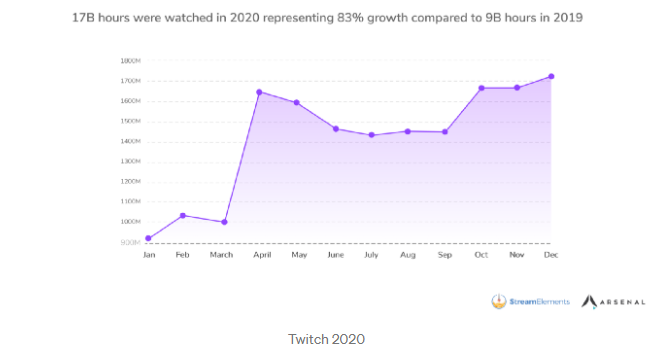 It tells us what Twitch is actually used for: Far and away the most watched category of 2020 was ‘just chatting’, which does what it says on the tin, resembling a kind of talk radio show with a HD video link. 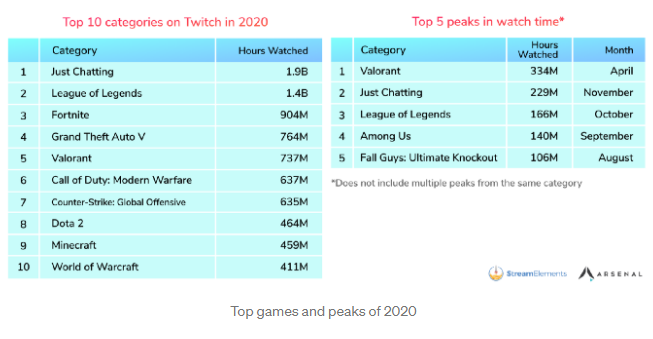 While it remains a gaming platform overall, Twitch in particular has grown to offer an olive branch to performers and personalities unable to hold physical performances safely.

In October, Twitch entered an even newer phase: Representative Alexandria Ocasio Cortez, D-NY, took to the streaming service to campaign in the 2020 US general election, immediately becoming one of the biggest debut streamers on the platform.

What it means: Not for the faint-hearted advertiser, streaming platforms are no panacea of de-politicised, uncontroversial fun. It is a major medium for a younger generation with a tolerance for plurality – understanding and accepting that will be key.

Sourced from Streamelements, The Guardian, The Verge