The growth of Southeast Asia’s digital economy has already surpassed figures initially forecasted to be reached in 2025 – with 69% of Southeast Asian consumers expected to go digital by the end of the year.

According to a new report from Facebook and Bain & Company, the growth of digital consumers in Southeast Asia is expected to reach around 310 million by the end of 2020, with millions more expected to join in the coming years. This growth was originally forecasted for 2025 in the 2019 study, indicating a five-year acceleration within 2020 alone.

The report also found that the new forecasts for the average spend per consumer in 2025 will more than triple (3.5x) that of 2018’s figure, also exceeding the previous 2025 forecast – with spending patterns between Tier 1 and 2 cities narrowing. 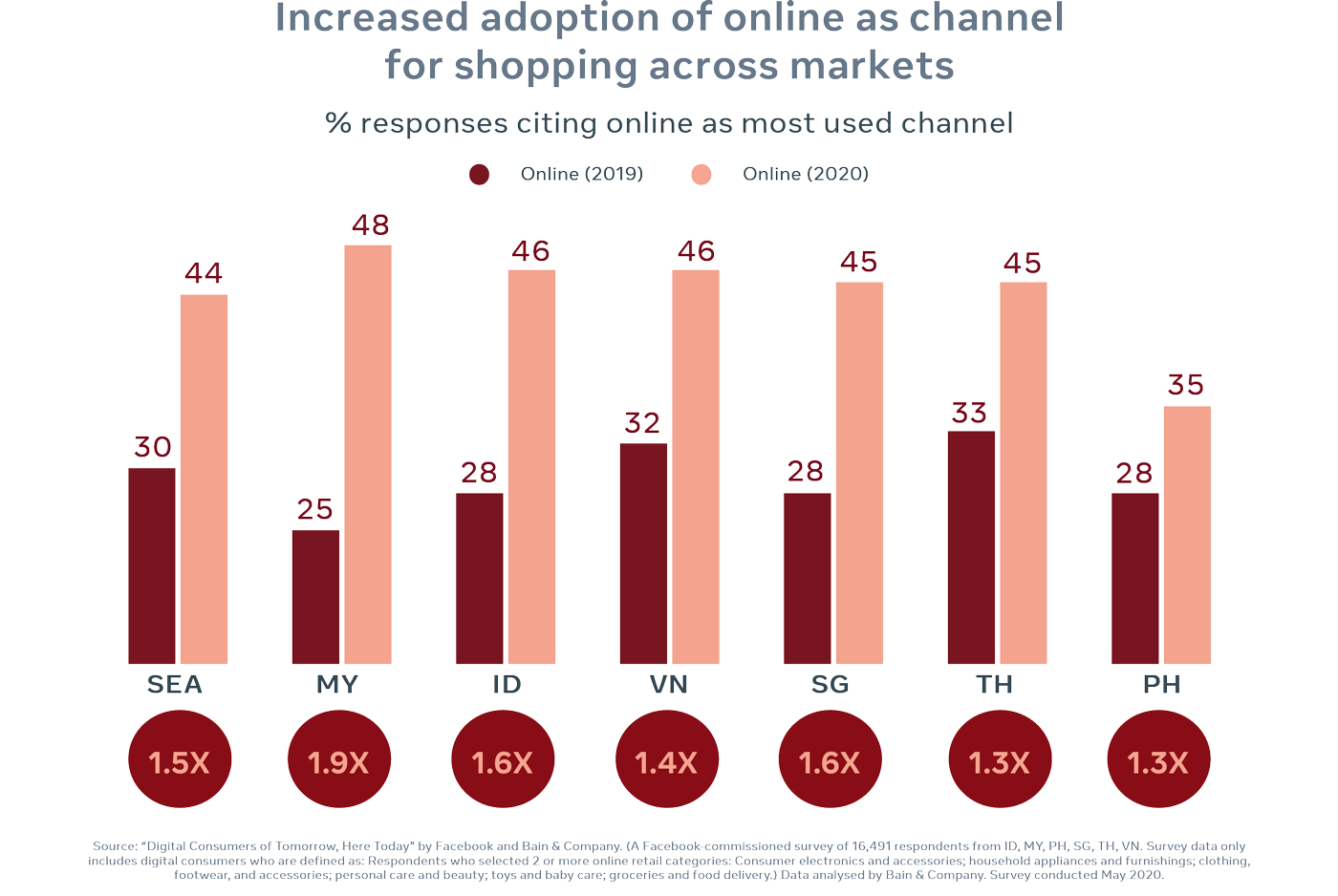 “With five years of digital acceleration condensed into one – the impact of digital adoption on businesses has never been more apparent. It is vital for businesses to connect with consumers in ways that are frictionless and to replicate in-person interactions through social platforms, messaging and short videos as much as possible to drive discovery and loyalty,” said Sandhya Devanathan, MD of Gaming, APAC, at Facebook. “Turbulent times are often the catalyst for the rise of new business models.”

Consumers in the region are not just spending more online as forecasted in 2019, they’re also buying into more categories online. By the end of 2020, the average gross merchandise value (GMV) in Southeast Asia is forecast to be US$172 per person.

“The number of Southeast Asian digital consumers has grown exponentially, and their consumption habits are shaping today’s new norm. Looking forward, online spending is expected to triple by 2025 and reach close to US$150bn,” said Praneeth Yendamuri, partner at Bain & Company.

With contactless and home-consumption habits expected to continue despite the easing of physical distancing measures, and in line with Facebook and Bain & Co.’s June 2020 research update Southeast Asia Digital Consumer Trends that Shape the Next Normal, people are also now more receptive to grocery shopping online with 43% of respondents in SEA doing so.

The study also highlighted the potential to build brand loyalty and growth as the e-commerce market remains fragmented. In 2020, savvy consumers are shop-hopping across 5.2 online sites before making a purchase decision — a notable increase from an average of 3.8 sites in 2019. Consumers are still searching for better pricing (42%) and product quality (34%) when browsing across sites. Similarly, 54% of respondents on average said that they changed their most purchased brand in the three months prior to the study, with reliability and value being the top two reasons for doing so. 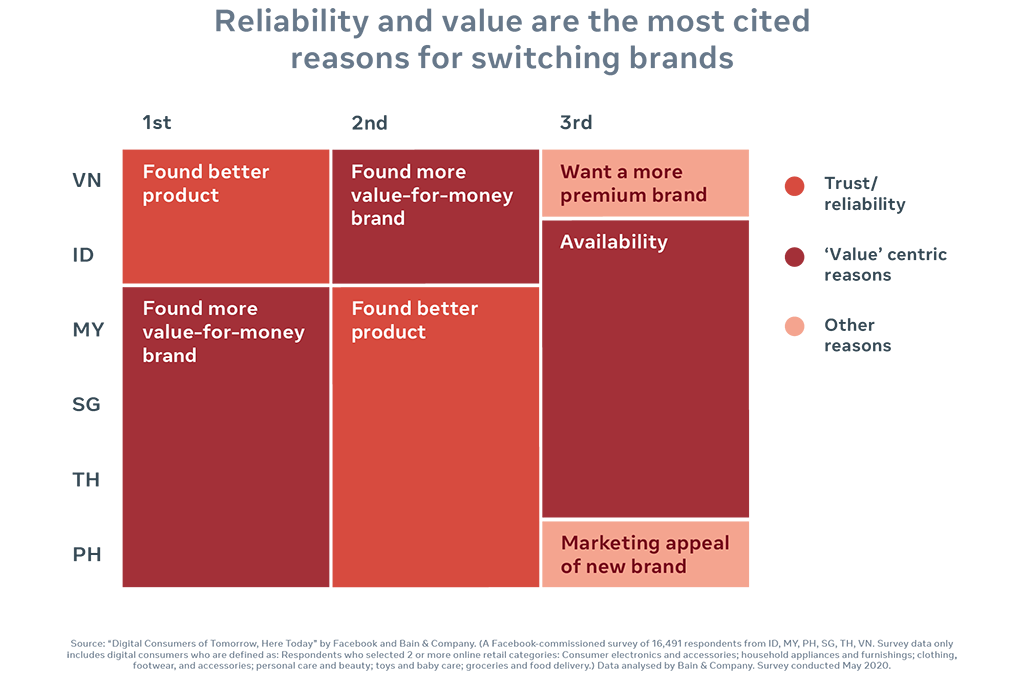 Discovery commerce and online inspiration remain all-important with 68% of consumers saying that they still do not know what they want to purchase before they shop online, while 62% (as compared to 50% in 2019) said they learn about new products and brands via social platforms, with short videos being cited as the top format of choice.

The study surveyed approximately 16,500 digital consumers and gathered insights from interviews with about more than 20 CXOs across six Southeast Asian countries (Indonesia, Malaysia, the Philippines, Singapore, Thailand, and Vietnam). Digital consumers surveyed are those who have made an online purchase in at least two product categories in the past three months.