Topics
For the first time, the strength of the Google-Facebook duopoly is reducing the pool of ad money available to other online media owners, according to a new WARC report.

The latest WARC Global Ad Trends focuses on the duopoly and says that of the $590.4bn spent on advertising worldwide last year, $144.6bn (24.5%) went to Google and Facebook, which equates to almost one in four dollars.

Looking only at the internet advertising market, the duopoly took over half (56.4%) of ad money in 2018, a share which WARC expects to rise to 61.4% this year.

This growth is squeezing other online media owners, as the pool of ad money available to them is now in decline for the first time, down 0.7% to $111.0bn. 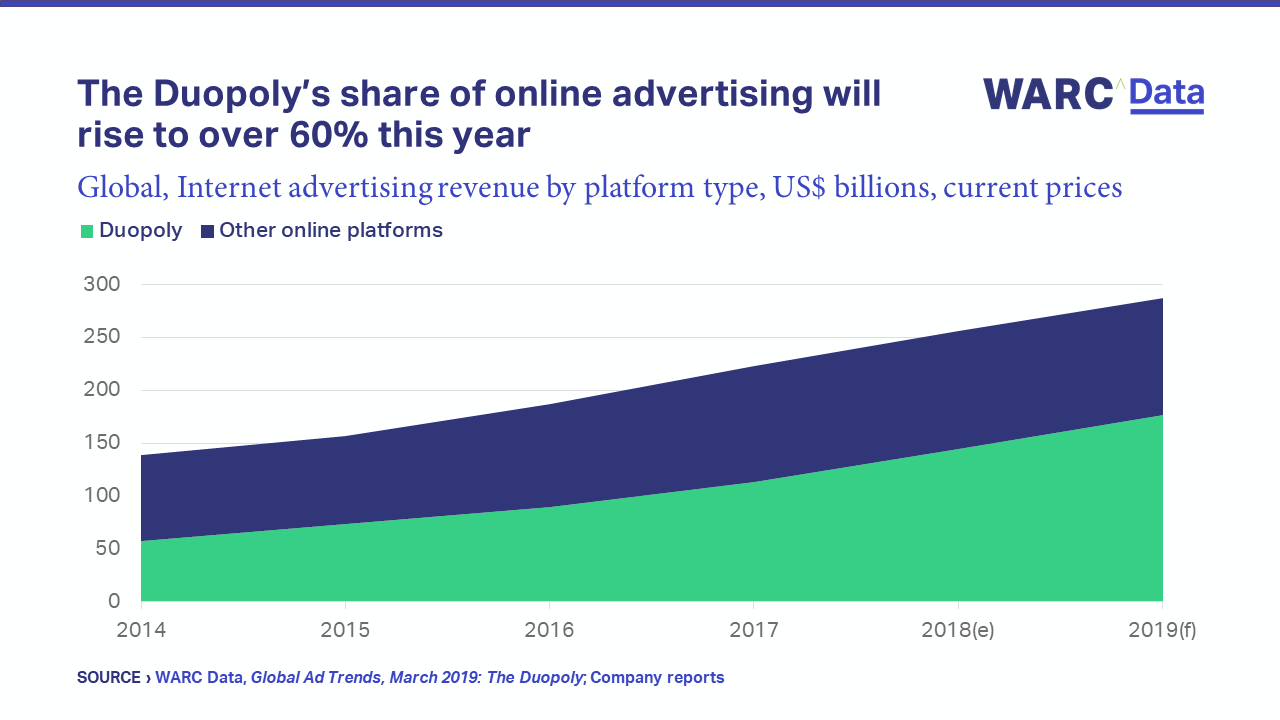 Other trends noted in Global Ad Trends: The Duopoly include:

“One of the main reasons for the duopoly’s success is their creation, and subsequent ownership, of the digital formats perceived to be most effective by adland’s decision makers: paid search and social,” observed James McDonald, Data Editor, WARC, and author of the research.

“Beyond major brands, the accessibility of the duopoly’s ad buying tools has attracted a long tail of small- and micro-advertisers, creating a competitive advantage which has been core to revenue growth.”