Topics
LONDON: The past year has seen a dramatic surge in the proportion of Britons watching Netflix, according to the latest IPA Touchpoints data, which reports that they are spending more time per day watching television/video than ever before.

IPA TouchPoints is a consumer-focused, cross-media, cross-device database that details how consumers are spending their daily lives and how their media consumption fits into this.

And the 2018 iteration indicates that British consumers are watching significantly more SVoD channels in general than last year (2 hours 20 minutes vs 2 hours 10 minutes), with growth fuelled by Netflix in particular: it is now the sixth most-watched channel for all adults, and the second most-watched for millennials.

The majority of viewing remains live broadcast but there has been an increase in on-demand viewing, while the Netflix effect is also evident in the fact that 52% of all television/video viewers say they binge watch episodes. 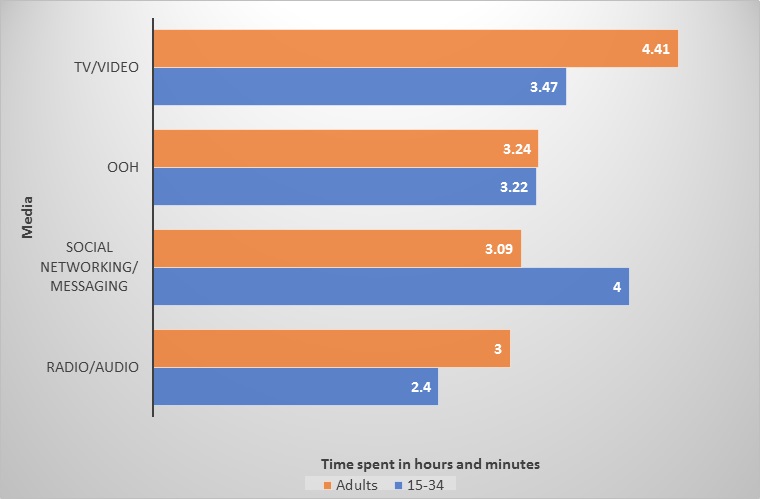 After television/video, OOH is the second largest medium, matching television on reach but with less hours exposure (99% / 3 hrs 24 mins). Radio/audio takes third place with a weekly reach of 91% and 3 average hours whilst social networking/messaging is now the fourth largest medium for adults with an 87% weekly reach and average daily hours usage of 3 hrs and 9 mins.