Malaysia 2019 OOH Adex Report by AIMs Research shows that while advertising expenditure (adex) for outdoor advertising remains consistent at 8% of the total industry adex, the market share of digital billboards increased from 2% in 2018 to 3% in 2019.

The report noted a drop in government, social and political organisation spending due to no major political events happening in 2019 compared to the year before when the general election was held. In terms of brands, Samsung leads the pack for OOH advertising, followed by KFC, Coway, TM, and Sime Darby. The rest in the top 10 are Celcom, Gamuda Land, Milo, U Mobile and Astro.

Real estate was the biggest spender for OOH in 2019, followed by retail, service, communication and automotive. The other industries in the top 10 are beverage - non-alcoholic, government, social and political organisation, finance, education and learning, and household and outdoor appliances. Retail recorded the biggest growth (20%) in 2019 compared to 2018, followed by the service industry (19%) and beverage - non-alcoholic (19%). 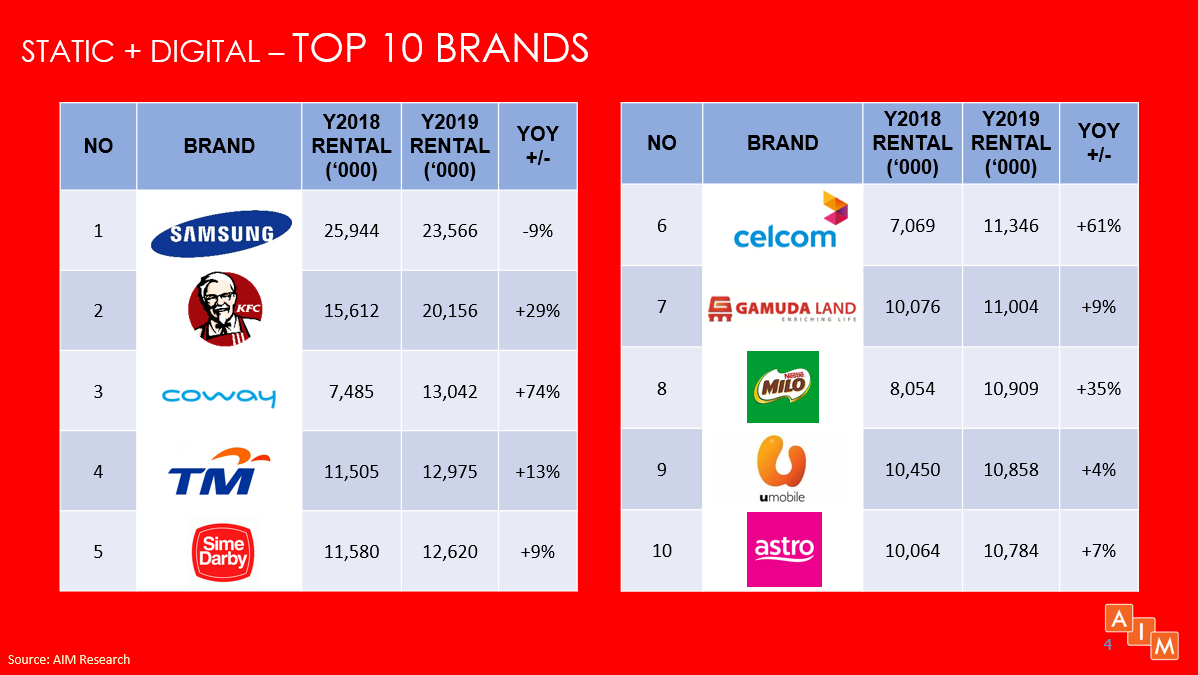 There was a slight decrease by 2% in the total outdoor industry’s adspend in 2019 compared to 2018, from RM1,288 million to RM1,267 million, however the report noted that most of the brands have increased their OOH adspend year-on-year (YOY).