The 3D MMORPG mobile game "Sael's Light" has entered the Korean market where the local competition is already very fierce, and was able to win the TOP1 download list in Korea within the first week while controlling marketing costs, and achieved daily new additions The number of users increased by 45% month-on-month. In terms of overseas strategy, "Sell's Light" conducts marketing and promotion from two aspects of effect and brand, makes full use of different overseas platforms to configure suitable materials, and plays different roles of KOL at different stages, thus creating users on the entire link Opportunities for expansion and retention. Read more

South Korea, the overseas market where the mobile game "케페우스M" (Searle of Light) landed, is full of competition from similar local top brands. To build recognition in such a market, it is necessary to formulate a comprehensive strategy for the early, mid-term and mid-term , starting from the goals on both sides of the effect and brand, expand the effect on multiple platforms, use multi-touch points including KOL and high-quality materials to attract new users, expand similar users, and finally achieve the desired effect.

"케페우스M" (Sell's Light) is a 3D MMORPG mobile game developed by Lingblade Games and released by Ujoy as an agent, integrating role-playing, magic 3D, and Korean aesthetics. It has a big world structure, fresh style of painting, and unique innovation Gameplay design, end-game social system, rich dungeon combat mechanism, will be released in South Korea in April 2020. In this fiercely competitive market with many local head games participating, "케페우스M" (The Light of Searle) needs to help itself stand out in the Korean player circle through a localized marketing strategy.

South Korea is the fourth largest game market in the world, and MMORPG (massively multiplayer online role-playing game) mobile games account for more than 70% of the market share in the South Korean market. Top manufacturers account for a high proportion, and the competition for users is extremely fierce. The cost of a single user is relatively high. Gao, for the first time "케페우스M (Sael's Light)" has entered Korea, it faces many challenges:

MMORPG is the most popular game type among Korean players, and the market competition is under great pressure. In order to stand out from the crowd of top Korean MMORPG products, in addition to full-line effect marketing, full-case promotion on the brand side is also essential . The strategy of combining product and effect not only helps to concentrate the volume of products, but also helps to reduce marketing costs.

For South Korea, the market with the fastest change in the list, the key to the launch of a new mobile game is the pre-registration period and launch period . If you want to rush to the top of the best-selling list as soon as possible, you need to let more Korean users know about the game in a short period of time.

Based on this, the pan-entertainment business team of Edianxia's overseas big media centered on the marketing goal of "케페우스M (Sel's Light)", starting from the Korean mobile game macro market, combined with localized marketing and promotion strategies, and formulated in the early, middle and late stages A comprehensive promotion plan .

Under the overall layout of the marketing promotion plan, the first is the implementation of the brand strategy. For Korean players who are relatively cautious about downloading games, multiple contacts are needed to increase conversions; in order to reach a certain level of pre-registered users, it is very necessary to create a "big sense" of the product on the brand side. Therefore, from the overall brand packaging such as brand concept and BI design in the early stage to pre-registration, the planning and execution of the promotion concept after the game is launched, to the invitation of spokespersons who conform to the promotion concept and brand image, and the production of high-quality TVCF (commercials) content, Quickly increase the volume of "케페우스M (Sayre's Light)" in the market.

Based on market research, the main target users of the game are men aged 30 to 40, so three artists with the highest ratings in the variety show "I Live Alone" were invited to participate in the brand promotion, namely cartoonist Qi'an 84 and actor Li Shiyan and Chengxun attracted more users' attention through video shooting and distribution of stars from three different fields.

When the pre-video shooting and recording preparations are completed, multi-channel exposure of "케페우스M" will be carried out simultaneously on TVC TV broadcasting, KOL cooperation and PR, so as to enhance the popularity of the game, increase the download volume, and increase the retention rate.

• Game KOL is not only a content producer, but also a connector and amplifier in the game industry, which has an important impact on game manufacturers, players, platforms and users. This cooperation promotion with KOL mainly covers the following two aspects:

- Pre-registration voting activity: On the official website of Searle Light, 6 KOLs will be linked to promote the platform. Fans will interact with each other from booking to voting to giving prizes in the lottery draw, which will strengthen product topicality and target user awareness; make KOL voting activity promotion Upload the video to YouTube to increase the participation of fans and expand the topicality of the event;

-Online live broadcast & video cooperation: Select live broadcast platforms such as AfreecaTV, Twitch, etc., let KOL broadcast live demo videos online, introduce the features and advantages of the game, and interact with fans; at the same time, cooperate with KOL on live broadcast content copyright on Youtube, and will later broadcast during the live broadcast Upload clips of the highlights of the game for players to watch repeatedly, and also attract more users to learn about the game 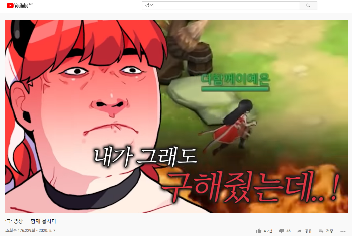 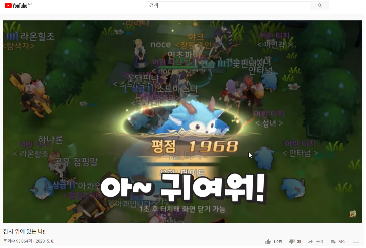 • PR is essential in brand marketing. The pan-entertainment team of Easypoint uses well-known local game media in Korea, such as INVEN, THISISGAME, FOMOS, NetKorea, etc., and plans and writes PR according to the product time node during the whole process of reservation-game launch-system update And Review review release, real-time monitoring of public opinion, and timely response.

Thanks to the large exposure of TVC TV and OTT in the early stage, "케페우스M (Sel's Light)" passed the exploration period smoothly and quickly, and entered the growth period. Therefore, in the later stage of the promotion, the pan-entertainment service team invited KOLs to continue to broadcast live on platforms such as Afreecatv and Twitch. Through KOLs' sharing of the unique gameplay of the game and the exposure of game highlights in stages, they continued to interact with fans and stabilize the core user group. 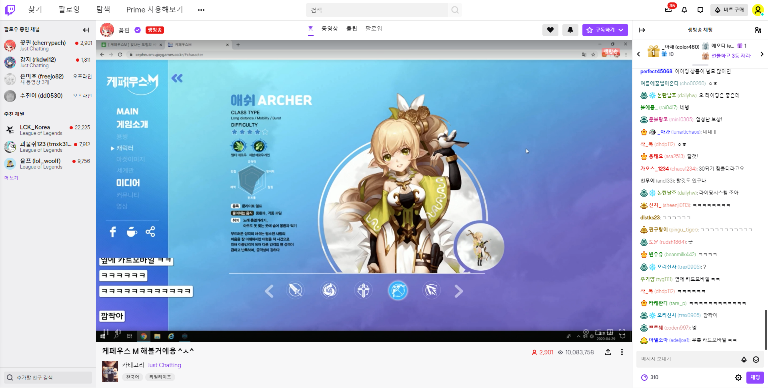 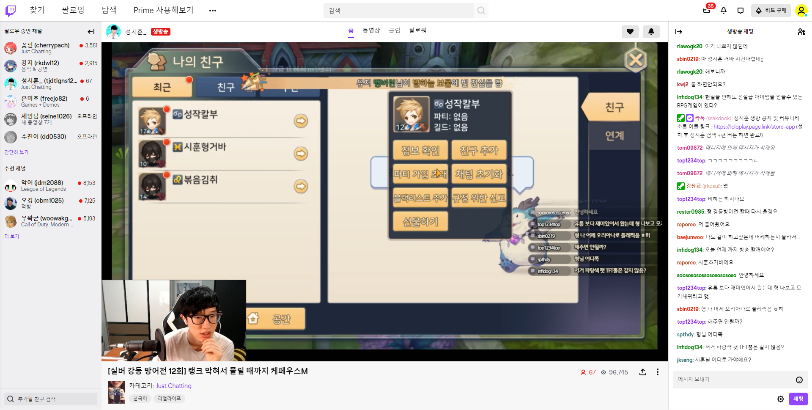 The quality of creative materials directly affects the user’s perception and first impression of the product . Using high-quality creative materials to reflect the high quality of Searle Light, and connecting corresponding users through the subdivision of materials, is to make the brand popular in the local market. The key to standing out.

Material preparation: Combining original materials to produce banner advertisements and videos, fully highlighting the unique style of the game and the promotional features of the spokesperson, and editing guiding copy adapted to the game activities. 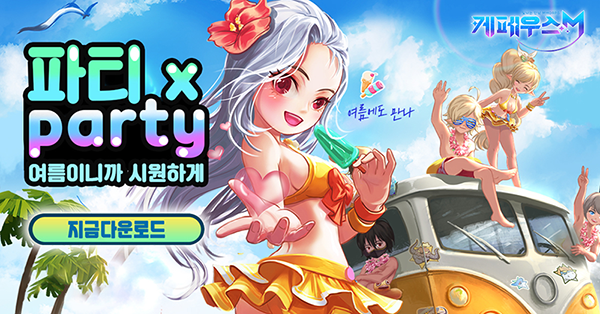 Material division: The male audience of mobile game products accounts for more than 70%, and the material mostly highlights team battles and single-player fighting scenes, and career choices are mostly assassins, fighters, etc.; but in the process of introducing new users in the initial stage of the product, female audiences There is some attention, so the material for female audiences is mainly based on cute pets, romantic plots, and farm leisure games.

Material optimization: When optimizing material, pay attention to the user's use scene, consider the large amount of information output in the fragmented time, customize the material for different scenarios, and launch different forms of video material in non-Wi-Fi mode and Wi-Fi mode;

At the same time, the content of the material is optimized in combination with the overall style direction of the game itself and the characteristics of the two-dimensional elements. In order to better suit the Korean audience, the pictures and video materials are translated and dubbed.

Today's Internet content is often short-lived, and what can really be retained in the user's memory must be valuable and high-quality content. High-quality advertisements and a reasonable platform layout can greatly increase the influence of products on the public .

Relying on a full range of head media resources, Edianxia gives priority to Google, Facebook and TikTok in the layout, and makes layouts according to the materials and effects suitable for each platform, and uses the powerful user reach of the platform to show the light of Serre to the public The content and characteristics of the game, efficiently find potential users and expand similar players. 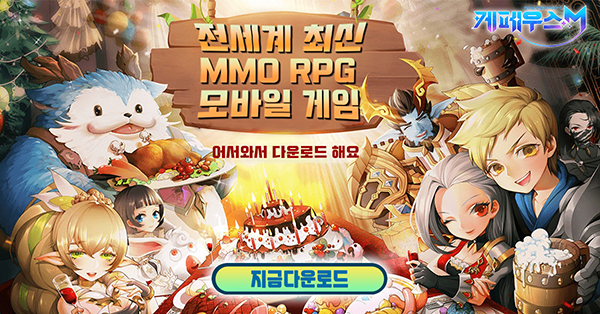 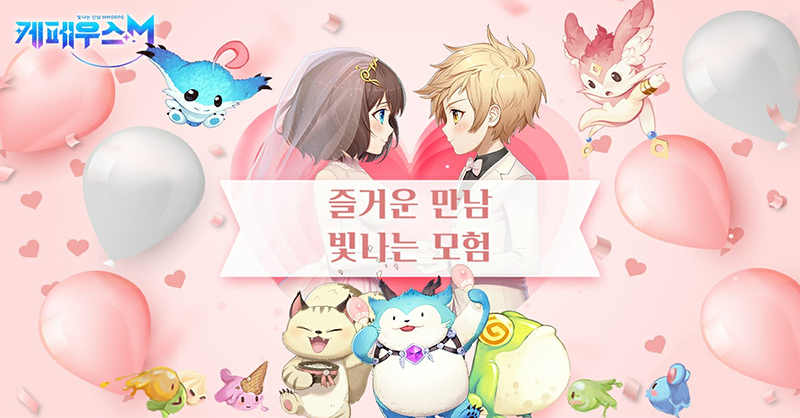 The product promotion picture materials in the early stage are mainly used to increase product coverage, build popularity, enhance users' favorability and awareness of the game, search for potential users on the Internet, and warm up for server opening (opening the game server);

The video materials for equipment upgrades, team battles, and differentiated gameplay are based on "guiding users to complete registration" as the promotion goal, optimizing registration costs, and using AEO (in-app events), that is, completing registration, to expand similar audiences. Enhance product influence;

3D video material is to output the game theme and gameplay to users in the highest quality form, so as to expand similar audiences, strive for relevant paying users of competing games, as well as similar audiences and Google's AEO and AVO combined audiences, and enhance the game's popularity. App platform ranking and exposure.

In addition, in the early stage of advertising, select suitable media and user groups according to the promotion data of historical product categories, and display high-quality media around the clock to increase downloads.

At the same time, the domestic online promotion team is equipped with a separate Korean optimizer to assist the Korean local team in the promotion and operation, to facilitate timely understanding of product data, and to dynamically adjust the promotion strategy based on the feedback from the local audience of the product.

• Self-owned DSP platform: Promote in the connected media in the form of real-time bidding, during which the number of media has been continuously increased from 1 to 11, including local media Moloco, Samsung, etc.

• Self-owned management system: connect with the data platform AppsFlyer, receive conversion and in app event callbacks in real time, and track the performance data of different media and different advertising positions; according to the query results, set up black and white lists on the campaign page to filter media and advertisements under media location; in the later stage, by optimizing the number of media and advertising positions, shut down the amount of media with poor effect, and then control and recycle

Nowadays, pan-entertainment content marketing has become a trend. Only by paying attention to the market and user needs, giving the brand modern meaning and growth planning, and creating a diversified localization strategy can we better capture the market and establish brand confidence and industry benchmarks.

Just as Li Tingting, Senior Director of Cyberklick’s Pan-Entertainment Business Department, said: “The fiercely competitive domestic game market has entered the stock stage, and the road to overseas gold mining for games is starting to sail. The successful breakthrough of many MMORPG mobile games shows that the game is not only a form of entertainment, but also a cultural transmission. Behind the culture, users are the core. The localized brand strategy is based on the precise market environment Analysis, insight into player characteristics, integration and output of local culture, plus the blessing of social interaction with users, have made Sel's light go out to sea. "

© Copyright remains with the source 2022