Why Meta’s Cicero AI matters to advertising | WARC | The Feed 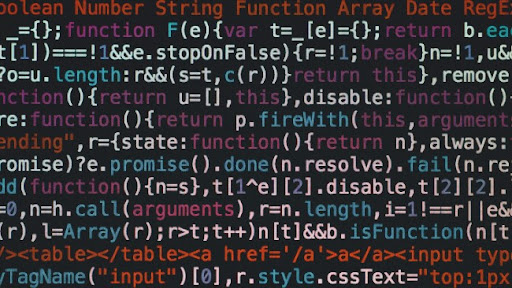 Meta is pumping huge amounts of money and effort into boosting its AI capability, an approach that has led to the development of CICERO, an AI capable of influencing people’s behaviour in a strategy game.

It indicates a big leap in the company’s techniques and sheer computing power, with implications for advertising.

CICERO was trained to play Diplomacy, a seven-player strategic board game which requires the winning player to understand the motivations of other players, as well as negotiate, persuade, and collaborate with them.

The AI eventually reached a point at which it was scoring “more than 2x the average score” of humans, Meta says. Those interested can find full details here.

Though it is not yet perfect, reports suggest that the mistakes it makes are very similar to the mistakes humans make when playing the game.

The prospect that AI is capable of using strategic reasoning and natural language to “convince” real people, as the press release explains, will worry some, but there is more to ponder.

Meta prefers to focus on the possibility that sophisticated assistant software will be able to sustain long conversations with users, or even impart knowledge through a kind of computer-based Socratic method.

But it could also be used for next-generation video games, with a non-player character (NPC) interacting with the player’s motivations. The possibilities are quite incredible.

Outside the tech considerations, the announcement is proof that the company is attempting to fix its ad measurement capability through major investments in “fortification” against risk. These risks centre on AI and the data centres needed to run them.

Signals in the earnings noise

Meta’s last two results have been tough for the company, with revenue declines beginning in Q2 and accelerating in Q3, all playing out against a backdrop of fast-rising costs and plummeting margins.

While much analyst and press interest focused on the costs of the metaverse, there was less chatter about the $9.5 billion capital expenditures, driven by investments in servers, data centres and network infrastructure.

In the same results, the company noted that the company was planning to spend $34-39bn on further investments in this area in the coming year. “An increase in AI capacity is driving substantially all of our capital expenditure growth in 2023,” it said.

Big advances excite AI practitioners and terrify the rest of us, but the sheer potency of the advances suggests that some of these investments are bearing fruit (even if other Meta efforts have struggled).

Not another nerdy whim

Back in Q2, Zuckerberg had suggested that AI could mitigate against the impact of Apple’s APP-tracking transparency:

“Advances in AI enable us to deliver better personalized ads while using less data. It powers automated messaging and creation tools that let businesses run better-performing campaigns – which is particularly important for small businesses that don't have big marketing departments and that have been hit hard by Apple's policy changes.”

Already in Q2, 15% of Instagram recommendations were AI-powered, and that proportion is expected to double by 2023.

Ad products such as the Advantage platform feature some of these changes – marketers relinquish some control over data and targeting and let the algorithms optimise toward conversions (either sales or app downloads).

Of course, none of this can reverse the slowdown in digital ad spending that has afflicted many more companies beyond Facebook. And it does little to allay advertiser concerns about measurement black boxes – though the focus on SMBs here is important, given that spending from this customer base remains solid.

While its commercial applications are currently based in customer service and potentially advertising, we should all hope that Meta will proceed cautiously with technologies of such potentially manipulative power.

Between Dall.e 2 (a text-to-image generator) or GPT3 (a natural language generator), powerful new AI technologies are developing far faster than the rules that govern them.

Like the major tech businesses which outpaced the competition and privacy laws that govern them, there are significant risks if this tech is not properly policed – not least a world in which we are increasingly unable to tell what is real and what is fake when the machines are able to convince us.