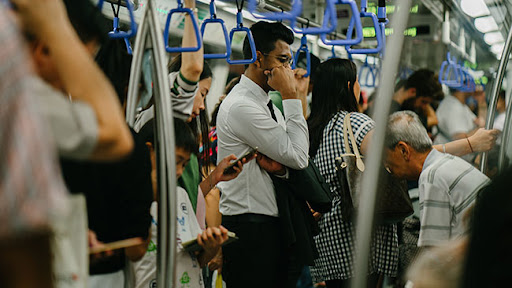 Office life is back, but less than before, more flexible than before, and providing less of a lunch occasion than before even if people are getting snacks for their commutes – results from shared workspace provider WeWork and British bakery chain Greggs sketch the complicated reality of the return to ‘normality’.

Travelling to work five times a week versus just once, twice, or sometimes not at all constitutes a radical shift in people’s habits, not only as workers but as consumers of travel, inner-city lunches, and media.

Globally, in-person office work appears to be normalising, according to the new-look, post-Adam-Neumann WeWork. But increased co-working doesn’t necessarily equate to a return to 2019 levels.

More interesting to marketers is the rates of physical occupancy the company is reporting:

London, interestingly, came in for a specific mention as a bellwether city as WeWork’s gross sales in the British capital equate to 39% of all London’s traditional office leasing (it manages around 1% of all the office space in London), as the market leads “the shift to flex” in WeWork’s telling.

You are what you eat

Greggs, the beloved UK bakery chain, is seeing strong growth in transport-hub based buying, even as city-centre locations lag the rest of the estate, according to the latest Greggs trading update.

Sales were up 27% in the first 19 weeks of the year versus the same period in 2021. As this point in 2021 saw just a partial easing of lockdowns, the firm notes that growth figures are likely to normalise in the coming months. It warns not only of cost increases weighing on the company but also on consumers’ wallets.

The company has continued to open new shops, as it refines its retail strategy.

In case you were curious as to the shifting tastes of the nation: “Sales of hot food and snacks are showing particularly strong growth, with chicken goujons and potato wedges proving popular.”