Welcome to the world of virtual commerce | WARC | The Feed 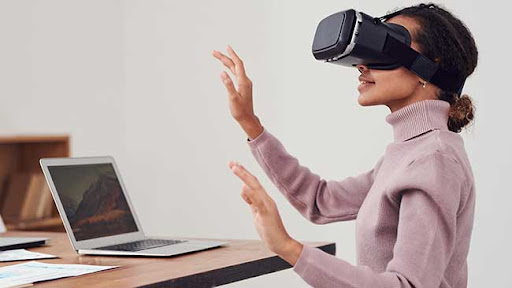 Welcome to the world of virtual commerce

Meta, the company FKA Facebook, will start testing a feature through which creators on Horizon Worlds – the company’s prospective metaverse platform – can sell virtual goods and experiences within the worlds they create.

Like most of this stuff, Meta isn’t the first to do it – other prospective metaverses like Roblox have been selling creator-made virtual products for a while now – but Meta’s move will have repercussions because of the company’s sheer size.

Yet competition is brewing. This week, Sony and Lego Group ploughed $2 billion into Epic Games, the maker of Fortnite, with a view to creating a metaverse specifically for children.

It follows Microsoft’s $75 billion acquisition of Activision Blizzard. This is all getting quite serious.

Announced on Meta’s product blog but fleshed out on The Verge, the test will involve a “handful” of North America-based creators who will be able to sell virtual items.

It accompanies the testing of the “Creator Bonus program” in which creators “will be rewarded for building worlds that attract the most time spent” in Horizon.

Of course, from a strategic standpoint, Meta will aim to make the cut of the virtual items’ purchase price. As The Verge notes, this is all a bit complex, as Meta will take 25% of what remains after the platform fee. Therefore, on Meta’s own Quest Store, a seller will sacrifice 30% to the platform (Meta) and then 25% of the remaining fee.

Quest Store is already a relatively big business for Meta, having recently cleared $1 billion in revenue, according to the VR news site Road to VR.

While this is mostly a VR-based idea, the company does have plans to bring Horizon Worlds to more mainstream platforms like mobile phones and potentially even games consoles.

Where this all goes

The big question is whether this actually presents a real opportunity for brands beyond the kind of gimmicky experiences that came to define their involvement with metaverse precursor Second Life (more on those experiences here).

Certain interesting examples may be found in instances where a virtual space can solve a real need, presenting brands with an opportunity to become involved – though some refinement is still needed.