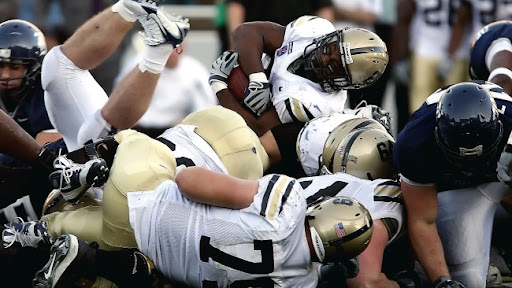 US gambling firms buy their way onto college campuses

Illegal across most of the US until 2018, sports betting is emerging as a potentially massive business – but revelations in The New York Times have raised questions about some of these betting companies’ relationships with universities, indicating a strategy of targeting young, would-be gamblers.

Studies suggest that young men with college degrees are more likely than other US demographics to bet on sports, which would make universities good places to market gambling services if you were inclined to think cynically.

While lobbying efforts are taking place across the country, the fact that most of these deals were made in private, and many remain undisclosed, speaks volumes.

At least eight universities identified by The Times now face questions about the propriety of these relationships – with some marketing allegedly reaching underage students – as they attempt to claw back revenues lost during the pandemic.

A new kind of betting

For a measure of the potential issues in other places, the UK is a good place to look. A 2020 parliamentary report found that 60% of gambling's profits come from just 5% of its users, a proportion that hints at the overspending of some individuals. The country’s data protection watchdog is now investigating the targeting techniques that could re-engage addicts who had quit.

It’s important to note that the new generation of online sport betting platforms don’t just allow people to bet on outcomes, but often to place bets within a game.

In an essay in the Guardian, one columnist who admitted to compulsively betting on tennis matches explains the possibilities: “There are never-ending markets. You can bet outright on who will win matches, or whole tournaments. But you can also bet on whether Player A will win their first service game. You can bet on what the score of that first service game will be. You can even bet, during the game, on who will win the next point.”

In addition, gambling's promotion remains deeply controversial. In 2021, YouTube brought in wide-ranging masthead bans to curb the promotion of gambling.

The New York Times story is based on a long investigation into the relationship between the betting company Caesar’s Sportsbook and several US universities.

“It just feels gross and tacky for a university to be encouraging people to engage in behavior that is addictive and very harmful,” Robert Mann, an L.S.U. journalism professor, told The Times.

Sourced from The New York Times, The Conversation, WARC, The Guardian