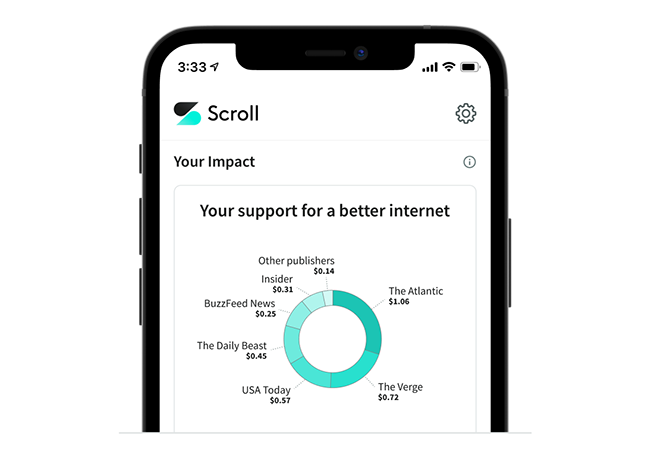 Twitter has bought Scroll, a subscription product that removes visual and computing ad clutter from news sites while sending on a slice of the subscription price ($5) to the participating website. The service is expected to form part of Twitter’s eventual strategy to create enough value for a full subscription layer.

Twitter has been key to building online influence for a long time, especially for writers and journalists, but in recent years it has watched as services like Substack and Clubhouse have built services that have beaten the microblogging site at its own game. Now it has made its second acquisition of the year to ward off that challenge.

Twitter’s advantage in building a paid offer here is its penetration among writers and the potential to offer a one-stop-shop on both sides of this relatively small but important marketplace.

Though deeply influential, Twitter has never gained the mass adoption of Facebook or Google. As a result, it has lagged financially while remaining particularly vulnerable to charges of too much or not enough content moderation while subsisting on its advertising business.

Scroll joins Revue, a newsletter service and now rival to Substack, which will allow writers and journalists – who are likely to use Twitter anyway – to link both outputs while monetising their writing.

The news follows the platform’s rollout of its Clubhouse copycat, Spaces, to anyone with more than 600 followers on Monday. In the near future, the company is expected to announce several key features like ticketing, scheduling, and co-hosting. As an industry particularly keen on events, expect an advertising-themed Space coming to you very soon.

Next steps will be for that subscription offer to start putting meat on theoretical bones, namely how it will make itself both simple enough to understand and attractive enough to retain the talent on its platform and articulate to it how it will add value beyond the biggest names.

“As a Twitter subscriber, picture getting access to premium features where you can easily read articles from your favorite news outlet or a writer’s newsletter from Revue, with a portion of your subscription going to the publishers and writers creating the content” – Mike Park, VP Product, Twitter.