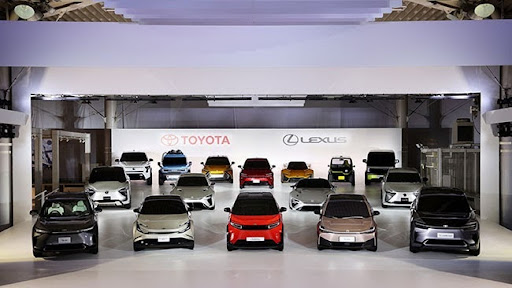 Toyota bets on scale to catch up to EV race

Toyota, the world’s largest carmaker, is going electric in a $35 billion effort to sell more than three million battery-powered vehicles by 2030.

The new ambition, outlined in a press conference this week, is to sell 3.5m vehicles through an extensive product line ranging from commercial vans to luxury sports cars.

What it shows is how the technology is normalising, having been made desirable by Tesla at the high end of the market and setting investors’ hearts racing with stratospheric stock prices.

For the marketing community, this means the lexicon of automotive will continue its profound change towards green messages and carbon neutrality (in advertising if not yet in product).

A switch in emphasis

Toyota is well known as the maker of the most visible hybrid car in the world, the Prius, whose hybrid technology epitomised Toyota’s strategy until now: a mix of technologies to ease the transition to a less carbon intensive future. Now, though, it appears that the momentum has shifted, and the company is prepared to talk up its electric chops.

It’s really important to remember that this isn’t a knee-jerk reaction to Tesla’s popularity (though the timing chimes with Tesla and SpaceX founder Elon Musk’s anointment as Time Person of the year). For instance, the firm has been working on EV technology since 1992, while Musk was in uni.

Notably, Toyota will reflect Tesla’s entry at the top end of the market by making its Lexus brand – popular in key EV markets in the US and China – the leader of the effort, with all the marque’s models to be fully electric by 2035.

“I wasn’t interested in Toyota’s EVs until now” says Akio Toyoda, president of Toyota Motor Corporation in comments reported by the FT, “but now I’m interested in future EVs.”