The office: are we ever going back? | WARC | The Feed 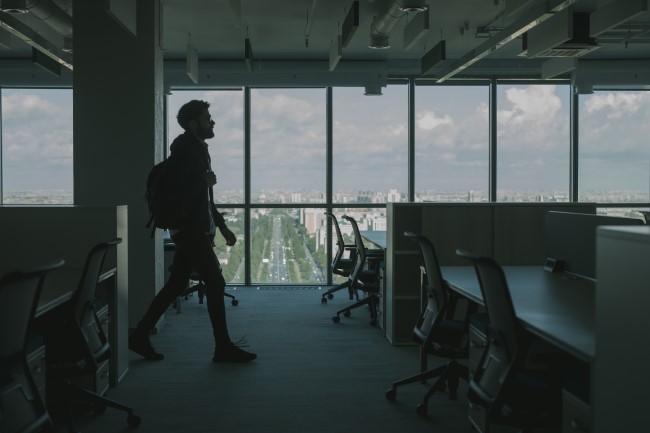 The office: are we ever going back?

Major agencies and brands alike can return to their offices around the world, but the workers that occupy them and the world they inhabit has changed – how to square this circle?

The office is back(ish), but in a new and more complicated incarnation. Mondays and Fridays see drastically reduced attendance, if any, while the ideal of central offices built for collaboration are complicated at a time when a less-frequently used office space would suggest a cost-saving opportunity.

Balancing the company finances, worker productivity and happiness, and the limitations of the space itself will require a rethink of the structures of the office but also of the week and day.

IPG-owned agency R/GA announced last week that it would shut its large New York and San Francisco offices in light of profound shifts in working patterns where, according to the company, 80% of product teams bring together people from more than one location. In effect, the agency will downsize its New York presence, reopening elsewhere in 2023, while other locations will consider a local hub model.

In a thoughtful LinkedIn post about the news, global creative chief Tiffany Rolfe made an interesting point that for as long as the pandemic meant that people needed to work from home, the question among leadership and employees alike has always been “when are we going back?”

Instead, the better question is “what are we moving towards?” Is it possible to marry the increased flexibility (and often the huge cost savings for individual commuters and working parents) with the focus, buzz, and accidental collaboration of a city-centre office?

The post-pandemic office is in a tricky spot. The idea of a collaborative space is a noble one, but the nature of work is different: global companies now work across global teams daily. The working week doesn’t divide easily into days of collaboration and days of focus. Often, the experience of the modern office is one of sitting with people but meeting digitally.

Offices require a balance: places to focus – more crucial than ever after two years of relatively self-controlled working environments – and places to meet a colleague, a group of colleagues, or work together in a huddle. Senior staff or staff dealing with sensitive documents or conversations need to guarantee privacy – this is an emerging challenge.

Designers are grappling with this blend of open spaces for large teams to sit together, along with more private individual quiet spaces – for want of the word cubicles – as well as booths for huddles of two to four. This is an ongoing challenge.

Hybrid work is going wrong: it’s about the structure of the week

But the challenge is bigger than geography. Research from Gartner suggests that a new settlement is needed, one that mixes “intentional collaboration and empathy-based management”.

This is a long way of saying that office time isn’t just for employee surveillance, and instead requires a structured week, one that mixes autonomy with accountability and considers the nature of the specific project or projects at hand: are they at a phase of individual, focussed implementation, or are they collaborative in nature or at an ideation phase. It argues for:

Microsoft has identified a new pattern to the working day – the “triple peak day” – which observes that some interaction with certain working tools is taking place in the late evening, but the Atlantic’s Derek Thompson also posits that there’s a deeper expansion of work.

The working day is getting longer, caused by the blurred boundaries between work and office as well as a 250% increase in meetings versus pre-pandemic, according to another piece of research from Microsoft.

His conclusion is that a deeper shift in thinking has to happen: one in which we stop seeing work as a synchronous activity in which all parts of the organisation are active at the same time to one in which collaborative work can happen asynchronously.