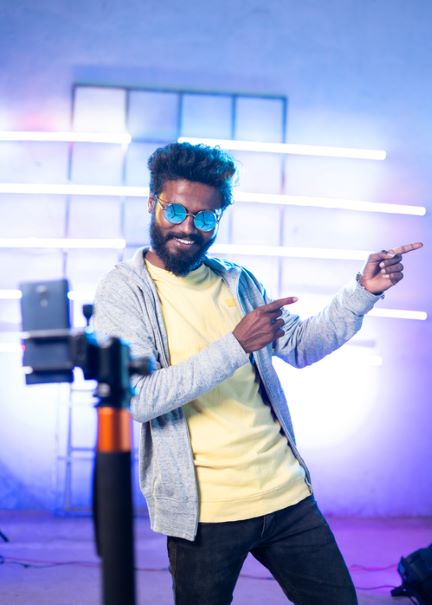 It’s a good time to be a content creator in India, as US tech giants pour money into the short-form video market there, even as they’re becoming more cautious in the rest of the world.

Before Chinese-owned platform TikTok was banned in India, it was reported to have 200 million users and observers suggested that as many as one in two were content creators. Whatever the truth of that, most creators were quick to move to the new local platforms that sprang up, with brands following.

India is frequently cited as one of the fastest growing short-video markets in the world and could eventually be worth as much as $20bn by the end of the decade with associated apps commanding a fifth of digital ad spending, according to local consultancy Redseer. With that sort of money in the mix, competition has mushroomed since TikTok’s ban.

Now the US giants are muscling in, partly to ensure their dominant position in the local ad market, partly to have a testing ground for algorithms that can then compete against TikTok and protect their ad share in their home market. But Meta and Google are adopting rather different strategies, Bloomberg reports.

Meta’s Instagram has around 400 million users and it is now attempting to turn its Reels offering into a direct TikTok replacement. Its approach has been to invest in programs that help creators make money – its teams look for musicians, dancers and comedians who show promise on the platform and then go out and give them training in the use of audio-video tools and social media trends. “Our goal is to have a big global celebrity come out of India, out of its small towns. That’s our North Star,” Ajit Mohan, Meta’s India chief, explained.

Google-owned YouTube has almost 500 million users and launched YouTube Shorts soon after the ban. And as well as its own short-video offering, Google is also giving its backing, via its $10bn India Digitization Fund, to several of the homegrown versions of TikTok, including Roposo, Josh Moj and MX Takatak, all of whom are also on the lookout for local talent that can attract and hold users.

“No matter who wins India’s short-video war, a US tech company is sure to profit,” says Bloomberg.