Predictions for the next decade of sport streaming | WARC | The Feed 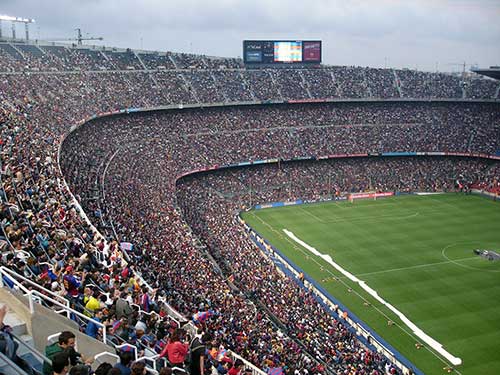 Predictions for the next decade of sport streaming

As streaming enters the mainstream of sports viewing, a new paper anticipates that fans will increasingly subscribe to a handful of services, expecting the ability to switch plans on and off as needed.

Why it matters: The magical critical mass for sports streaming success might be 50m active subscribers, as two media veterans predict how the direct-to-consumer streaming giants, with their large international audiences and flexible packages, leave no one dominant player but multiple platforms selling certain sports.

This is according to an exploration of the future of sport broadcasting by the media consultants and former heads of NBA Broadcasting in the 1980s and 90s, Ed Desser and John Kosner, writing in Sportico.

Still got it: “Sports is appointment viewing, an advertising magnet and a means of counter-programming against services with stronger libraries like Netflix.” Sports are both promotion machines and some of the most promotable content out there.

Growth potential: SVOD platforms are approaching saturation in many markets, but the US has its own quirks of distribution. Broadband penetration is higher than traditional cable networks, which makes the exposure an SVOD platform offers arguably superior to cable providers given the headroom in the market.

The really worrying thing: the new guard of video titans – Netflix, Amazon Prime, Apple – “can justify outspending linear TV because of their scale, applications for data, and superior monetization capabilities.” Worse still, they don’t even have to.

One size no longer fits all: Leagues are likely to align with the highest bidder, which means that the all-in-one subscription for all available sports will likely recede. In its place, platforms able to reach out to a younger fanbase will make individual sports more accessible.