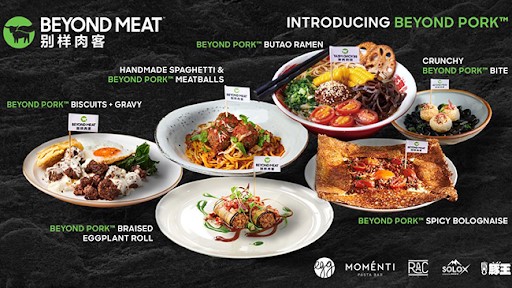 Strong funding and on-the-ground reality meet a long-standing acceptance of plant-based meat substitutes across the continent, as tech and commercial trends drive its adoption.

Shifting consumption away from animal meat is increasingly an environmental imperative, and whether we like it or not, it’s what we’ll have to do if we want an earth to live on.

But Asia-Pacific and China aren’t just good regions to sell into, there is vast potential for home-grown companies to emerge to take on (and maybe even help save) the world.

The opportunity is vast, with some estimates expecting the plant-based meat and dairy category growing to $45 billion by 2025, according to Nestle, just one of the major food companies now training its considerable R&D and distribution capabilities on this burgeoning market.

According to Tech in Asia funding for alternative protein startups has surged fivefold.

It’s not only investor interest, however, but the proximity of innovation hubs to centres of intense agricultural production which make Asia, and particularly the Southeast of the continent, a critical hub.

In India, where there are already many vegetarians, just under half of consumers are willing to try plant-based alternatives, with trials now essential to showing how good these products are getting.

In China, meanwhile, the centuries-long use of vegetarian substitutes for meat and seafood, meets modern e-commerce capabilities for international companies like Beyond Meat launching China-specific flavours like savoury black pepper into the market via Tmall to boost its Beyond Pork range (pictured).

While tastes may change, distribution remains a challenge that e-commerce alone won’t be able to solve. However, with greater investment they can move beyond specialist retail and into the mainstream.

Sourced from WARC, Tech in Asia, Food and Wine, GreenQueen