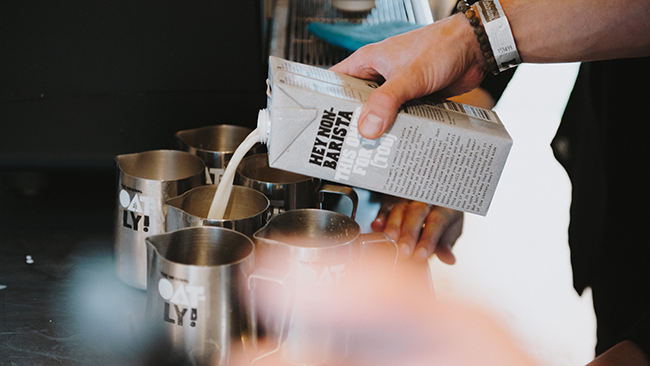 Oatly, the Nasdaq-listed Swedish alt-milk firm, has posted a 53% rise in revenues compared to the year before as health and climate consciousness boosts the company’s fortunes.

Having listed on the New York based exchange known for its tech stocks in May, Oatly remains thoroughly in expansion mode as it grows production capacity (in the three months to July it grew 43%) and has subsequently announced a 50% expansion of its Utah plant.

Arguably the leader in the hugely popular alternative milk space now worth $17 billion worldwide, per Euromonitor data quoted by the FT, Oatly’s tactic of finding change at the all important coffee counter saw it shift the category norm away from unfashionable health food to a ‘barista-certified’ lifestyle choice that chimes with the public’s growing acknowledgement that they ought to reduce beef and dairy consumption for the good of the planet.

“2021 represents the most transformational year in our Company’s history with the completion of our successful IPO in May, which has provided us with the capital to fuel new production capacity globally as we scale our business across three continents to meet the robust consumer demand for our leading oat-based brand” – Toni Petersson, CEO, Oatly.